Xbox achievements not unlocking whilst playing on steam

DESCRIBE THE ISSUE IN DETAIL (below). LIMIT TO ONE BUG PER THREAD.
I´ve recently bought the Knights of the Mediterranean DLC on Steam, however when I unlocked a number of achievements on Steam they did not carry over to Xbox live even though I was signed in.
First I thought that it might take a day for the Microsoft servers to update, but when I checked the following day they still hadn´t unlocked.
I then signed my Xbox live account out and in again and tried another game, but they still did not unlock and I cannot find a solution in the forums. 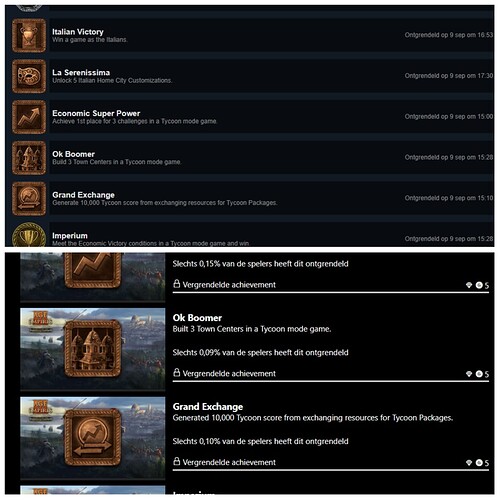 It still has not synchronised with the xbox network. Is there a solution?

I am having the EXACT same issue. Is there a solution yet?