You heard it here first - the new civ is Malta

Can a dev or an official give us some hints ? just a word please

Do you still stand behind your prediction?

Haha I’m really happy with the news. I love the later civs and always thought it was the archaic, not the more advanced units that felt out of place.

Malta was just as unlikely in my mind as Mexico so hey, more power to you

the thread is a joke, you shouldnt take it serius.

the new faction was mexico btw.

We all owe this guy an apology.

Assertive Wall please let us know what the next out-of-left-field, civ-that-nobody-wanted civ will be. You are the oracle now.

Just imagine siege defenders with a metal stick throwing burning metal circles from a defensive position, not a gladiator unit with smalls hoops.

Ugh :S, they made it

All I can say is: apology accepted. 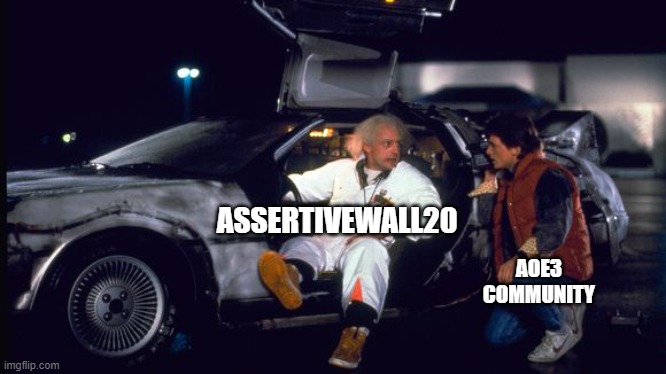 Prophets are never welcomed in their hometown.

@AsertivoWall20 It’s good that I never contradicted you, but I didn’t support you either. I wanted to be neutral XD

Now that Malta AND Italy are indeed here and I am indeed quite enamored with the Maltese addition. I tip my cap off to you @AssertiveWall20.

Malta, seriously? Add Polish-Lithuanian Commonwealth as it fits the AoE3 game period perfectly and will bump sales a lot more (check the AoE3 paying user base).

Okey, now it’s hard to predict, just give some reasons but devs will do whatever they will want.

But probably no more Europe civs (they are represented by the Royal Houses), but who knows.

Yes, the same I say, although it is good that they divided the European continent into thematic dlcs by seas: Mediterranean Sea (Italy and Malta), Baltic Sea (Poland and Denmark) and Black Sea (Crimean Tatars and Georgia)…

I think they will add European civs later, but I think that the next dlc would be in the Middle East, with Persia and Oman…