The 9th and 17th bug is unforgivable and a downgrade compared to the CD version, so developers have to create a new patch.

CODE BUGS:
9. Petsuchos and every unit with lightning attacks (SoO, Man O War, Mirror Tower) are completely buggy in EE.
- Petsuchos (SoO, Man O War and Mirror Tower) changes target after third shots despite of a direct order, it chooses the closest target. In Titans it keeps firing the original target.
- It takes 378 seconds for a Petsuchos to destroy a Market in EE and 266 in TT. When player give them more direct orders in EE, this time improves. Petsuchos stops for a while after every shot in EE, in TT it doesn’t. (the interruption is less for the first 3 shots after a direct order)
- Recharge time 0 has no negative effect, someone modified the hardcode.
10. Exploit: unstarted building foundations are invisible to the enemy, but the Blessed Construction visual effect is already visible above them. Make it invisible above unstarted foundations.
11. Phoenix Egg doesn’t appear, when Phoenix dies above any units or buildings. Phoenix Egg should avoid units/buildings after the Phoenix dies.
12. Spider Eggs can appear on Farms, but when they turn into Spider Doors, die instantly. Spider Eggs should avoid Farms on placement.
13. When I select Atlantean Villagers and Villager Heroes together and the first selected unit is a normal villager, the heroization button disappears. Other selected units doesn’t matter.
14. Atlantean Citizens after heroization ignore their original work commands (farming, woodcutting, mining, building, repairing etc), when the destination is too far from them (more than 20 distance).
15. Atlantean Citizens after heroization always ignore their original moving or attacking commands.
16. Single Player doesn’t keep “No Titans” option from the last game. It erases after restart.
17. AI doesn’t create any Dryads since a Patch 2.8 exploit fix.

REQUESTS:
18. Disable Gaia’s Book of Knowledge and Titan’s Treasure relics, when “No Titans” option is active, because it makes them useless. Introduce a reversedwithouttitan="" param for the relic file.
19. Make it possible to choose colors from the game menu.
20. Make it possible to choose an AI instead of a human player for player 1 like in AOE2 HD (in Single Player).

I hope devs will make at least one patch for EE before Definitive Edition. 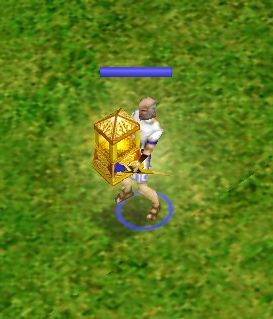 44. (MODDING) Make it possible to modify the minimum/maximum sell/buy cost via techtree.

China was heavy nerf this changes would fix them:
1 that the peasants deliver the resources in the deposits and tc when they finish building one of these (yes until now this has not been fixed all the collectors deliver correctly except the Chinese)
2 the initial resources of the Chinese are very scarce mainly food generally you need to find more sources of food than other civs to be able to advance to the classic age and on maps with little food it is much more difficult with the Chinese, they should start with + 10f ,+ 25f or + 50f and + 25g to help build a garden so that there is no shortage of food or stop the production of villagers. Greeks start with a lot more food just because they start with one less villager. and you will see that this is not fair because the probability of stopping the production of villagers for lack of food is very high with the Chinese equaling the amount of villagers but the Greeks with more food.
3 all civs have scouts and an alternative to help reveal the map (Greek kataskopos, pegasus and hippocampus, egyptian priest, obelisk and lighthouse, 1ulfsark but can train more, buildings and crows, atlantean has 3 oracles and can train more) the Chinese have nothing but the blind scout which is the worst of all.Should increase the Los of the 2 scouts from 8 to 16 and restore his speed to 6.0
4 make the first two gardens faster to build and at the same price. this way you can make both easier. so that it is more practical to build by building two foundations and then the other 8 later.
5 monk available in the classical age to help heal and defend when healing is most needed.
6 Line improvements are expected to affect converted military units from other non-Chinese civs.
7 the attack animation of the chu-ko-nu must be the same as that of the toxotes and the range too.

EDIT: 22. (MODDING) - also introduce a ConvertAbovePopCap param to exatctly define, how many units can be converted, when there are no free pop space. For example 100 pop cap, 10 ConvertAbovePopCap -> Monks can convert until population is under 110.

should be a game.cfg command, not a param.

I’m wondering are there any developers who is working on this game? There is bigger chance that they are working on a DE version or AoM2.

They can work on both. These bugs will be legacy bugs in DE, unless they fix it.

Some textures still don’t seem to be rendered correctly with Patch 2.8.
Here is a comparison:

Amanra in AoM: The Titans

Here is another example:

EDIT: 43. (MODEL)
first pic - Hippocrates with and without relic 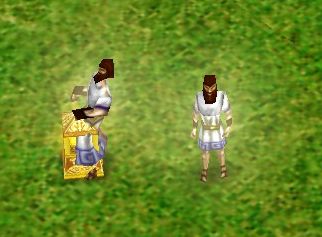 58. (CODE) Shennong’s Sitting Tiger and Fire Lance do significantly less damage against buildings under construction comapared to the Nuwa/Fuxi variants despite of they should be stronger.
59. (MODEL) Kastor (Adult) loses player color during attack animation.
60. (DATA) Setna and Zhi have recharge time bar, but it does nothing.
61. (DATA) Jiao-Long has a functioning recharge time bar, but he hasn’t animation/model for any special attack, so it hasn’t real effect.
62. (DATA) The tooltip of Jiao-Long is false. You should use the tooltip number of General Melagius.
63. (MODEL) Shun uses the same animation for normal and special gore attack.
64. (DATA) Citadel Center has no food cost. Gold cost is also 400 for non-egyptian civs. It should has always the same cost like Town Center.
65. (DATA) Uproot should be in EmbellishmentClass in editor instead of UnitClass. It’s not a real unit.
66. (DATA) “Kraken SPC2” has wrong editorname: 50472 "Chinese Hero who… It hasn’t even animation file.
67. (DATA) “Qilin heal” has no displayname and therefore appears on the top of editor.
68. (DATA) Parrotambient and Eagleambient soundsets should have 0.25 volume in soundsets-xpack file, Duckambient should has 0.4. Only for soundset names, for sound file names it shouldn’t be changed. (Note: ambient sounds don’t work in test scenarios in editor) They are too loud currently.
69. (CODE) Monks can’t heal Automatons, Healing Springs can. LogicalTypeCanBeHealed makes them healable even if they are in pieces.
70. (ANIM) - Yaks controlled by Set has the same visual effect like Set’s wild animals despite of Yaks are herdables.

Nuwa is the worst on water maps of all because the dock costs 125 (yes it is more expensive than the Nordic 120) and the Junk are inferior to the other boats they are slower, have less range, only have + 20hp which represents less than 6,9% extra life while the most similar to it is the Nordic long boat which has + 17% attack. I suggest that the Junk of Nu wa be cheaper to compensate (military and also boats would cost less)recreation is a lame god power and should be improved and can be used on dead enemy villagers or dead allies and taking control of them in a raid for example and taking advantage of the location to build a market or buildings with them making nuwa cooler.

Chinese have two ridicioulously overpriced techs:
Ancient Destroyer 300W 300G 30Fv +15% speed for ships.
East Sea 300W 300G 30Fv -20% cost for ships
However they aren’t bad on water in my opinion.
For comparision Osiris has
Funeral Barge 300W 15Fv (since patch 2.0) Kebenits have +100% bonus damage vs arrow ships.
On other hand Heroic Fleet needs a big nerf because it makes naval myth units useless. Decrease the bonus from +150% to +100%. 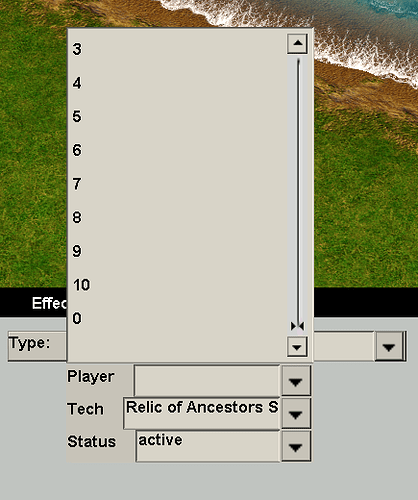 Triggers in random maps only work for players 0-10 (0 = gaia)
This means players in the spot 11 / 12 won’t benefit from technologies granted through the script.

This would be a great option for all custom maps not just randoms!

The Chinese AI players don’t use their godpowers correctly. Some simple changes would do the job.

AI has so many problems. I use only AoModAi, it’s much better.