All the African maps are missing

The African maps are missing (see screenshot)
The African civilizations exist though, so it’s not an issue with the DLC not being enabled. 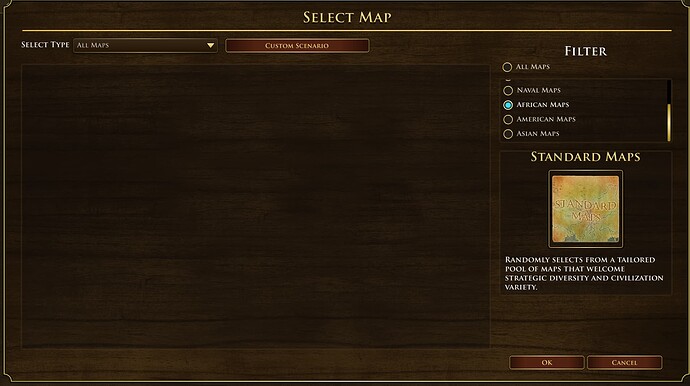 I could not repro your issue, could you send a video to us or tell us the steps you followed to reach this result? 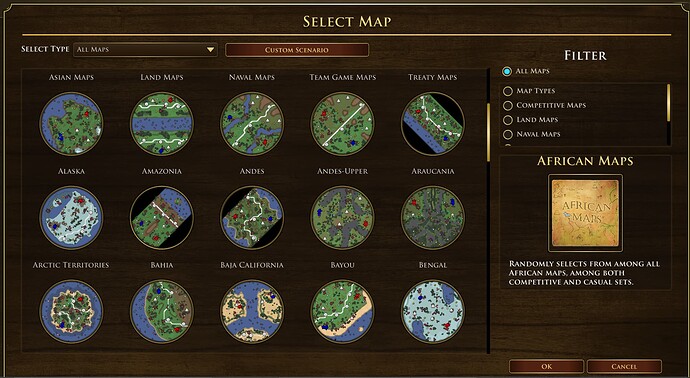 I’ve tried verifying the game cache, but no luck there.

I checked the game files and the map files are present. In the “RandMaps” directory I can see afAtlas.xml and AfAtlas.xs

Your issue is this. Linux operating system unfortunately isn’t officially supported and African maps in particular don’t work on Linux due to their file encryption. You will not be able to play them unless you run the game on Windows.

Due to the borked map file encryption for African maps, Linux/Proton users are unable to use them/play multiplayer III - Report a Bug

ISSUE EXPERIENCED Inability to join any multiplayer lobby due to them not appearing as listed Likely derived from Formatting/Encryption of files for the African DLC Maps makes them unreadable on Linux, hence Linux users have a different map roster, hence differen…

Thank you for the info!