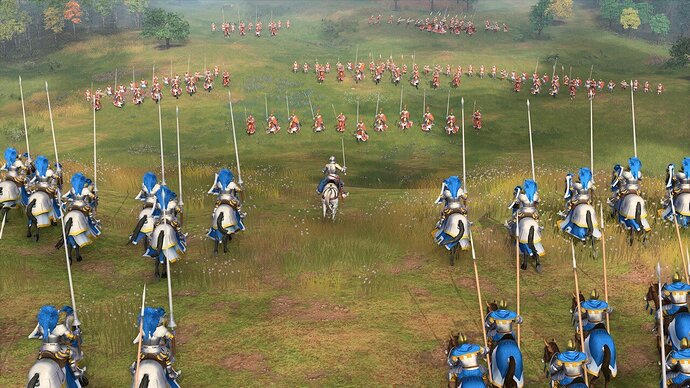 The news we all wanted to hear

Is it likely this would go to any console other than Xbox? I’d guess not.

Oh, please no, they need to fix the game, add missing features and release other expansions, before they even think for a millisecond about dumbing it down further for an xbox controller.

Oh dear, god help us all.

Civ VI has a tablet version that in no way impacted the PC release. But don’t let me distract you from your usual fearmongering and doomsaying.

Which was probably made by an entirely separate team so the main team could continue work on the actual PC game. Well, Civ is also turn based, you can bring it on such devices without dumbing it down too much. For RTS though, oh the horrors…

I really hope that isn’t the team’s priority.

Loving the game overall, but there are still some major UI/hotkey issues I’d like to see addressed in order to bring it up to par with other competitive RTS games on PC before they start thinking about console-ifying the game.

that they are thinking about bringing AoE4 to consoles isn’t shocking to hear – that’s been an extremely common request over the years around here, and obviously most successful titles exist on different platforms. They’ve also been asked this question in many interviews and have always left open the possibility.

The real question will be how they can pull it off well with AoE. It doesn’t do them any good to release something that is a chore to play. Perhaps they will require or strongly encourage xbox players to use the optional keyboard and mouse controls.

This isn’t a good a idea, when a PC game goes console development is reduced a lot, I have seen a lot of PC games failing hard when this happens, it will be better if they patch and optimize PC game first then after some time and with PC success they can move to console, it requires a entire team for that.

Only mean that aoe4 is already definitive and will be lunch on xbox, afther mods is patch to aoe4.

Which was probably made by an entirely separate team so the main team could continue work on the actual PC game. Well, Civ is also turn based, you can bring it on such devices without dumbing it down too much. For RTS though, oh the horrors…

I mean, you’re making more assumptions at this point. The porting to another platform is often handled by a third-party (like Aspyr), but to presume it takes zero input from the actual development team to make this happen is . . . a pretty big assumption.

I don’t understand what you’re talking about with “turn-based”, either. As far as I’m aware, the tablet version of Civ VI is fully featured (though it lags behind on expansion content as this has to be ported over by Aspyr).

And this is exactly why you also don’t understand why porting some specific games like AoE to consoles is a bad idea.

And this is exactly why you also don’t understand why porting some specific games like AoE to consoles is a bad idea.

No, it’s more that you haven’t explained how this relates to “dumbing down”, and why turn-based games get “dumbed down less” by comparison. You made the claims, right?

Yeah yeah , but what are the missing features? Like… we have replays , we have multiplayer working pretty nice.

Key binds , I’m sure this is the major problem for MP players lol.

But what other things it needs?

Do you really want me to explain why a turn based strategy game like Civ can work somewhat acceptable on any device, while a real time strategy game like AoE where time and micro comes into play strongly requires a mouse and keyboard for optimal play?

Come on dude, do you really want me to start listing the too many missing features here? And surely you can be more objective with your examples: Replays working you say? Maybe you havent tried them, they dont really work. Multiplayer working… yeah, just barebones. Keybind not important? They absolutely are.

Only mean that aoe4 is already definitive and will be lunch on xbox, afther mods is patch to aoe4.

Please don’t think like that. First of all they said :

That means that when they finish managing the pc release , patchs , mod tools , escenario editor they will start to think about it , how the hell can you bring an “unfinished game” to xbox just like that . (Cyberpunk did that and didn’t went well) , give them 6 months to truly bring all the features , then we will have probably an E3 announcement .

Don’t bother to reply, found a txt with issues/features missing and copy pasted it in the other thread for you. Don’t wanna feed a thread about consoles too much

Wait what. I did said that keybinds are important lol ,

Key binds , I’m sure this is the major problem for MP players lol.

I never said they aren’t important , of course they are , they are the major controversial thing about the game.

Replays working you say? Maybe you havent tried them

That’s true , I haven’t tried it , but we have them right? Also , it seems like you are the only person to say the don’t work , the only thing I truly heard about replays is that you can’t go back when a replay is played .

this is fuckeđ up… multiplayer is the same as the stress test and its stable , also tomorrow we have a 2 hours long shut down of the server because they are doing some work behind the escenes.

We have Ranked? I don’t know , I’m not a ranked player lmao , but multiplayer works , if you have lag or the game disconnect you , then is a problem of your connection . (Don’t try to say that aoe2 and aoe3 servers work better , because aoe2 servers are full of lag and aoe3 crashes every 10 seconds)