The addition of a Caucasian civilisation group would make it worthwhile for a Byzantine build set - Byzantines, Armenians, Georgians and Bulgarians can use it.

This. Europe already is well repreaented, we should make our efforts to represent cultures from less represented regions that still have major powers left to represent.

Of course,they can be based on civilizations that have not been explored;for example the Bantu of Zimbabwe (1000-1450) and the Polynesians of the Tui Tonga Empire (1200-1500)…

The DLC I propose would add the two German civilizations currently unrepresented in the game. The release of such an add-on could eventually complete the further addition of civs from this region. This expansion would add 2 German civs from Holy Roman Empire. Additionally, this DLC add many new campaigns and 2 new architecture sets. This DLC would include 5 brand-new campaigns - 2 for new civs (Bavarians and Saxons) + 1 for Teutons + 1 for Vikings + 1 for Magyars Civs [obraz] The shield of t…

romania was formed in 1859, which is way over the aoe2 timeline, vlachs or moldavians are the perfect historical names

not a bad UU thou Hospodar means a man who works around the house doing chores, so not rlly a good name, personally, a UU infantry that is as faster or faster as a trade card called Haiduc which can steal the gold inside is more apropriate

yea sure,why not, thou not sure they need it

the arges monastery is also intresting and i think better fitting

no vlach campaign? how about stephen the great (vlad’s cousin), mircea the elder (his grandfather) or a historical battle with Basarab I (the founderer of independent Wallachia)

We already have Vlad Dracula’s campaign but Stephen the Great’s campaign could be a nice addition to the game. He ruled for 47 years and defeated Ottomans, Hungarians, Poles and Tattars. Winning 46 battles out of 48.

You can’t run out of missions content with Stephen the Great. Pope Sixtus IV deemed him verus christianae fidei athleta (true Champion of Christian Faith) despite him not being Catholic. 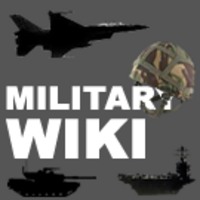 This seems to be a lot better than my idea for Wallachians:

The origins of the Wallachians are a mystery, the majority of contemporary scholars such as Kekaumenos, John Kinnamos, Simon of Kéza, Poggio Bracciolini, Aeneas Sylvius Piccolomini, Nicolaus Olahus wrote that the Vlachs ancestors had been Roman colonists settled in Dacia Traiana as they speak a latin-based language, their name “Vlachs” comes from the old Germanic “stranger” which was used to describe the Romans and in their tongue they still call themselves “Romani” meaning “citizens of the Roma…

Stephen the Great was Moldavian. 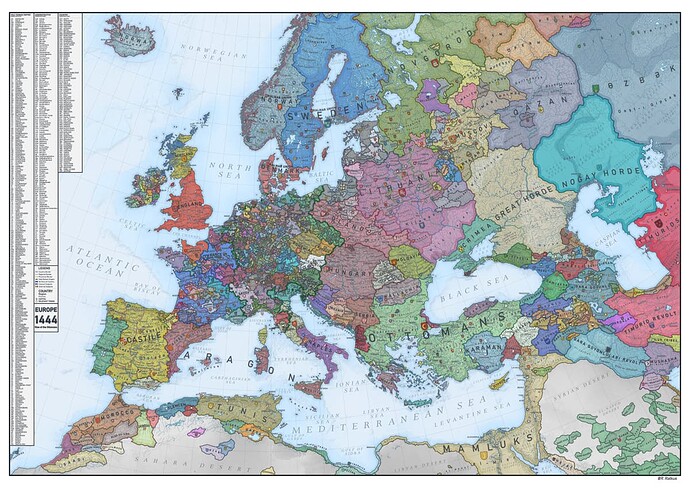 Wallachia on the Map1200×849 187 KB
Between Poland, Hungary and the Ottoman Empire are Transylvania, Wallachia and Moldavia. That would later form Romania. But in the middle ages, they were different states.

I would play a Stephen the Great if it was added. Reading about this guy, he was a military genius. You don’t hear often about a ruler winning 46 out of 48 battles with fewer troops and of worse quality. What he did, is equal to Hannibal.

To be fair, if the game was trying to be as historical as possible, requesting you to win against a much larger force with a much smaller army, I don’t think many players would win.

But it would be very satisfying to play with a small state and beat the Ottomans, Hungarians, Poles and Tattars on numerous occasions.

Imagine a campaign mission based on this battle: 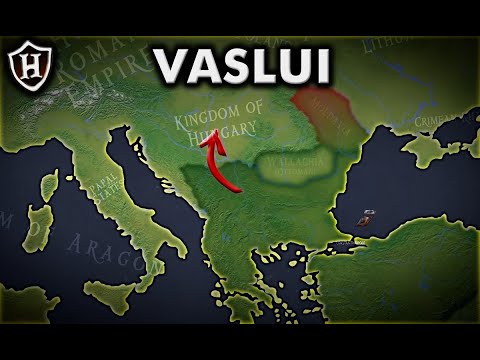 As the video says at the end: Stefan led his armies into battle 48 times, only losing twice. His most notable victories are:
1467 - Battle of Baia vs Hungarian King Matthias Corvinus
1469 - Battle of Lipnic vs the Golden Horde
1475 - Battle of Vaslui vs Ottoman army led by Suleiman Pasha, the governor of Rumelia.
1497 - Battle of Cosmin Forest vs King of Poland John I Albert

If Stephen was lucky enough to be born as the heir of a larger country like England or France, he would have went full Napoleon.

For example in neighbouring transylvania (which was generally a safer and bigger region) they made up ~20% in 1500. I can only link you sources that are not written in english though. For wallachia itself I dont have any population count data, but it was disputed between magyars and bulgarians until the cumans settled it, which then got disrupted by mongol/tatar invasions, so it’s unlikely that anyone in particular was thriving in the area. There were also other tribes intruding in the area, pechenegs, slavs, so for all that we know, vlachs would not have numbered highly until the late medieval period, and even then… as well as the fact that vlachs were known to be very migrational people.

l’m not sure about that: History of Transylvania - Wikipedia

The only non-Romanian, non-Hungarians authors I see on the list are Jean W. Sedlar with 66% Romanians in 1241 and George W. White with 60% Romanians in 1600. However, these are again, estimations.

They are both the same civ though. We still have multiple civs that need their own campaign before we hsve civs with multiple campaigns

They have a campaign but not a civ. And I doubt a rework for the Vlad Dracula campaign would be made that would replace the player’s civ with the Romanian one for balance reasons.

I would rather have to play the Vlad Dracula campaign as Vlachs and get an additional campaign for Slavs, Turks and Magyars over adding another campaign for Romania.

I would rather get a Romanian/Vlach civ than 2 campaigns but no Romanian/Vlach civ. It really depends on what kind of campaign scenarios you have in mind for the Slavs, Turks and Magyars, I wouldn’t support a campaign just based on the name of the civilzation it came from.

Tbh I would rather stay away of late mefieval Europe for a while but I have some idea for Turks and Slavs:

Interesting choices, I have some that I would prefer over that but only slightly:

Would be nice to have a DLC with Romanians & Swiss and a Slavic & Turkic campaign.

The Swiss may be a small nation but their formation and history are unique.

Vlachs literally were mostly nomadic, barely can call it a civilization, sorry but it’s just laughable. There was almost never any point at which they weren’t subjugated.

It seems that we are going to have to agree to disagree because Vlachs were infinitely less noteworthy than Finns.

Vlachs were basically pushed around by whoever happened to pass by in the area. I can’t fathom how a civ could be viable on this.

Where did you get that?

Literally any source about the Vlachs, anywhere, ever. They often got pushed around as they never had the numbers, not strength to firmly hold down to an area until late middle ages. The Dacians theory is just a theory, and it is disputed.

Amazing, every word you said was wrong.

EDIT: Why isn’t wrong to call them “Romanians” instead of “Vlachs” as a AoE2 civilization? because they called themselves Romanians.

The Germans & Magyars called them “Vlachs”, which came from the old germanic word for “stranger” that was used to describe the Romans. But the Vlachs/Romanians called themselves Romanians. They even called “Wallachia” as “Țeara Rumânească” literally “the Romanian land”. 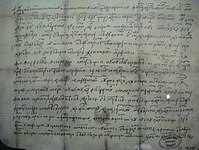 The name of Romania (România) comes from the Romanian Român, which is a derivative of the Latin adjective Romanus (Roman). Romanians are a people living in Central and South-Eastern Europe speaking a Romance language. During the transition from Vulgar Latin to Romanian, there were some phonetical changes that modified romanus into român or rumân. The accusative form romanum was retained. A reference to the name Romanian could be contained in the Nibelungenlied (written between 1180 and 1210), w...

The name to use should be something everybody can identify them with its how the naming is used for all the civilizations ingame.Do you think indians called themselves indians in the middle ages?

I agree, the reason I posted that is because I assumed there will always be someone saying “they are Vlachs/Wallachians not Romanians”.

I think I understand your point, but I’m confused by your examples. You think people don’t understand what those civs are from their names? Even Britons, Celts, Slavs, and Khmer?

Sicilians is a bit weird given that they’re renamed Normans in almost all of their campaign appearances. I figured they did that so people didn’t get confused by their architecture.