Hello, good day, and happy March, trailblazers! We’re back with new and wild frontiers for you to explore in Age of Empires III: Definitive Edition!

This month’s release heralds a massive list of improvements to the game: with fixes and new features, tweaks to every playable civ in the game, and a ton of quality-of-life additions to keep things fresh!

Today’s (March 25) hotfix introduces several solutions to issues that cropped up since the major game update earlier this month. We’ve got more in the works for the next official update, but wanted to take an opportunity to get fixes shipped out for these issues sooner than later.

Also, something that I think hasn’t received enough credit is how detailed yet clear and beautifully presented all the balance changes and fixes are in the News page, similarly to other big esport titles.
That’s a huge plus. The team is aiming high!

Really happy about the update.
This was really worth the wait guys.

Among the new icons, you can see 3-4 African-looking ones and added icons for the Da Gamma Expedition - one is a Somali warrior, the other is an Ethiopian woman.

Most likely this means they can announce the African DLC soon - just like I thought. 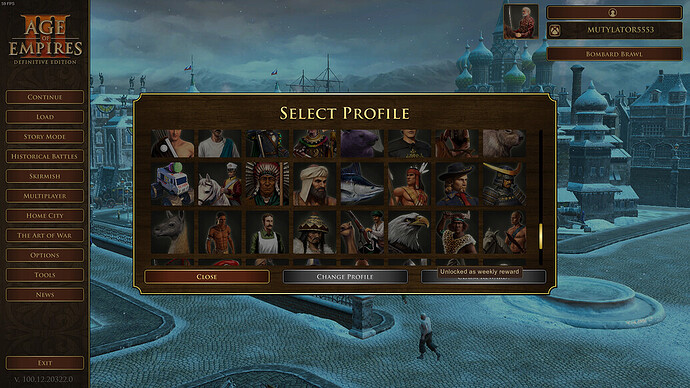 The icon I marked on the screenshot is not able to identify it (maybe it’s a brand new civ unit not shown in Historical Battles).

I think Historical Battles is worth suggesting as this is a surprise egg - it can show us future new civs.

Berbers, Ethiopians, Somalis - who else can appear in the African DLC?

Tatars also don’t have to be a stupid idea. They can be part of the Asian DLC and appear alongside Persians, for example.

I hope what I wrote turns out to be true. It would also be nice to see the new European and American civs. Central European Empires and underrepresented South American natives - there was no South American playable civ before the Incas.

The icon I marked on the screenshot is not able to identify it (maybe it’s a brand new civ unit not shown in Historical Battles).

According to my quick analysis it is most likely “Trumbash”. 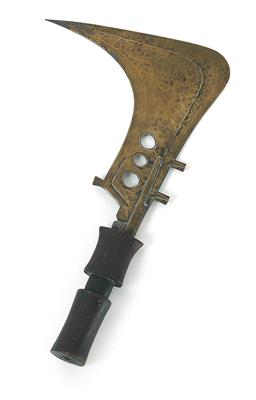 A trumbash or trombash is a Mangbetu throwing knife from the Democratic Republic of Congo. Similar to a sickle, the trumbash was used as a throwing weapon or as currency. The handle is usually made of wood, but it can be made of ivory or bone. It is more or less decorated, according to the rank of its owner and the use that is made of it. The curved blade is made of iron. Trumbash with an ivory handle Trumbash with a anthropomorphic handle

Could the Congolese be the new civ in the African DLC alongside Berbers, Ethiopians, and Somalis?

Probably there would also be 2 other ones, e.g. Zulu, Songhai and Mamulks. It would be a fun complement to the missing Africa in this game.

What do you think, is 6-7 African civs in one DLC possible? Can we get a civs from Historical Battles for free, and 3-4 others civs will be in paid DLC?

Somalis don’t make much sense for aoe3, although they would be a great for aoe2 - The Adal Empire disestablished in 1577, while the Ajuran Empire had no big events and were weakened shortly after the Ajuran-Portuguese wars. Somalis had their Golden Age, in the Medieval Ages. Both Ajuran and Adal are known as Medieval states.

Songhai are Medieval too, the empire had its zenith between 1464 and 1528, the precedessor was the Gao Empire. Moroccans conquered them, because Songhai didn’t use gunpowder and used Medieval weapons. Kanembu is similar, Medieval empire, but reached its zenith in the 1500s, similar to Burmese in aoe2

Kongolese make sense, because they fought the Portuguese in the 1600s and were a major power. Hausa and Yoruba are great as well.
Zulus, Ethiopians and Moroccans would be a great DLC, you won’t have 40 civs in aoe3 anyways

Thanks Devs for picking stuff up that has been discussed on the forum too. Like the dutch bank card buff or japans livestock. Feels good knowing that my time spent here on the forum isn’t pointless!!

No, Chinese were buffed.
German Consulate gets you all trickles by Age 3.
Enjoy you invisible, indestructible Factory in the Fortress Age!

Zulus, Ethiopians and Moroccans would be a great DLC

They would be the best civs for Africa, to be honest. all of them were very important, and are well known.

Because it was broken OP in Treaty and Team game, where China could get so many Vills, they would overspam every other civ.

Games are always balanced for 1v1, first and foremost.

A new hotfix is available with several improvements following the March Update. You can read the full details here: 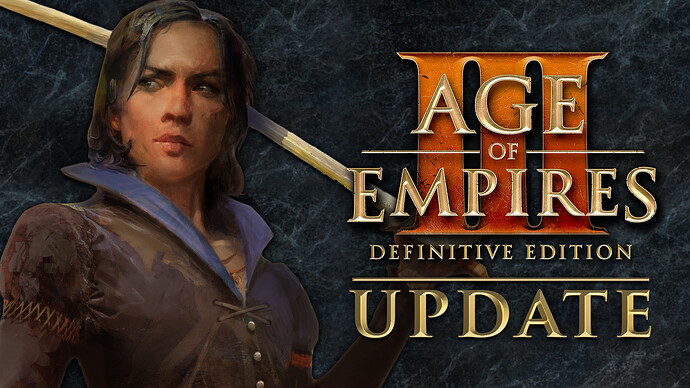 This month's release heralds a massive list of improvements to the game: with fixes and new features, tweaks to every playable civ in the game, and a ton of quality-of-life additions to keep things fresh!

It fixed AI in skirmish but campaigns home cities and decks are still broken.

The team is aware of this issue and has a fix in the works for the next non-hotfix update. Thanks for the report!