I don´t want to start a rant, but AI is so ■■■■■■■■ retarded it hurts, no matter difficulty.
You kill 2-3 Villagers in dark age and AI is gone. No comeback. It just stops producing Units. Same if you wait for the AI to attack. There will be an AI attack between minute 9-13. If you manage to counter it you won. AI stops playing. It´s ridiculous.

Agree AI definately needs some tweaking. It’s great we have easy, intermediate, hard and hardest. The problem is, some players are finding easy quite hard to play against as the AI tends to rush them. And for some players playing against hardest difficulty is a walk in the park. Hopefully there is still work being done on the AI as would like a challenge when playing vs ‘Hardest’ or have a higher level like ‘Extreme’ AI which is actually tough to beat.

i agree. like if you place a wall without doors the AI acts completely stupid - on some maps it like blackforest , the troops only run from left to right

Yep… the AI once crippled never executes a comeback.

In one game, the AI tried a dark age rush which failed. But it kept training more MAA, instead of ever going Feudal.

There are so many sad AI stories.

The AI is not that bad at eco and building up, the hardest AI will build 107 villagers, that’s a lot better than many 1000 elo players. They just suck very hard at army control, always pulling army back when they were already winning, probably worse than 800 elo players.

I managed to beat AI intermediate for the first time ever… and that was all… AI hard is definitely HARD for me whyyyyy?! what am I doing wrong I read every single forum and youtube vid and still cant get any better…

yesterday i discovered, that if you wait like 20-30 mins and attack the villagers of the ai the ai got more aggressive, better movement and greater numbers of soldiers. this was more fun to play then the regular ai - 2 vs 6 ai very hard

I play 4v4 AI always in intermediate, they often attack “early”. If I let them too long doing their life, they became “good” with some armies. A lot of time Mongolians are very weak. Some AI are more in the “defence”.

If I attack their cities, some times my army is beaten BUT they are way weaker after this. No more big attack against us. I think they are exchanging a lot of ressources to others AI.

Depends. I assume you are new to RTS?
Not being able to beat hard AI is fine then.

Executing your plan while you forecast and react to enemy plans is the key in every RTS.
So if I were you I would pick an easy mainciv like england or france, learn buildorders and focus on my macrogame.

Once you can execute a good buildorder and handle macro, you can start learning different strategys with all pro/cons/counters/buildorders like second TC, castleage rush, ramrush, towerrush, longbowmob and so on.

At this point the real strategy gaming begins and you can start focusing on your micro.

There will be an AI attack between minute 9-13. If you manage to counter it you won. AI stops playing. It´s ridiculous.

I dont think this is true. They would immediately boom their economy. They would get to Imperial Age so fast. They are attacking from 2 sides. And when you Turtle, they either control all Sacred Sites or make a Wonder.

It seems all Civ on Hardest AI can be beaten when you stop them from getting resources… On me, only 1 Civ Hardest AI I cant beat… Delhi Sultanate. On Mountain map with one big opening and 1 small opening on the map, it’s easy. But on Nagari, where they could come from 2 places with few places to wall. It’s hard to stop them.

And that’s what keeps me playing. Becoz I havent facerolled them yet. I beat StarCraft2 Hardest Elite AI’s but not yet the hardest AI of Delhi Sultanate on Nagari.

Apart from multiplayer, the real challenge in this game is achieving masteries like ‘kill 30 knights’, simply bc it’s hard to get the A.I. to make 30 knights 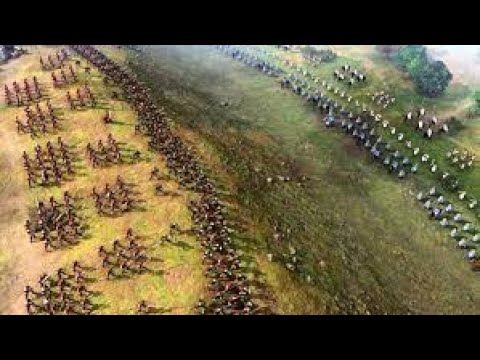 Just to proof my point of view. Delhi on very hard on Nagari.
I´m not a really good player sitting on 1050 Elo and played this game on like 50% effort.

I understand that some people struggle, but some need more of a challenge.

Just to proof my point of view. Delhi on very hard on Nagari.

When you beat the Hardest AI, it means you cheese it… Tower rush like your example. Me, I just did unfair Ram rush. But the Hardest AI still put a good fight when he still outnumber me. I did cripple his economy. And I won. Most likely, all my AI fights would be cheesing.

but some need more of a challenge.

If you want more challenge, stop making a cheese. Let him get at least half the economy. And he would bring a fight… throw you Springalds, Mangonels, Elephants, etc. How could AI fight if you cheese the game preventing him of getting resources?

I am just new with AoE. I tried not to cheese and it was difficult for me to overcome their strong economy. Now, it seems everyone is bragging that they beat the hardest AI. So I would just Ram rush cheese the freaking AI everytime. Would it be a good game? Would be B o r i n g. That’s why those fake elitists complain that the AI is garbage.

I played StarCraft2 and I faceroll the hardest elite AI in there… WITHOUT A SINGLE CHEESE. Just micro and macro.

Heres a 1v6 on intermediate, you can watch it in my match history before the next patch if you’d like to. I’m not pro either so think AI needs tweaking especially on hardest. My YouTube channel is: POG - YouTube. I stream sometimes and there are few vids there. 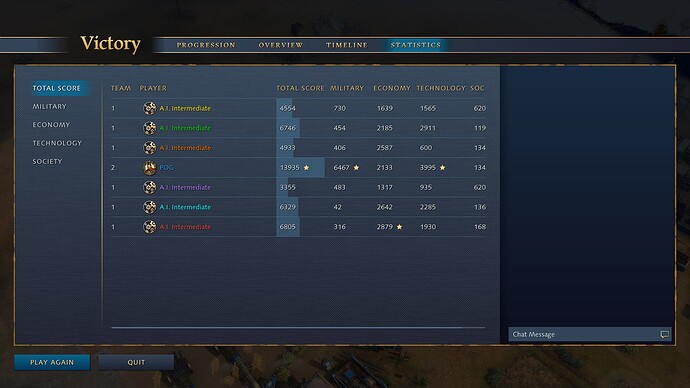 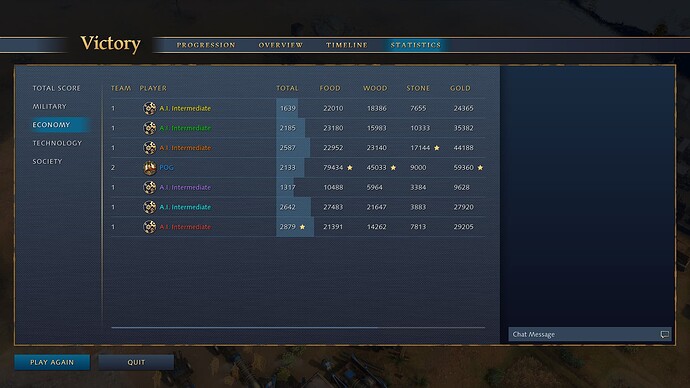 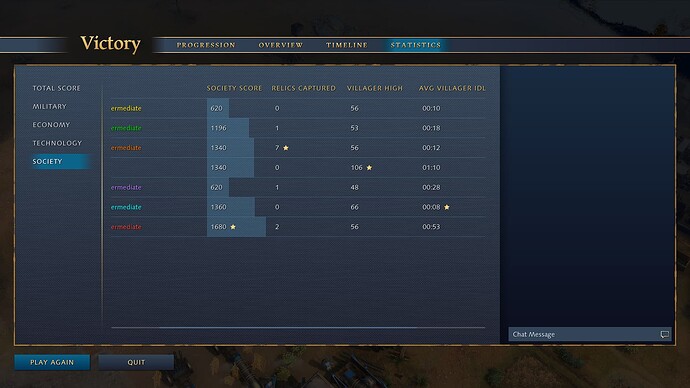 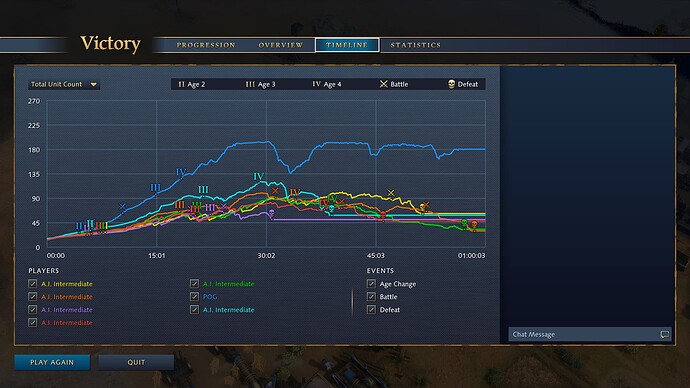 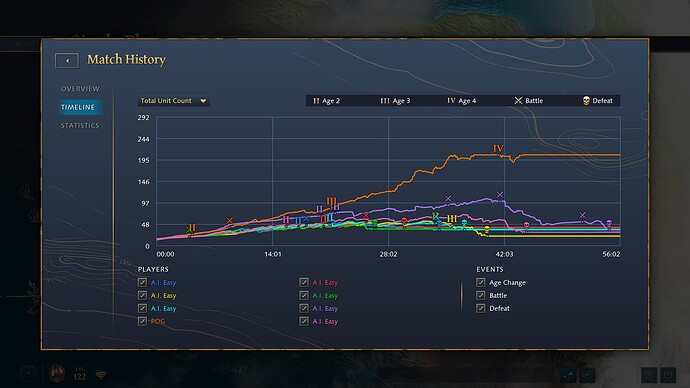 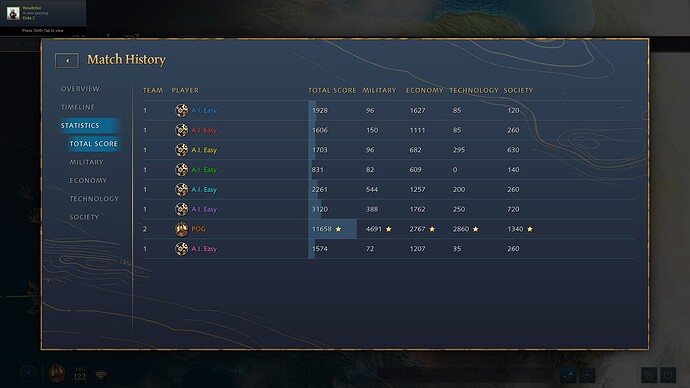 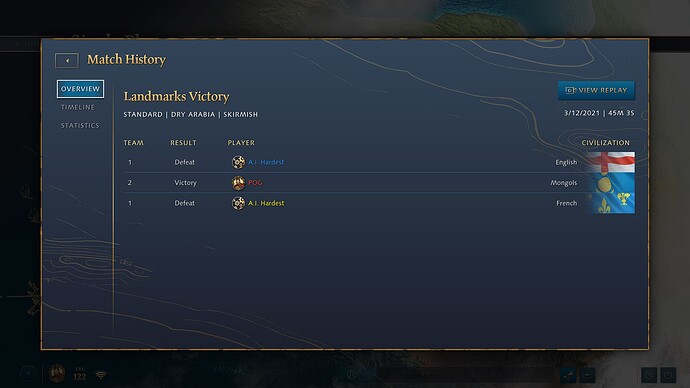 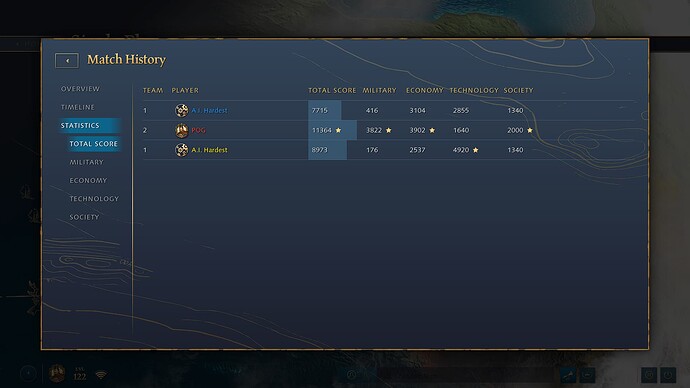 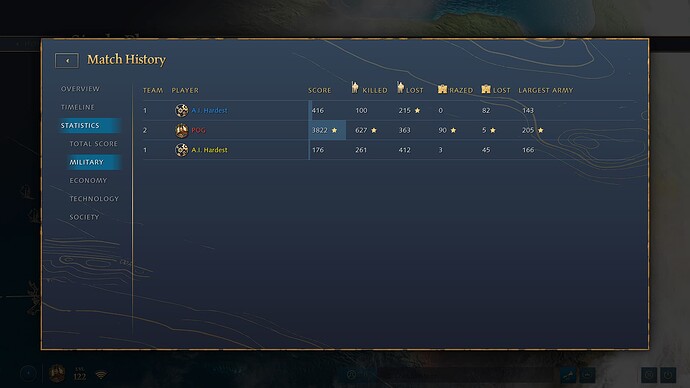 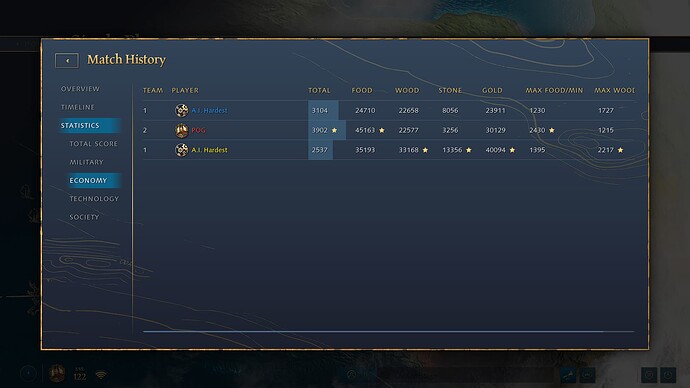 I don’t get it, you’re playing the best civ in the game vs the worst.

You then proceed to show yourself getting sweaty during the match and are barely able to finish off Delhi before 20 mins without building up their entire side of the map too.

Well, dude told me that he can’t beat Delhi on Nagari, so I played against Delhi on Nagari. Chinese isn’t that strong in feudal, especialy since I played 90% of the match with spearman and didnt rush song dynastie.
I also assume you dont understand german, because I said in the video I played it bad on behalf just to show how easy it is to pull off.

Also telling in the video that there are many ways to beat the AI and towerrush is just one of them.

You’re on an English forum mate.

No I didn’t stay for the commentary. I’m not watching the whole video, I spot clicked 5 places and could tell it was all Gatorade and no water.