Hi everyone. Anyone notice how bad the AI is? My first game playing AOE3DE i beat the moderate AI with one battle. Even the Extreme AI was poor. Has the AI been improved in the first update? Im playing AOE2DE instead till they fix this.

Play Ranked if computers are too easy for you.

No excuses. Either play Ranked or don’t complain. Expert is plenty hard for most players, even me, I’ve reached 1200 on Ranked 1v1 on AoE3 DE and I still have problems with Expert AI, therefore I suggest you play Ranked and then you will get competitive, even-leveled, dynamic matches like you’re asking here.

AI has to be made such that it suits every player.

The real issue that needs to be addressed is the imbalance between various civ AIs. While AIs like Maurice and Elizabeth are the strongest at any difficulty, Native American AIs are the weakest among all, Asians the second weakest. All AIs should be balanced for a particular difficulty. Which is certainly not the case in current state of game.

It’s far from perfect, but it’s already much better than it was at launch after the week 1 update.

I paid $30 for a single player and multiplayer game. Not just multiplayer.

I guess we should all bow down before your mastery of this game because even top-tier multiplayer players have trouble with the extreme AI 1v1.

Lol, why play against a moderate AI if you’re that good? Seems like a waste of time.
I used to be able to beat 3 expert ai (no cheesing). Now I don’t think I can handle 3 extreme.

The AI is definitely better, and it makes better army ( not 100% art and merc).

I propose that you beat 2 extreme, then you post your rec here. We should all learn from you.

No excuses. Either play Ranked or don’t complain

How about the excuse that the developers said the AI was much improved, when it’s clearly worse than the original AI in some ways.

That’s just not true, I’m a mid-tier player at best and I can beat the extreme AI quite easily every time. It’s more of a challenge than the legacy AI for sure but still not even close to top-tier players… I don’t blame the devs very much, making AI for RTS is actually REALLY hard

Because it was my first AOE3DE game lol. I am a AOE2 player so i did not want to jump right into extreme. I remember AOE2DE AI’s was very tuff hence why i chose moderate. What a shock the computer had x20 units and when they died i won the game. This is after 30mins peace, what has the AI been doing for 30 minutes lol. Second game me and my best friend played against x2 extreme AI with 30 min peace and beat them easily. Not bragging, we are mid level players.

There is definitely something wrong with the AI, they added a lot of code to make if stronger, but it ended up much weaker then the old hardest.

Honestly, they could just replace the new AI for the old one with a single extra line of code: dont build saloons. it would already be much better then the new one and also better then the old by far.

(and if they eventually get the time to fix the new AI, revert yhe change, but meantime, let we have the old one that was better.)

Hopefully it gets updated. I get much enjoyment out of playing the AI in AOE2DE. Giving it 90 mins peace allows for it to build a big economy. Some of us like playing against the AI, that is what RTS games was founded on. I don’t know of many human players that would want to play 90 mins peace in a rts game.

Does the AI build trading posts on routes for anyone? cuz they never do in my game. Native settlements yes but not routes.

How about the excuse that the developers said the AI was much improved, when it’s clearly worse than the original AI in some ways.

The current AI doesn’t come close to the level of diffculty compared to the legacy AI - even with its new micro capabilities.

All the above also adversely affects the experience of the campaign. So there are defo issues present with current AI that need to be addressed.

No excuses. Either play Ranked or don’t complain.

So you pay for a game that has single player and multiplayer, but you only need to enjoy the multiplayer? The original AoE III AI was so difficult, they f it up in the DE, so i think is all right for us the players complain about the AI, since there is a large portion of the community that plays single player. And if you dont believe me, search in the aoeIII-ai section of Report a bug and you will see a lot of threads about how bad is the ai.
Before talking s*** to others, research please.

I feel that it largely depends on the map. On maps like California, they tend to be quite aggressive, probably because there are gold mines and stuff. I’ve had instances where Chinese AI is very aggressive on certain maps, too. Native civilisations are aggressive in treasure hunting but sometimes the AI, in general, kills the guardians but ignores the loot.

But a lot of it could also be due to them sending their settlers across the map and getting them killed. They ignore trade sites and berries too, unable to harvest livestock and when they revolt, their settlers completely stop working.

They did some fixes and implemented some nice maneuvers for the AI to utilise but in terms of logic and intelligence… it’s a bit of a downgrade.

ive just updated my custom ai based on it. you can either download through mod manager (aggressive ai) or through github here 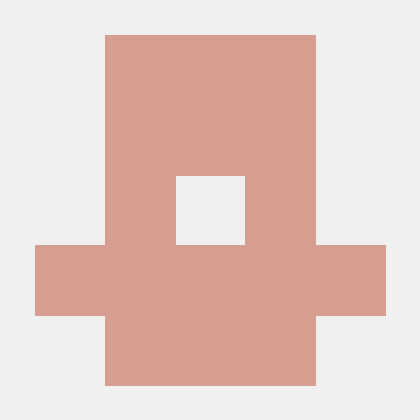 How much did you all play the original? The AI would follow the exact same pattern every game. Go age 3, build a forward fort, and then attack from that fort. If you intercepted that fort they would practically stop. The new ai does so much more and actually varies itself between games. Typical online comp stomp games were 3v5 or 2v3. I don’t know how you all say with a straight face that the new ai is worse.