All campaign progress and saved games are away!

Yesterday I wanted to start AoE 2: DE to play some campaign and saw that all my campaign progress and saved games are away and not available anymore. Can anyone help me with this? Sorry for my bad english, I’m from Germany…

After Update to Build 34699 I have the same Problem.

@HourlyAunt89897, @n0r6ert
User profiles with selected options, hotkeys, campaign progress, savegames, etc are saved into folders with numeric names, like “79561218046703349” in “C:\Users{username}\Games\Age of Empires 2 DE” folder. Check what folders of that kind you have in there and what do they contain.

Maybe game got confused and created new profile folder. Older profile folder might still remain (back it up somewhere safe just in case) and you might be able to get game to use it by renaming its name to same as new currently used profile folder (rename new folder to some other temporary id and delete it later if is not needed).

Thx for the fast answer, but i dosnt found the old file. I think its overwrite by update

Hello everyone,
I started the game this morning, and all the progress in the campaign has been lost. I was on the fourth mission of the Inca campaign, with all European campaigns completed. I tried to use the cheat to win and return to the point where I had arrived, and yes, the campaign unlocks the next mission, but it annoys me that it does not give the “medal” in those that I had already completed (even if the achievements remain unlocked in the companion app). Now I’m trying a complete reinstallation of the game (gamepass), but I doubt it will give any results. Any method to restore lost progress?

Any method to restore lost progress?

This is a very strange issue indeed, try syncing with your steam cloud. Maybe it will work

my game is on microsoft store…

Oh, didn’t pay attention to the platform. My bad…

I enter the campaigns and play them without problem, but the days of re-entering the campaign hiatus that I had managed to overcome have been erased and I have to start over

Yesterday I was playing Attila’s campaign and during the 3rd mission I had to go AFK so I’ve saved the game and reloaded it this morning.

After I won the scenario, Attila’s campaign menù was totally resetted, like I’ve never played a scenario before.

Was the last patch a total reset of compaigns? Btw thanks for the Barbarossa “new” one!

I had the same experience today.
I don’t see what the problem is.

I´m having the same problem. All my campaign progress is lost!. Any solution?

I have ended several campaings. Yesterday, I finished Tamerlane Nº5 scenario. After that, I close the game. Today, I enter the game and notice all the finished campaigns have dissapeared. All of them.

You can use “I R WINNER” cheat code to quickly complete all previously completed scenarios. This won’t give you previously earned medals though.

unfortunately I am very disappointed with the game.
I play every 2-3 days for a couple of rounds, so I started the game the day before yesterday and now my problem is that my progress has gone from the story

Something like that is very annoying since I have already had over 100 hours of play and 66 have already been successful. I already had half of the story.
I got in touch with Microsoft about it and they said that the game no longer synchronizes and only the developers can access my save status. Yes, unfortunately, the developers cannot be reached, but only this forum, I hope that there are a few developers around.
I’m sorry about the bad Englich I had to write this on Google because I’m German.

Same issue happened to me this afternoon. I started playing since the beginning of February, never had this problem before, now I lost all my campaign achievements

I checked out my logs of the game and I saw that every time I initialised the game this error was logged:

So in the folder game at “…\Games\Age of Empires 2 DE” I have the folders:
0, one named with a string of numbers, logs and testharness. Subfolders of 0 are empty and in “…\0\profile” the file Player.nfp is indeed missing.

Everytime I update I lose my history of campiagns. This is new with the last few updates.

Since the server work on Feb 24th I keep loosing my progress when I go between computers. I had got to the 3rd or 4th level in the Ivaolo campaign before the server work, after that I logged in and my history was gone. Today I had gotten back up to the 3rd campaign, then jumped on another computer to continue on and the progress was not there. Went back to the original computer and its back to the 1st campaign again now too.

Screenshot of progress after it was lost, sorry didn’t get a before showing the levels completed… 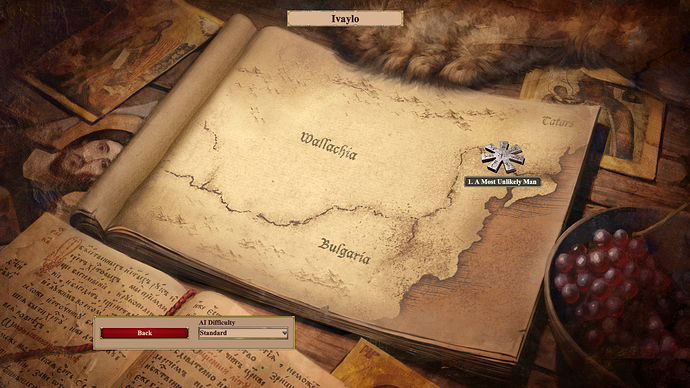