I know that most of the rts community is interested in cooperative games. In Empire Earth 2 you can tribute units, I would like a mod that allows you to tribute units except villagers, and if you like it, it may be added to the standard game 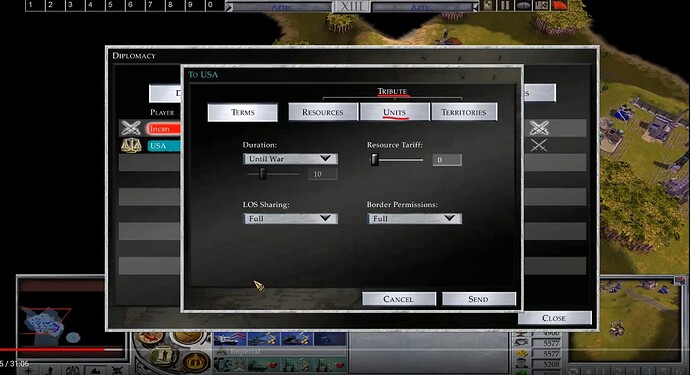 The resource tax already has a 30% tax so perhaps that cannot be abused, it would have to be tested

EE2 have been a Great game with innivative features. I loved the possibility to share and esecuting “strategici plans” with allies.

Dark reign use to have that aswell. Its a pain sending your units across the map to help a team mate. Would rather send them and give the units to them to defend there base.

Big maps its to hard to control units everywhere

I would love having this feature too