The Triple Bows Ballista is an ancient Chinese siege weapon which mainly used in the Song Dynasty. I made a model to replace Scorpion (standard and heavy).

I tried my best to make its style more similar to other units in the game.And I also made unit icons, death animations and technology icon.

You can search for “Triple Bows Ballista” in the mod area to find and download it. 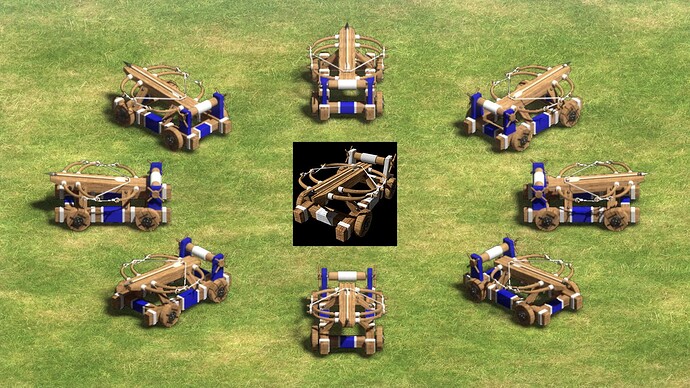 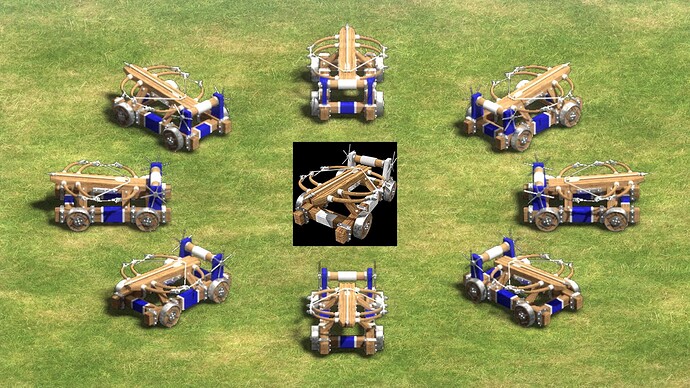 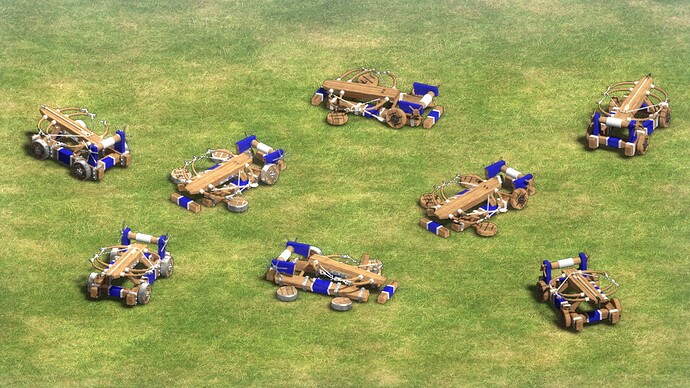 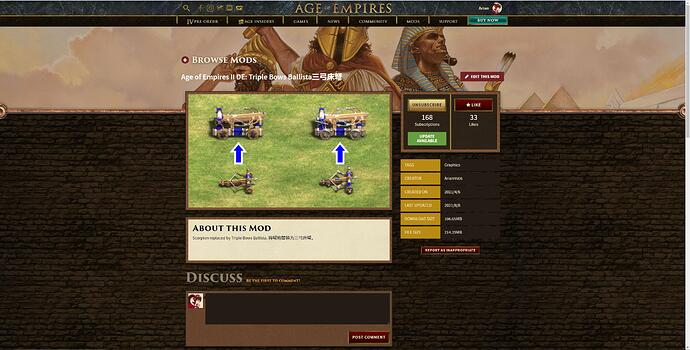 Excellent. How did you make it? Are you on Steam btw?

Wow, it looks like it was an official unit made by the devs. Really nice work!

I made it with Blender. And I also made more models, I will upload them later. 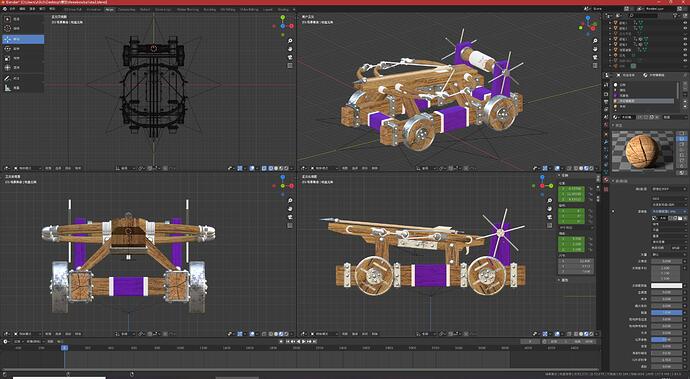 Do you only make siege weapons or can you make other units too?

Of course I can make human units, but I have no plans to make them now.

Dude, you do an awesome job!

You mean RaW? It really doesn’t fit, the current model is literally based on historically accurate stuff, this is from a different part of the world.

Of course you can!
But I just recently modified the model to make it look more coordinated. You can wait until I update it if you like.