Cheat codes are an FUNDEMENTAL part of an aoe game , people like them so much that some of them have turned into a meme .

like : “How do you turn this on” for example…

i would like to see them also in aoe4 , dont forget about them devs.

yeah i believe aoe4 not having cheatcodes would be really weird since all the main aoe titles had them.
(To be honest it would be really dope if we had 3d cheat units of aoe2 and aoe1

I wouldn’t say ‘fundamental’, nonetheless, they’ve always been present since AoE 1 and some of these special units and effects contribute to the character and personality of the game and are a great way to include some hidden fun - references, jokes, weird dev ideas that do not fit the main experience.

It will be very weird if there are not included.
But I’d be fine with updating the formula. Instead of chat-based commands I’d prefere to see ‘cheat menu/helper’ that can be enabled in options menu (perhaps after typing special code on the main screen?) and bring up in-game via key button visible on the screen. So players wouldn’t have to type code for 1000 wood 50 times (even pasting it still takes a bit of time - much faster to just click LMB on ‘give 1000 wood to player1’). 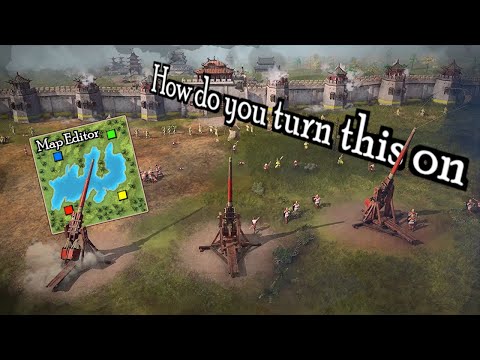 Information is taken from this interview:
The Age Of Empires 4 devs on bees, cheats, and “the John Wick of medieval cities” | Rock Paper Shotgun

At this point I might ask what’s the point in launching in October when we have to wait for such features post-launch anyway?

Poll (are you buying the game)

“You don’t get a soft launch for a branded title. Period.” 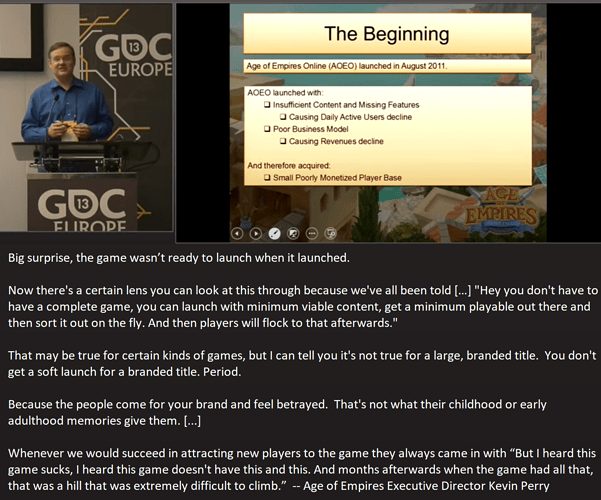 Modding support also no will be possible at launch, they will make it possible like next year, haha for what buy a game for this price when it has almost nothing to offer. 20 years ago nobody would give 10€/$ for this. For sure this game will be a big fail, better stay with age 2 de and invest the money there, also about development, better they improve AOE 2 de than continue with this.

thats basically just a free “content creation” DLC.
Im fine with that although I must admit that the lack of very base cheat code seems weird to me.

You cannot defend every removed feature by the possibility of adding it back in as “free DLC”. Compared to the previous products, it’s a step back. And the price is not reflecting that.

I know multiplayer will likely take awhile to balance but i expected them to run a sort of Season 0 for a few months. No ranked play is really disappointing.

that entirely depends on the foxus you had on the game.

CoD removed Campaigns for one game, battlefield seemingly did so forever, the prices didnt change and these features did NOT come back at all for the game still being full price. probably bc few ppl cared about campaigns, but most palyed MP.
Just to mention 2 examples. I am happy we will get this stuff at all.

So they decided to launch a half finished game.
No money from me then.

I guess I will check back in 9 months and see if the game has become worth getting by then.

I know multiplayer will likely take awhile to balance but i expected them to run a sort of Season 0 for a few months. No ranked play is really disappointing.

Yeah, and also no lumber resource at launch is very disappointing.

On a more serious note, who gave you the idea there will be no multiplayer? Global ranked queue is mathmaking people from different servers. You won’t be able to play against Chinese people if you’re from US, which is actually better, since the ping will be better.

CoD removed Campaigns for one game, battlefield seemingly did so forever, the prices didnt change and these features did NOT come back
(…)
Just to mention 2 examples.

You are right and there are many more. You can decide for yourself if you agree with that trend or not.
I personally think it’s wrong, especially the notion that they “will deliver features post launch”. I don’t trust them with that. That is what service products and early access exist for.

We are also still talking about big daddy corpo M$ combined with Relic (who already showed that they are ready to drop even their big brand products with DoW3).

No ranked play is really disappointing.

Are you sure that is what that comment meant? Absolutely no ranked ladder for a while? Shouldn’t that be the driving focus of the game?

I personally agree with the trend, IF the content is delivered. And if its not a large cut.

Because if the game has a great base quality, I dont care if some parts come as a service- as long as its in time and the quality is maintained.
See, BFV did that VERY wrong, and failed with it.
But while MW19 for example did only add a few maps, I still think they were done well and a great update to the content.
Cant wait to see vanguard with 16 maps at launch, and to see if tehy will deliver more

But you are right, and probably there were many games that didnt deliver, so its fair to assume that they might not aswell.

I’d be totally fine with a barebones core if it was marketed and sold as a service. That includes a lower starting price though… or some kind of subscription model. Without such a system, they are not accountable for anything post launch. They could literally shut down the servers and quit the industry on day one after launch ^^

But you are right, and probably there were many games that didnt deliver, so its fair to assume that they might not aswell.

Yeah it’s a personal trust thing and gambling to some degree. I backed enough crap that went nowhere to stay away from EA models (which I consider this)… Others may have a more positive outlook.

Its called shrinkflation. They can’t raise the price of the game without tanking the sales so they cut features to stay within their budget.

In my opinion videogames as a service makes a lot more sense in 2021 than paying an upfront price and hoping that they follow through with support.

With Age4 being available in gamepass at release I guess they are doing kind of both.

Hopefully that logic means they will indeed follow through with support. I’m always concerned about post-launch roadmaps, since they too depend on sales performance and player engagement.

Content creating in AoE, just as in many other games of many other genres, extends the replayability like nothing else. I understand today’s business isn’t the same as 20 years ago, but this a huge oversight, it feels really odd that it’s not coming on launch.

I can’t believe it. It’s crazy. I’ll read the whole article later and try to write more about it.
Geez.

Not this ■■■■ again. This is a video based on a terribly written article based on an interview.

It even misquotes the article in its title.