I really don’t understand the reason for this toxic ban given by aoe2, I totally disagree with the decision of ban from ranked matchmaking players who dodge or leave a game before minute 5.

The elo is totally different before a player who plays Arabia vs a player who plays Arena or Blackforest. I think it should by like Counter Strike Global Offensive, where players choose the maps they want to play and thats it. Banning for leave before min 5 doesnt seem ok also.

A couple of minutes ago i resign in a game where i loose the scout and two vills agains boar because i had a huge lag, i leave that game and got banned because it was before min 5. Doesn’t make any sense.

I’m in a 30 min timeout for exactly the same reason. I can only assume MS is purposely nuking this game so they can sell more AOE4.

Seriously go do some other stuff for 5 minutes if you want to resign. Wash the dishes, use the bathroom, put the laundry in the washing machine, feed your cat, take a shower, do some push-ups, rest your eyes. And then return to your PC resign ant start anew. That 5 minutes wait is not a big price for curbing dodgers. Just learn not to think of it as a time wasted, your cat will appreciate it too.

Timeouts become longer and longer, before you know it you have 24h timeout.

Toxic devs don’t give a crap about map preferences. 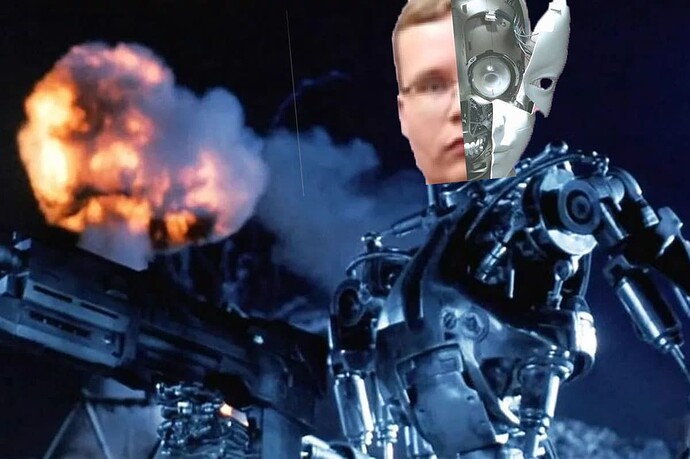 No, that is ridiculous.

Does it give a warning that will be the outcome when you try to leave? If it doesn’t, I’d suggest that as the first thing they should change. It’s not too unreasonable to have a time before which you can’t forfeit a team game. Rocket League, for example, doesn’t allow a team to forfeit before 1:30 into a game (games last 5:00, so that is 30% of the game duration), and I can’t recall seeing anyone complain that this time should be shorter. But it does tell you what will happen if you try to leave before then. I think you can always leave 1v1 games without penalty, but there is an option to report a player for throwing, so obviously if someone repeatedly leaves 1v1 games to throw their rating down so they can smurf, they’d risk being reported and banned for that.

So your elo will drop and then next game you’ll be paired against a player who might also make that early mistake. Is that an issue?

can always leave 1v1 games without penalty, but there is an option to report a player for throwing, so obviously if someone repeatedly leaves 1v1 games to throw their rating down so they can smurf, they’d risk being rep

First at all, you are quoting just a part of my sentence, changing the meaning of what i wrote. Anyways, i think it is enough with the elo drop, no need to get banned for leaving early in a one vs one match.

I’m just talking about 1v1 matches, sry i forgot to wrote that. There is no warning about getting banned for leaving the match early, and in 1v1 it is just a waste of time making players keep in game until minute 5, in that way i could keep in game totally AFK making loose time to my oponent. It doesnt make any sense.

I suggested doing some “life” while still in the game, not while serving the ban. Just leave everything idle then come back 5 minutes later and gg. Youll get no ban, your eyes will get some rest, your joints get some movement. Its a win-win situation.

@L0omaster
I am familliar with that. The problem is that even if you explain others you will resign at minute 5, they will still blame you. They don’t understand that the system is toxic and everyone has to deal with that, it is not because they tolerate something that they can demand others to do the same. On the other hand their annoyance can be understood as it might be their favorite map, or they just don’t care. It’s tricky. You wanna tell them because you dont like to waste their time, on the other hand you probably can’t afford to get mass reported. In their position, If someone tells me they will resign at 5 minute I will thank them for the heads up. There is no perfect solution within our power because if everyone starts leaving then queue times suffer, however if everyone just takes it then nothing ever changes.

I tried reducing the collateral by having several accounts and leaving right after the map is revealed, but these titanic devs created diminishing returns through exponential timeouts which means this is not a permanent solution.

Today I get: amazon forest, islands, arena, mega random, land nomad, nomad… I want to add that I have bad wrist issues from playing since last year, I can only do a few games per day so this makes it even less of an option to waste my wrist on disliked maps.

We have tried everything, now only Villesinator can save us.

technicaly it caps at 20h but that stays for each timeout going forward. i know because i can only que up once a day because the rest of the 20 hours i have spent banned. im glad the campaigns are so engaging because otherwise i would have had to abandon this game after 6000 hours pre change

Seriously go do some other stuff for 5 minutes if you want to resign. Wash the dishes, use the bathroom, put the laundry in the washing machine, feed your cat, take a shower, do some push-ups, rest your eyes. And then return to your PC resign ant start anew. That 5 minutes wait is not a big price for curbing dodgers. Just learn not to think of it as a time wasted, your cat will appreciate it too.

So, let’s summarize, in order to fight Alt-F4’ers ruining the game, you suggest that he waits 5 minutes before Alt-f4’ing, still ruining the game, but now people on the lobby have wasted 5 minutes too (In a 4v4 game that means the Alt-f4’er wastes 5 minutes of his time while the rest of the lobby waits 35 min). Can you remind me what was the goal of the penalty?

Not to mention that one might sit down and play after he/she did those things.
But guess what, you have to wait more then.
Nonsense.

And for the Nth time I remind you that you get the penalty even if you’re the last human player against the AI in Quickplay.
Double nonsense.

Lagging in 1v1? Does that happen a lot to you?

Nope, it was just a problem with my isp D:

The big issue is some players want to play only arabia and some players want everything expect arabia.
When you play only arabia you can’t swipe easily to an island map or arena and vis versa.
The issue is Microsoft want to force us to play some type of game. We are not at work or at school…
For the 5 minutes, it’s tottaly stupid. The player who resign will loose some elo. And if we force him to play he will do the dishes and the opponent will play for nothing. Even top players resign sometime at less than 5 minutes.
It make a year I didn’t play in rank because we can’t choose the kind of map

If people are getting longer queue times because they only want to play certain maps, that’s their choice, it should not be forced !!

Yes, we are just a punch of players compared with other games and this things just make this worst.
I’m sure that if microsoft is checking the count of “dodges” they aren’t taking in consideration the number of people leaving before minute 10.