AOE II Dawn of the Dukes: Bohemians and Poles

Next we need Georgians and Armenians.

They should really start adding civs outside of Europe by this point, Lords of the West is already an overkill for me, and now another 2 Euro civs. This game really starts to become Eurocentric IMHO.

Agree completely with you. We have now 6 civs using Eastern European architecture which is complete overkill. 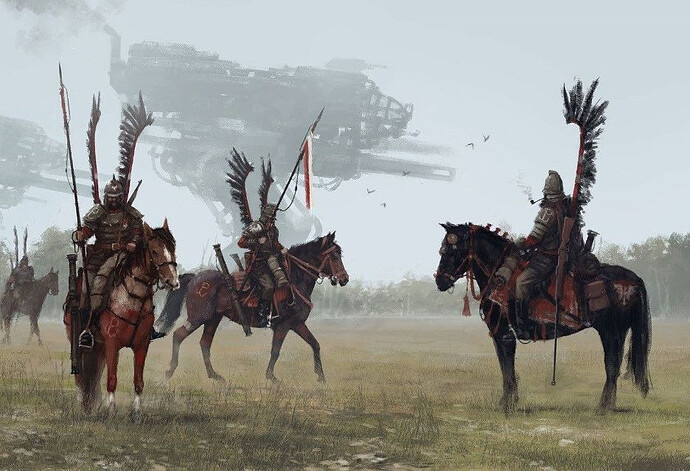 The hussar looks like a imperial upgrade or something for the hussars?

How did you find it? I cant see it on Steam.

Does anybody know what the Polish wonder is? The Bohemian one is Karlstejn castle as expected but Poles I don’t know.

EDIT: Actually, Karlstejn is the unique castle model, Tyn Cathedral is the wonder.

Via SteamDB. I have the link to the store page now:

Amen good sir. We shall have them next!

Oh okay didn’t know that, thanks for telling me!

do you know what bohemian campaign??

Algirdas and Kestutis – Faced with an impending invasion by the greedy Teutonic Knights, the small principality of Lithuania is on the brink of catastrophe. Divided and without wise leadership, the last pagans of Europe appear doomed, but Prince Algirdas and his loyal brother, Kestutis, refuse to bow to the marauders. Can they repel the crusaders and then contend with the grandsons of Genghis Khan — the fearsome horselords of the Golden Horde? In this campaign, you will play as the Lithuanians.

Jadwiga – Sent away from her mother and forcibly parted from the young man whom she loved, Jadwiga ascended to the Polish throne as a mere child. In a time of unending war, she must forge a future for her kingdom while contending with the wills of formidable leaders like Jogaila and Vytautas the Great. Can the beloved Star of the Poles bring about her vision of a powerful, united Poland-Lithuania, or will the incessant maelstrom of war plunge both realms into ruin once more? In this campaign, you will play as the Poles.

Jan Zizka – One-eyed Jan Zizka spent his youth as a mercenary fighting for honor and coin, but his destiny changed forever when he heard the preachings of the reformer Jan Hus in Prague. As a champion of the Hussite cause and the leader of its invincible armies, Zizka shattered existing notions of warfare with technological and tactical innovations. Cement the legacy of one of history’s greatest generals by galvanizing mere peasants into highly disciplined units and leading them to triumph over the Holy Roman Emperor’s knightly armies. In this campaign, you will play as the Bohemians.

do you know what bohemian campaign??

God is good!! We shall have POLAND!!!

I stood next tot that Wawel in Krakaw and I knew we had to have the Poles in game!!
Wawel (castel) Catherdal in Krakaw Poland is the Wonder for the Poles. I stood right next to that wonder and I love it. My Profile Icon shows the Cast of Krakaw in the back ground.

AAHH I am happy. I have an idea what the Polish unique building could be. It might a merged dropoff sites, so you can use is as Lumbercamp, Mining camp and Mill as well.

need a history lesson before playing these campaigns…