AOE2:DE - Where is the roadmap?

Upon the release of the patch 56005, at the end of the very long patch notes there was this great paragraph:

When can we expect some AOE2:DE news?

A new DLC will be announced until the end of the year, alongside a big patch to multiplayer functionalities.

It there a reference for this ? Or are you just speculating ?

What’s your source on this?

It there a reference for this ?

Or are you just speculating ?

What’s your source on this?

It was once revealed to me in a dream.

On a more serious note, considering the amount of time that has passed since the last dlc, and the last big update, as well as the focuses of the devs in the past few months, and also the “following months” thing in the post referenced above, it’s logical.

Forgotten empires was looking for employee, let’s dream and hope they employ a graphic producer that will make optional egional unit sets a thing in aoe 2 similar to aoe 4,

and make it non datamod mddable while at it too, to change unit skins and architecture sets, I really want my bohemian western Europe set, and regional monks.

Wow that will be amazing, that is the ultimate hope for DE2.

I think it also means they are looking for AOM DE, in the past they were hiring people for UI, Models and balance, so it maybe a clue.

If I had to guess, I would say it will drop in the next two weeks with the patch.

What I expect to see is an announcement for two DLCs and unique castles for each civ with maybe unique monks.

With regards to the theme, the very next DLC is probably going to focus on India and the one after I wish is about either Africa or America.

I’ve never really understood why people want America. The current meso civs are cool (I personally don’t like Aztecs because reasons I could detail, but they have never really deserved being S tier on Arabia in my opinion), but more North American civs would have even more technological differences with the rest of the world. They also, to my knowledge, didn’t really build any equivalents of a castle, and don’t have enough written history to be able to reconstruct them as a civ without making up a lot of stuff. I wholeheartedly agree with Africa, India, and Asia, but not North American tribes. If anything, they would be better in AoE4, because of all the unique mechanics, but the technology lets them down. They are really more of an AoE3 type thing to be honest.

I really dig Mississippians because IMO they’d really fit in the context of AOE2: 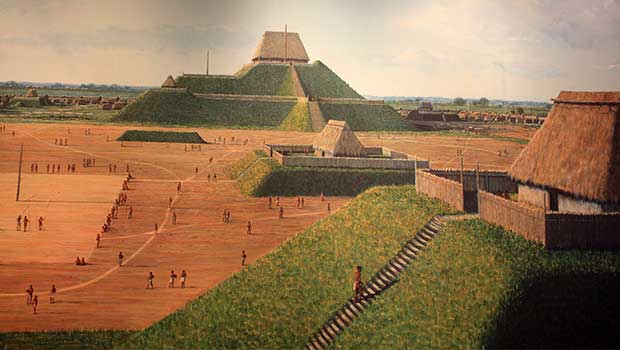 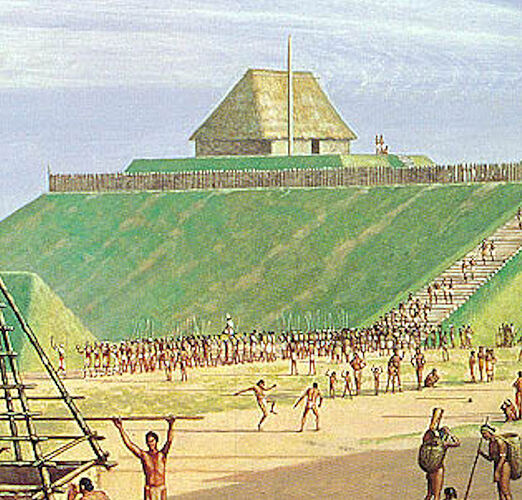 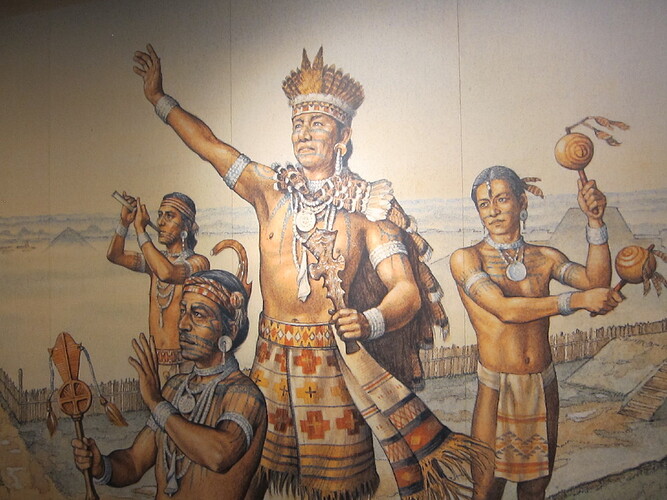 The only thing which would probably some extensive research is the leader list but I’m convinced they would do well as unique civ additions. A perfect candidate for a 4th Eagle Warrior civ IMO and especially if they’d come with a new architecture set (which they should), they’d add a lot to the game which other civ additions some people suggest here couldn’t.

The glory days of the Mississippi culture are long gone in the time frame AOE3 depicts. They’d teach a lot of lesser known Precolumbian history which is a big plus for me.

Most people are quite ignorant to say the least about Precolumbian North America.

Ok, then. I think that adding a civ like that would be the perfect time to introduce regional or even civ specific units. I also very much like the idea of new architecture sets. Maybe they could come with a south American civ as well? That way, you kind of finish off the Americas (Mostly, we still have to cover some other parts of the world, and we are currently hard capped at 48), add two new interesting civs, and get some more unit skins and architecture.

Also: did you do the art? It’s actually pretty good.

What I expect to see is an announcement for two DLCs and unique castles for each civ with maybe unique monks.

I would like to know where they said anything about new DLC?

Also: did you do the art? It’s actually pretty good.

No, I’m not as talented

If this thing with the cap is true, which I honestly don’t believe or at least hope, I’d put the focus on Africa, America, South Asia, Sinosphere and maybe one Oceanian representative.

I don’t share the opinion than some more Caucasian representatives are last 9 civ material. They’re too minor and bland for my taste.

I think it is absolutely essential that new DLCs either introduce new arch sets or at least the lesser used ones and use less used unit lines.

I think that there are still too much holes in what we know about the Mississipian, and that they barely ever had any contacts with the other civs, for them to be a viable addition. I think something like Chimu + Mapuche to give company to the Incas would be better.

It annoys me as Precolumbian history enthusiast how unfitting the set is which the Inca use.

Either you have a source, or you’re speculating. Link up or kindly don’t pretend you’re basic this on objective fact.

Mad respect to whoever drew up their buildings. I could see them being added, not like I have any better ideas.

Her speculation is correct

Is it a survey from MS or FE?