When I attempt to play a Ranked Team Game, I am unable to invite other players to my team. I can accept invites from other players, but I cannot send the invite myself.

I expect a menu to open where I can search for other players so I can send them an invite.

I receive a popup saying “Failed to bring up the invitation dialog. Try again shortly.” 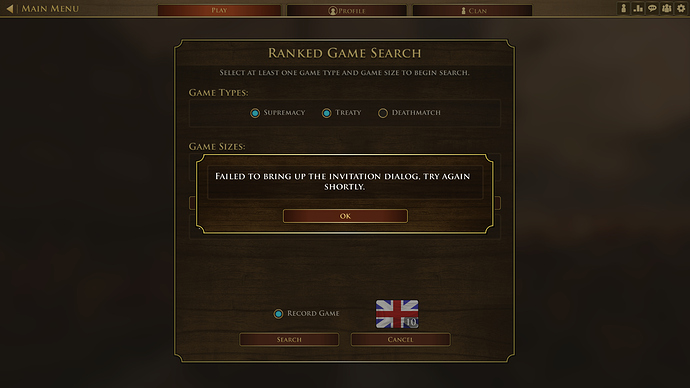 I have exactly the same issue.

i had the Xbox Version (free bc of gamepass) and the invite menu would pop up, however i couldnt find out how to add friends from steam or newly made DE friends and invite them (let along message them or see if they online…), so i deleted it and got it on steam to play with brother, but i can’t invite him! i get invites from him and can accept them. however we experienced a terrible time trying to load up lobbies, so i do wonder if thats connected somehow…

I have the same issue and it is quite frustrating. Is there a known fix for this? 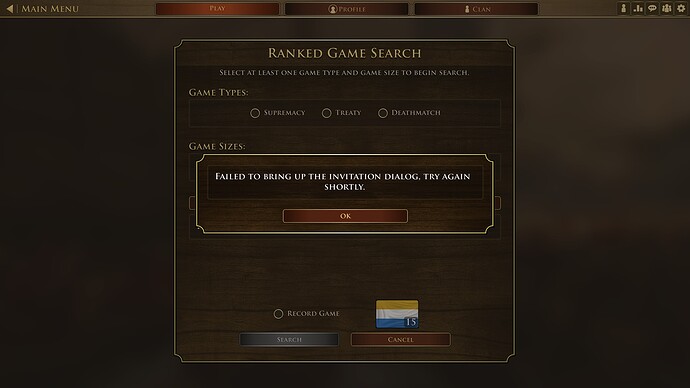 I was told this error occurs because I have some “Steam Overlay” disabled. Re-enabling that in your Steam settings should let you invite players again (I guess you could enable it to invite people and then disable it immediately afterwards if you want it off. I just have my friends invite me to games instead. Both solutions are suboptimal lol.)