Native Treaties is listed out of order on the tech tree. It’s below the tech it unlocks on the graph, Native Warriors, instead of above it, as per the tree diagram.

If Native Treaties unlocks Native Warriors it should have been above it on the graph, not below it. 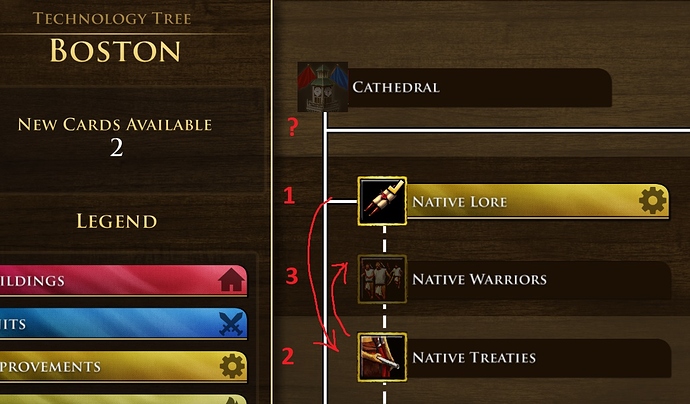 @VagrantBloom811 The card icon is greyed out and appears as unavailable (indicating a missing prerequisite) until you actually click it. Per the dashed line on the tree, it’s supposed to display as illuminated indicating that you can click it and take the card.

These two techs probably simply need to be swapped on the tree.

But they r not tech , they r cards from homecitu