AoE4 to be designed as GaaS, to use Relic's Essence Engine and gameplay likely to include squads

Some bits of new info, more or less expected, amidst the many new job openings for AoE posted by both Microsoft and Relic in the last few days.

Relic hiring Lead Rendering Programmer to work on improving the engine “behind Age IV, Dawn of War and Company of Heroes”:
~correction to the thread linked in the footnote of this post 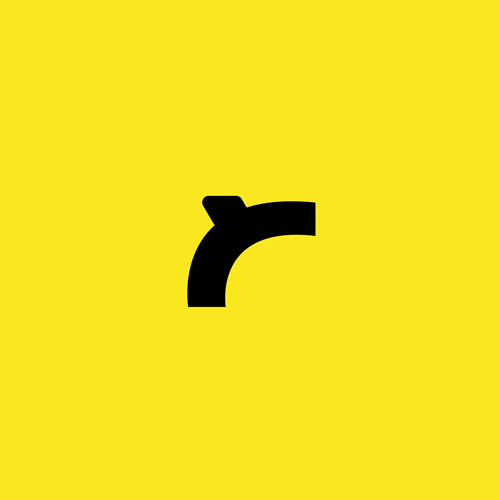 Relic hiring lead AI programmer for AoE4 to focus on “AI at multiple levels including, squad, and campaign”:

Thank you for your interest in Relic and for checking out our job board!  Curious about Relic? Relic Entertainment is a wholly owned studio of SEGA. We are an award-winning developer of genre-defining games like Homeworld, Dawn of War,...

10 Likes
AoE4 likely to still use human gatherers, wood as resource and own engine as specified by new job ad
Will AoE IV use Unreal Engine 5?
RadiatingBlade June 2, 2019, 1:19am #2

“Relic Entertainment, a wholly owned studio of SEGA, is the award winning RTS developer of Homeworld, Dawn of War, Company of Heroes and Age of Empires…”

That’s borderline misleading. While Relic Entertainment is an award winning RTS developer, none of those awards are from developing an Age of Empires game.

Still, it’s encouraging to see that both Microsoft and Relic Entertainment are continuing to hire for work on Age of Empires games. It means that games are still in active development and they know what skills are needed to be successful.

I think There Will be not squads. This Is Always Age of Empires

It’s good that they work on AI and show that they need people. It can show us a little about what they are working on and in what order. For those who think that the game would not be in the WW era, admitted that it is strange to see a game of the Middle Ages or prehistoric next to “Dawn of war” and “Company of Heroes”. This is clearly their work area, they were not chosen for nothing …

AOE4 Will not be set in ww2. Pretty sure about that

That Senior Producer is a very important function. You will not get any closer to all the magic than with that function. Nice to see them learn from certain mistakes.

Christ, I really hope not.

If AOE4 ends up being GAAS it will be a disaster. They are notorious for being released incomplete buggy messes. In addition they rely on recurring monetisation and often have pay to win. Worst they usually break promises and don’t delver the promised content and mess with the balance to drive additional spending. Also if there is reliance on a service - say goodbye to your game when they shut it down whenever they feel like it. Say no to games as a service! Want some examples of games as a service?

Don’t support such shams - demand properly finished and complete games - future paid expansions are fine providing they are not providing what should have been in the game to be begin with and are started after game release.

Also on GAAS generally this video is interesting: https://www.youtube.com/watch?v=tUAX0gnZ3Nw&t=9s

I can tell you that during CoH2’s development (and especially in the latter stages), Quinn Duffy was a strong proponent of the idea of Games as a Service, which basically means continued DLC support for a game - over a number of years - by releasing piecemeal content on top of a fairly threadbare base game.

I can’t imagine his view on this has changed, and so assuming Microsoft have given the go-ahead with this then I wouldn’t at all be surprised were this to come to fruition.

If this happens, you can expect lots of DLC (including some at launch) and various different pre-order editions.

Urgh… Yea no thanks. Many games need a huge comparison table to just to remotely explain what you might be getting between the different versions. It is a joke.

Yes, I agree, but sadly that’s the direction games are going in now.

For developers, it’s cost-effective to release a relatively small game (so long as it works properly) and then just plaster it with DLC for as long as people keep buying it, even when you’re well past the point where the game’s original function/vision has been overtaken.

For a prime example of this, look at Paradox games such as EU IV or CK II.

Cool piece of info. Thanks again, I really want relic to take all the time they want, but in the end I want a familiar game. Not some down the mill copycat.

While I’m taking a “wait and see” approach, I do hope that they do not go down the whole “Games as a Service” road. I for one can never get excited about buying a game when I see a zillion DLC packs on it’s store page, because that always suggests that much of the content is hardly optional at all.

Such a path would also lend itself to a repeat of the Dawn of War 3 disaster; a threadbare game released with the idea of lots of DLC being released… all down the drain because no body who played the fairly content rich series till that point appreciated a threadbare product.

I really hope they deliver a product that does not rely on future promises. I want the kind of game that feels like it’s worth my time and money on day one, without the NEED for DLC or a patch (beyond the occasional software fix).

Regarding squads; I don’t see that as being a b ad thing, even if this is still ancient world or medieval in theme. Rise of Nations, Kohan and a bunch of other RTS games have groups in a single unit too, as does the recent Ancestors: Legacy, so it can work out.

Yea no issue with squads - Battle for Middle Earth I and II used it too and they are great games.

GaaS could lead to multiplayer base fragmentation if not implement correctly.
You cant have multiple civilization being DLC exclusive, it will remove the competitiveness of multiplayer. Hence why expansions packs are good, because it bundle all civs together so there is no fragmentation.

If expansions are out of the table, all civs need be unlockable through gameplay ( and don’t try to do the same thing as StartWars battlefront II fiasco). Also remember some people still hated the fact that on AoE3 you still had to level up you civilization to unlock cards.

Also if each new civilization is part of DLC, it MUST EXIST CONSTANT BALANCE PATCHES. No one will want to play vs the same OP civilization every single game. There are even games in the lobby from AoE3 that stated NO OP. if that happens you will fragmenting the player-base even more.

AI:
Campaign will most likely be strictly scripted, since would narrate historical events
I don’t think squad is related on how the units group together, because there is no mention in another job offer that Microsoft posted sometime ago:

It doesn’t make sense a squad have AI. Maybe they are renaming the skirmish to squad, idk.
Mention about a already implemented AI.
Machine Learning: are they trying to implement some kind of self-improve AI for the hardest difficulty? Microsoft announce a new AI platform in the 2018 E3, maybe is that? like i discussed here :Age of Empires AI

Game as a service reminds me of my childhood days when Playboy Magazine were a thing. We would go on the back of the school during our lunch breaks and give money to 12 graders to borrow the magazine. They would have hourly rate, and if a particular edition is full of nudity, then the rate becomes not hourly, but by each page turn.
Today, publishers are like those seniors with nude prostitutes/models, and all they care about is money. You know I would be happy if they actually pay their employees decently, but they don’t. It is all pyramid scheme. Top guys drive Ferrari, while guys in the bottom have to even drive Uber to feed themselves and their family.

I seriously need to have a chat with this Duffy fella in the twitter. I would rather take weighted expansions, like Firaxis does, then freaking cash-grabing dlcs.

so its going to be Canadian game … launched by Microsoft. Good luck .

Relic yet had no role in AoE franchise, this is a marketing stunt displayed by relic.

We don’t want a GaaS, we want a complete, finished and working product for wich we happily pay a full price once and then prehaps for a few quality DLC’s again.
Also this is Age of Empires, it has its very own feel to it, so don’t implement squads it’s not Dawn of War.