Armors are ugly and inaccurate

Many people noticed the ridiculous cartoonish large weapons and arrows and it’s indeed a major flaw which I hope will be fixed.

Sadly, armors aren’t much better. English units have ugly cliché armors which make no sense historically-wise, the devs didn’t make any research for them.
Indians at least have historical armors, but they date from the 18th-19th centuries (kula khud style)…

I’m not saying that armors should be 100% historically accurate, but hell just some historical inspiration please.

The following pictures show reenactment 13th century Western European armors, which would be perfect for English castle age knights for example. Imagine how cool that would look in game. It’s not complicated: just a well-fitted hauberk, cylindrical helm and colorful shields, surcoats and caparisons. 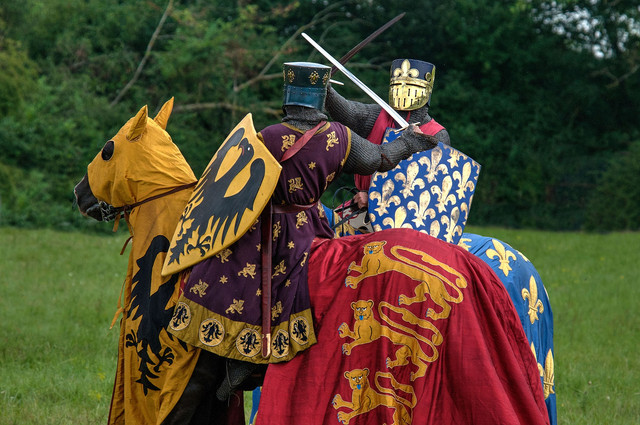 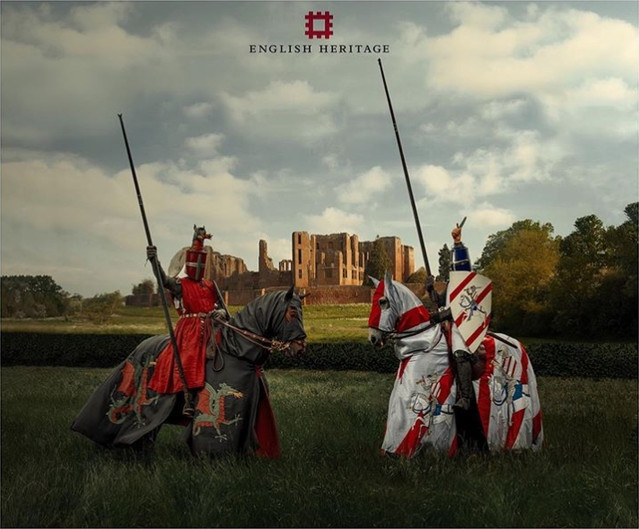 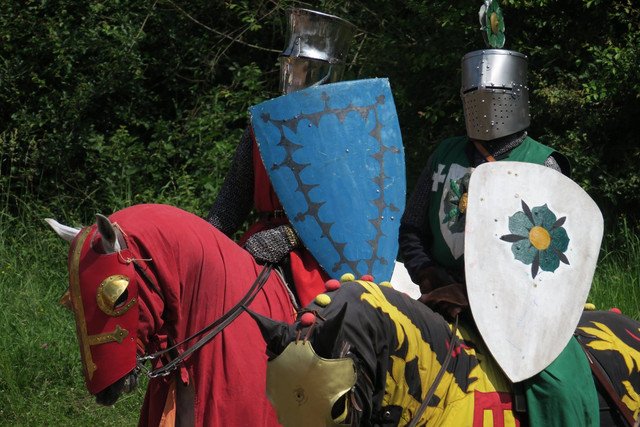 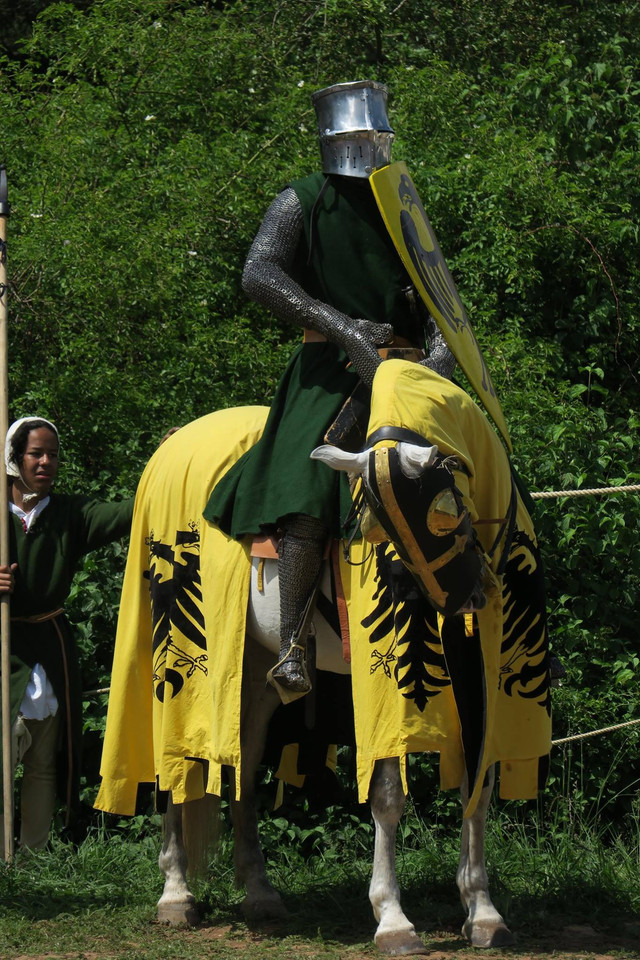 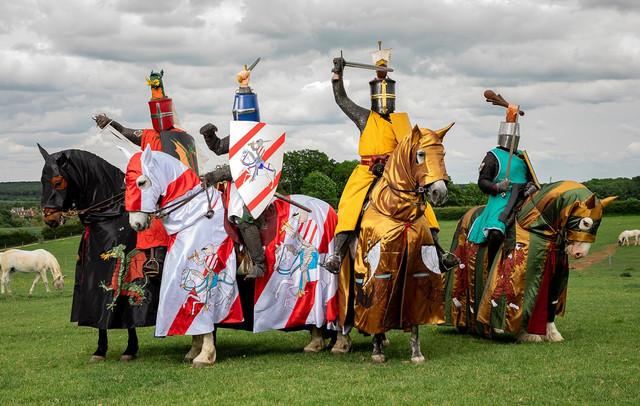 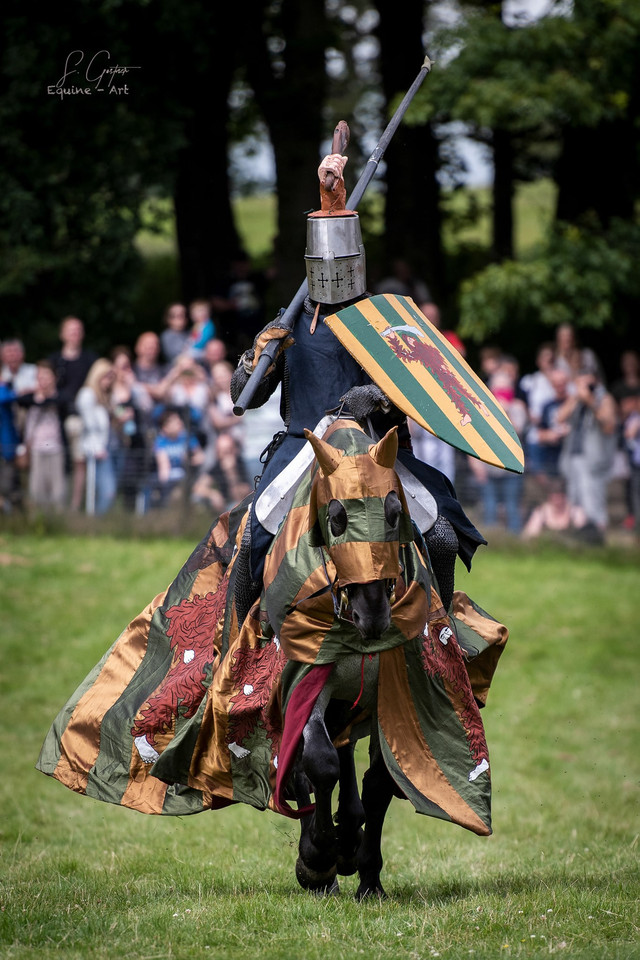 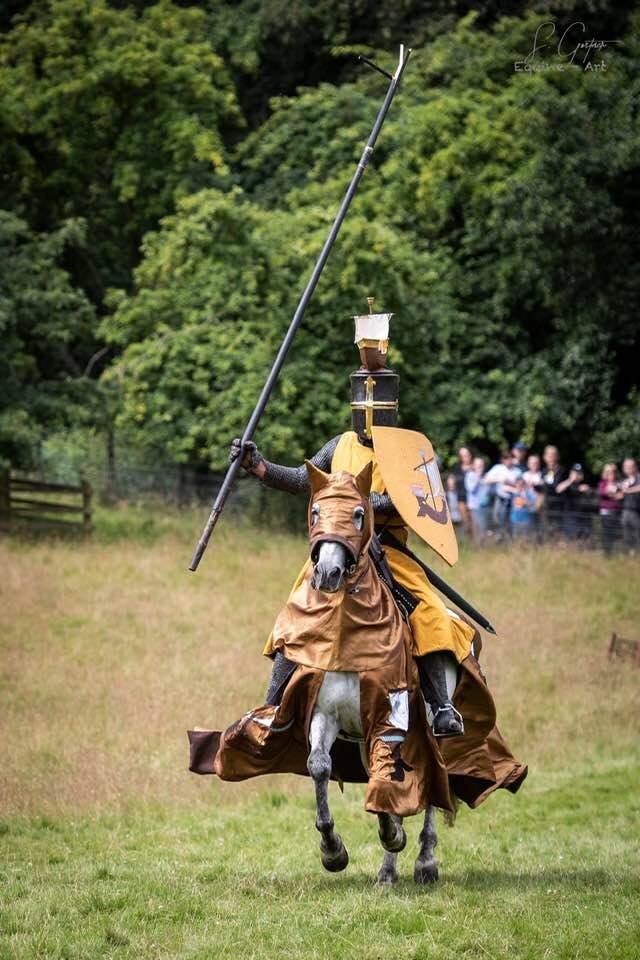 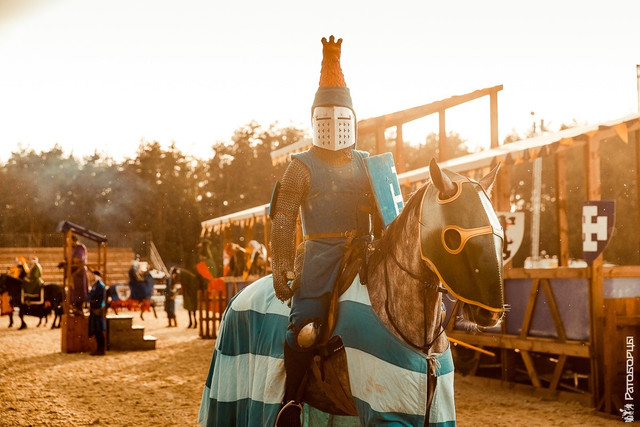 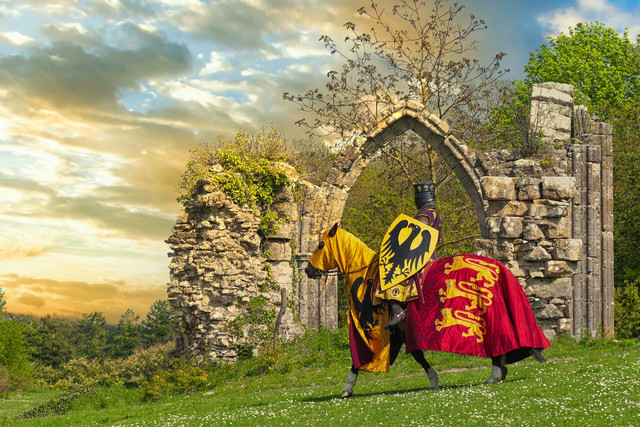 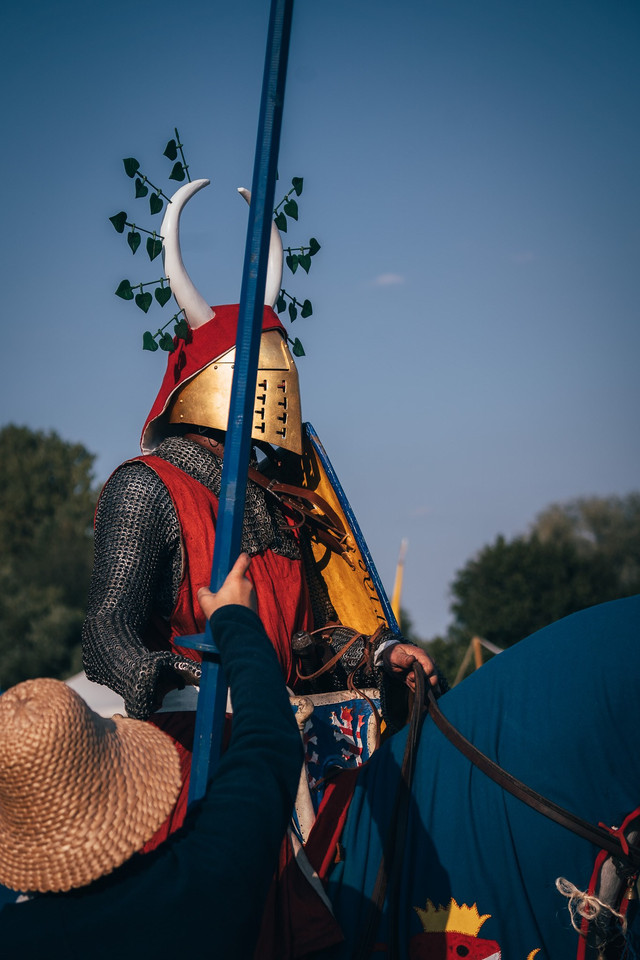 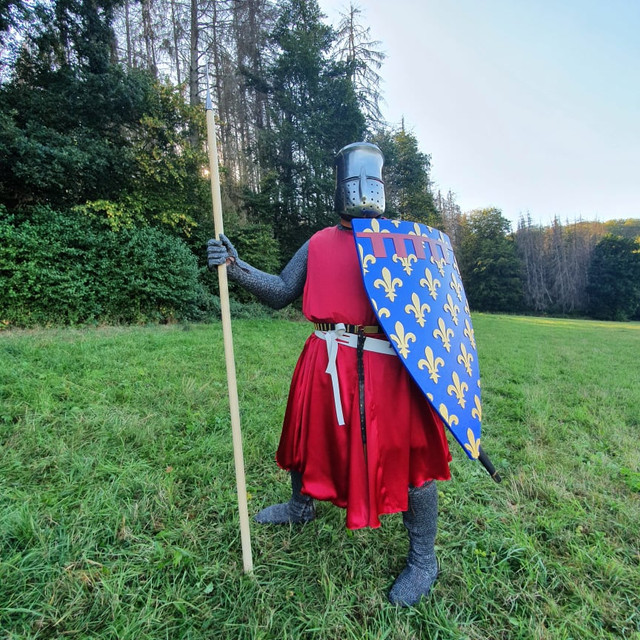 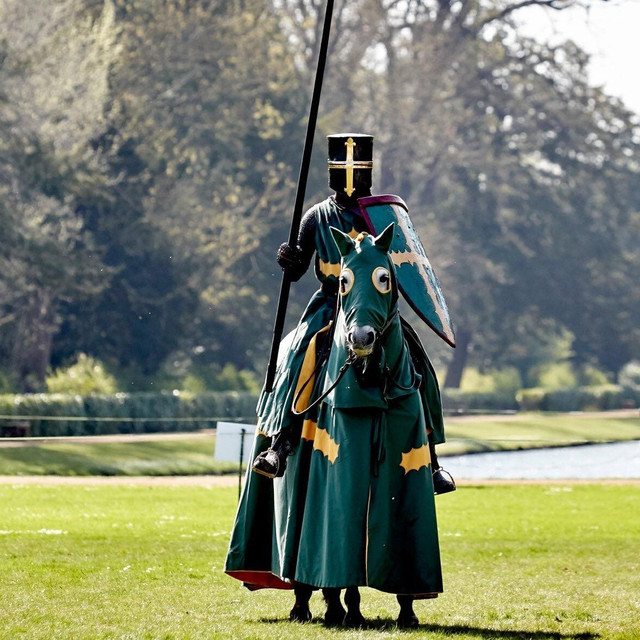 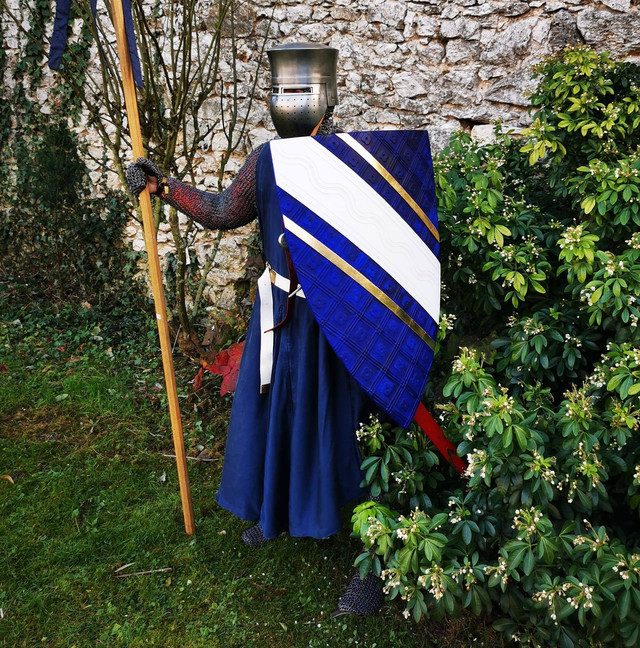 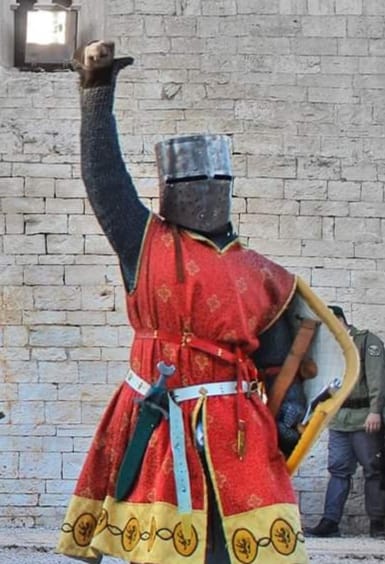 Where did you get these pictures from? I have to say they are pretty impressive.

Reddit, Facebook… I’ve been hanging around in reenactment groups for years. Currently building my own 13th century armor btw.

I was also expecting something more in those terms. With more country specific symbols, flags, armors and weapons that will stand out in a good way and communicate the culture of the units.
I didn’t see that.

hopefully people will mod it

That not the total picture, that’s the armors for 12-13century.

Too much color imo

Yup, units in a game like AoE will obviously need to be unicolor. Plus, Civs should have non-specific symbols since they will need to be used to represent different factons/lords/etc from different times in both campaigns and for scenario editor use.

They don’t have to be that colorful. Although we’ve already seen several units painted with more than one color.

It’s their design that could be more unique imo, things like the horse armors, helmets and weapons. You can see in the photos of the OP the artistic patterns that several of them feature.

I am really curious to see how much differentiated will the English be from potential French or Germans.

Then their symbols.
They don’t have to be localized to Lords and Dukes. But they could be more detailed.
The English for example are represented by a simple generic cross. What happened to the Royal Standard of England? The Plantagenet Coat of Arms?

Then we see that all civs’ cavalry feature the same small blue triangular flag on their lances. That should differ.
Then on Castles, Walls, Town Centers or among the armies, there was not a single unique civ-specific flag flying, why not?
Small things like that can greatly help with the immersion.
Overall I’d like to see more love in the game and more attention to details.

To give an example of something that really struck me, the fighting between the Mongols and the Chinese during the ambush.
The cavalry units especially look too much alike, like generic units, can’t tell who’s who. Can you? 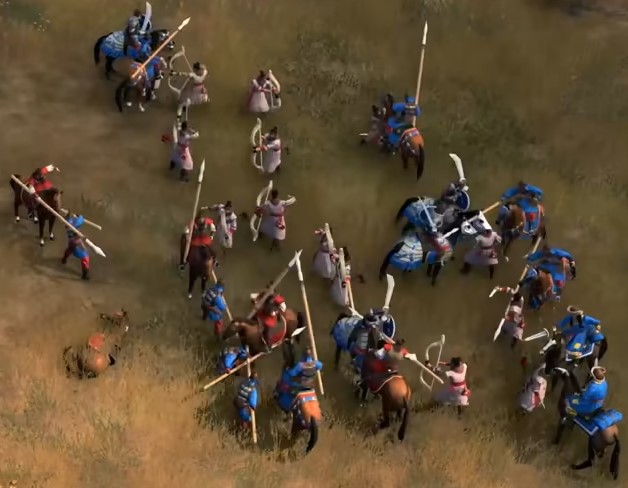 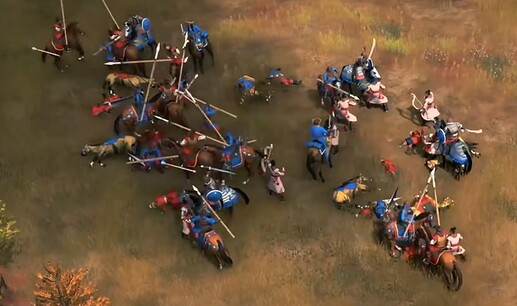 Of course if directly taken from the pictures there is too much colors for the game. When I say “colorful”, taking example on the AoE II Cavalier or Paladin would be perfectly good (i.e. white, gold and the player’s color combined with heraldic devices).
Anyway colors are not the main point of my post. I’d just like armors at least slightly based on history instead of the crappy clichés we have seen so far.

I think we just see things differently on this one.

From my point of view, when a subject matter is as broad as it is in AoE, things will be more historically correct if they are depicted broadly rather than specifically. So I actually feel AoE4 is being way too specific already and that it should be more generic than it is. In my opinion AoE should strive to broadly depict a people rather than specifically depict political institutions or symbols that has had the privilege of randomly floating to the top of our historical memory.

I agree the armors are probably not very correct, but I think it is good that we can’t super obviously tell what is Mongol Cavalry and what is Chinese Cavalry in that battle pic you posted, because that’s how it would have been if we had looked at a real battle between them; they wouldn’t be sticking out from each other like theatre stereotypes and historical fashion tropes.

How many pictures do you have of medieval fanboys on horses?

Because the game is generic in all senses ( game play, graphically, animation, art, UI etc)

Sadly model details and unit sizes have already been simplified to please the alpha testers who wanted more clarity in reading the game. I’m personally very disappointed with that, as the original video with Mongols and Britons looked ten times better than what we see now. I’m willing to sacrifice clarity for immersion, but I think I’m in the minority.

that’s how it would have been if we had looked at a real battle between them; they wouldn’t be sticking out from each other like theatre stereotypes and historical fashion tropes.

I know and I agree with that, there have been times in history where people and armies looked so much alike that upon the confusion of the battle soldiers could be attacking their own kind.
I just don’t want such extreme level of realism in the game and I honestly do not think that was a conscious decision from the developers.

I’d like to see more history in a way that makes the civs uniquely interesting and differentiates them more than blends them together. Depending on what ones goal is, you can make both points.
Some people can indeed look too much alike for a number of reasons, symbols and political institutions is a convenient way to tell them apart and give them their own character for the needs of the game.
After all, that’s what many people decided to do for themselves.
Western Europe was formed by an influx of Germanic tribes, they’re all pretty much of the same origin but formed their own political entities and separated one from another. Similarly with the Slavs and so on.

I want to see this level of differentiation in game even if it is not 100% historically accurate to depict them in such a way. It makes the game more fun and atmospheric for me and takes away the generic look. It’s a matter of preference I guess. Some people seem completely fine with the units of AoEII.

The cavalry units especially look too much alike, like generic units, can’t tell who’s who. Can you?

I can tell them apart from the colors

It’s a good thing that you can tell the colors apart.

Cartoon unit recognition is higher, can better play. Too much detail makes it difficult to distinguish units.

I also sent some pictures of Oriental armor. 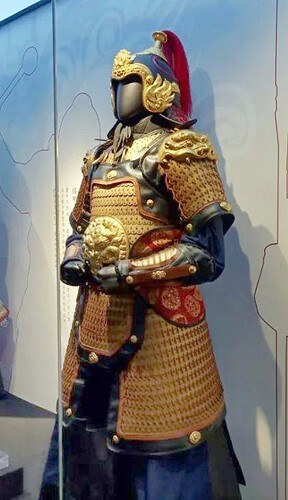 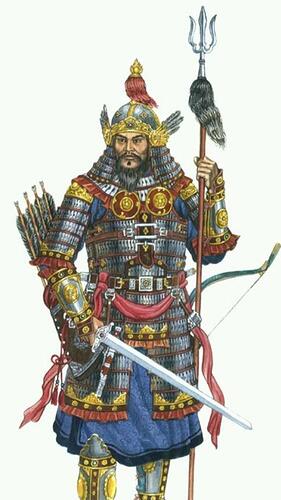 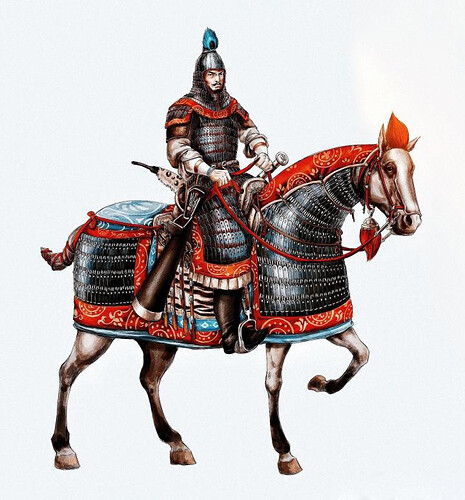 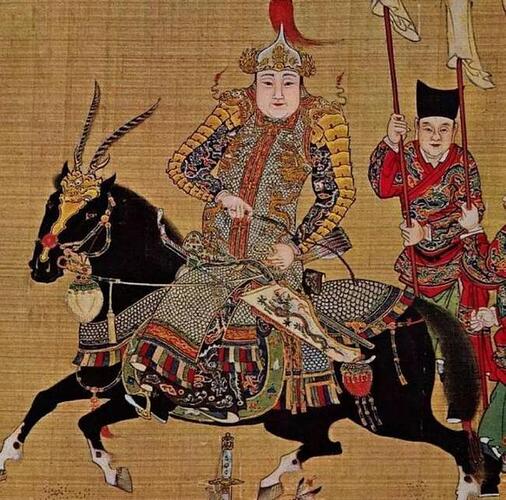 The armor of Ming Dynasty general. 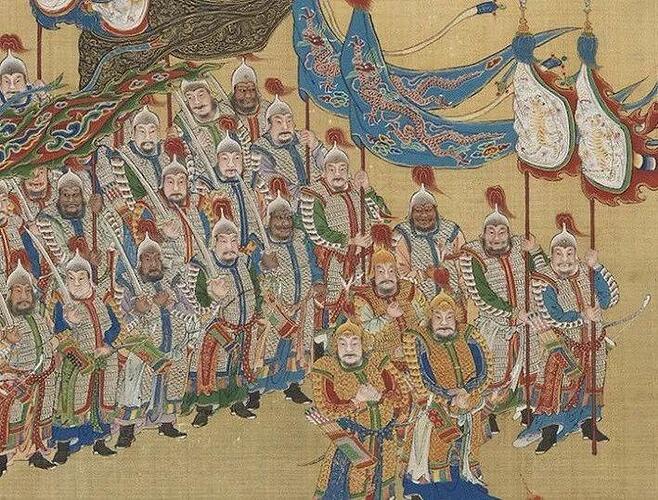 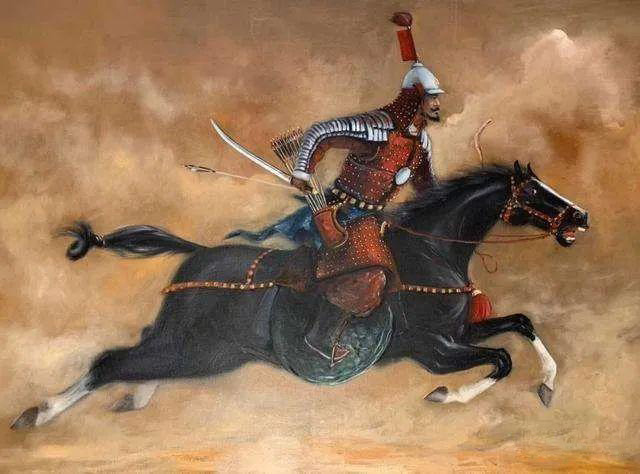 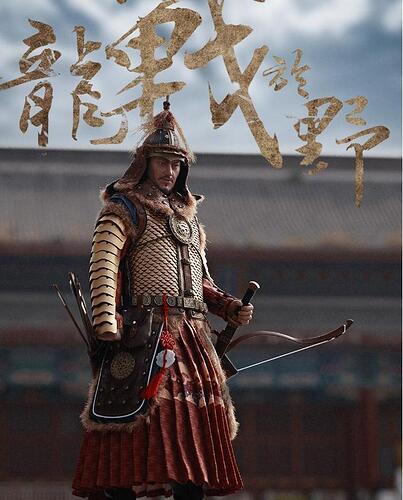 Also beautiful examples.
My main perhaps complain for the Chinese specifically is that they appear to have too much player color attached on them which is what imo actually make them indistinguishable and hides potential armor details.
I hope that’s something we can give feedback on during the beta.

Your second and third images are good examples of proportional use between the unit and player color (red here) that comes as secondary. Rest of the civs seem to be better in this regard.