Frequently, when having a group of units selected, they don’t move altogether to the spot pointed by the player. Besides trying to move as close to the indicated spot as possible, the units seek to maintain their general arrangement on the map, sometimes moving farther from the pointed place.
This behavior often turns it difficult to move units to the precise place the player wants them to stand, especially when attempting to reunite units distant from each other to the same place. 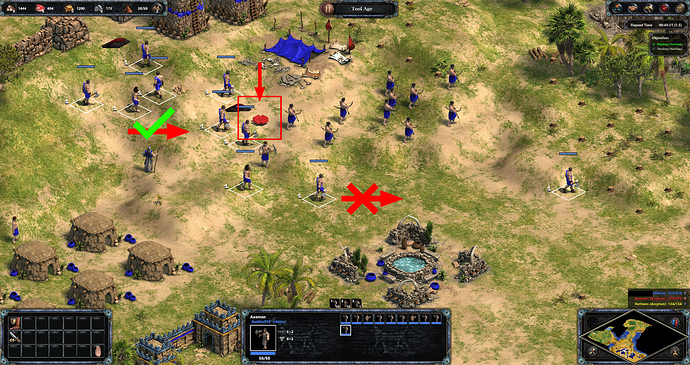 In the situation bellow, I was trying to reunite my tree Chariots, but the one more farther away, pointed on the minimap, moved to a different point at the same time the other two did, but keeping the same previous distance between them. 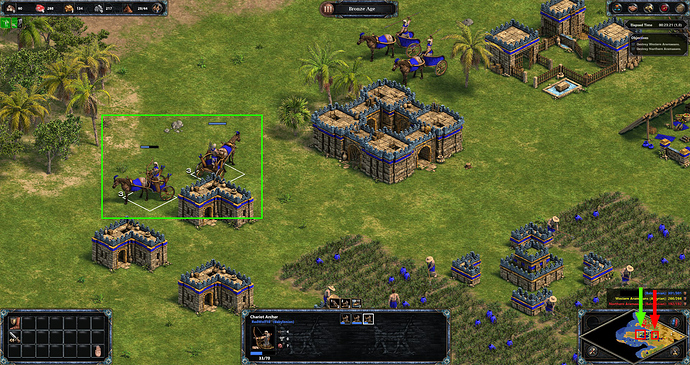 Sometimes the units move correctly to the indicated place, but sometimes don’t, as described, so it is necessary to keep testing.

This would be EASILY fixed by setting the Alt+Mouse2 behavior as the default one!

Since there are no formations available, it would be a really nice workaround.

I can’t remember now what pressing Alt+Right Click does in this game, neither on Age II

But if it could help solve this problem, I would be glad to see it implemented as a solution. This is one of the most annoying unit movement bugs on this game, by far. It is specially troublesome when I have units selected from different locations across the map and I try to reunite them, as I mentioned on the second example.

can’t remember now what pressing Alt+Right Click does in this game, neither on Age II

It gathers units in the same place, as close as possible. In Age 2, I tested it with sheep. Alt+Click 2, does the opposite (legacy pathfinding).