The units keep taking longer, illogical routes to a spot, as if they were blocked by other units, buildings or terrain elements, when it is clear that they have enough space to move through a short route.

Pay attention to units when they move from point A to point B with other units or elements between them.

Occasionally, a unit moves through a even tighter path between others than the one on the image. This makes their pathfinding behavior always uncertain. The priest should have followed the path suggested on the first image, but he took the one shown on the second one. 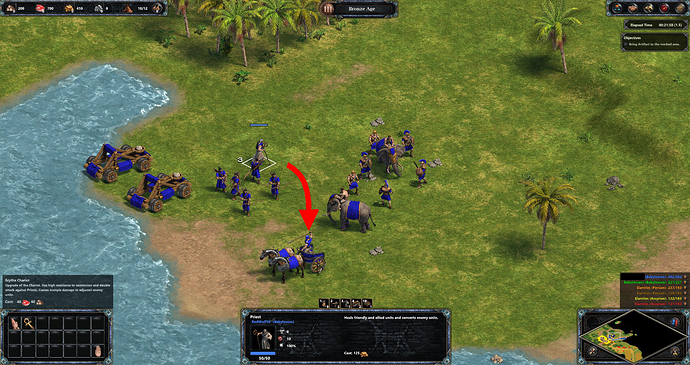 It’s hilarious that Priests are both slow and kinda dumb. It would be nice if their hitboxes could improve so they can fit in places where they should be able to, similar to what’s been done to Villagers so they can collect resources more effectively.

I really like this idea, but I’ve seen this behavior happening with all the other unit types on the game