Bengali Wonder: why are the trees so small?

Why are the trees so small on the Bengali Wonder? 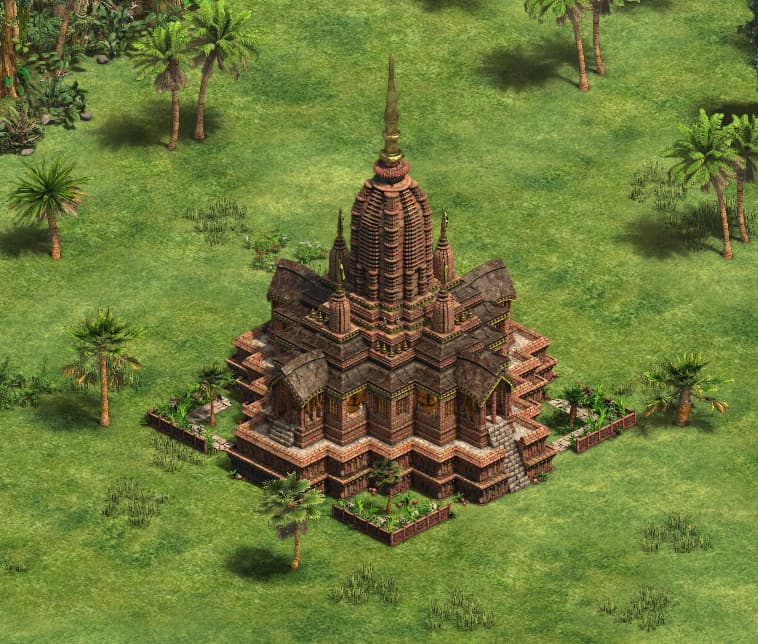 Was this deliberate? To me it sort of looks like the whole building was designed to be bigger, but then was scaled down, including the trees – the team colour parts are also really small and fiddly, and the building looks kind of undersized compared to the Castle.

On the other hand, maybe it’s because so many people use small trees now?

Yes this is exactly the reason

I guess it’s unlikely that anyone will have any more insight into this than me. I suppose I should have asked, are the trees on the Wonder the same size as the official small trees? (I don’t have the small trees mod and really don’t want to download it. Nothing against other people using it, but to me it’s a very ugly fix to a very minor problem.)

How is it a minor problem? You basically can’t select units easily or place lumbercamps/buildings properly when they are obscured by trees. That seems like a pretty major problem to me.

Can’t you? I’ve never had a problem doing either of those things. The only problem I have with trees is targeting a particular tree with a lumberjack or gather point.

I mean, it depends on how the trees are located, if it’s a woodline underneath your base, then it can be very tricky yes. Even if you tried to see where the game allows you to build one (and not always does it let you in my experience), that is still seconds spent on placing down a lumber camp. It might seem insignificant, but it’s really not.

However, I’d say even if the Wonder is designed with small trees in mind, I’d think having larger trees on the wonder would make it stand out even more and seem more important. I do agree it feels a little cramped as if it was designed to be bigger and then scaled down, though.

It seems super weird if the wonder was designed for use with the ST mod since there’s not very much overlap with competitive players using mods to give themselves every possible advantage, and games that feature a wonder in any way, so the hypothesis of the Wonder having been shrunk seems far more plausible. Personally I wouldn’t mind if wonders had a slightly larger foundation and could be more visually impressive compared to every other building, but this would have to be a global change.

Never used small trees tho, even though I sometimes play competitively. IMO the minor tactical advantage just isn’t worth making the map look worse, like it’s Age2 with Age1 trees. To say nothing of it being a slippery slope leading to the abomination that is the Cube Mod

Cube mod is a monstrosity, I don’t see why anyone would use it. At least small trees preserves the idea of trees.

Agree. Most of these pseudo pros need to stop it. If youre not getting money to play aoe2 theres no need to try and act pro with these ridiculous mods

Including the giant deer mod that hoang has. Lmao that stuff is ridiculous

Including the giant deer mod that hoang has. Lmao that stuff is ridiculous

So I tried scaling the Wonder up by replacing the normal graphic file with the enhanced graphic file. 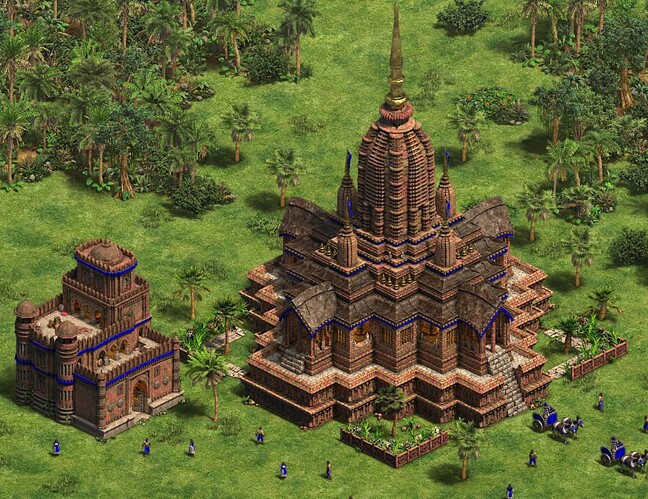 Bengali-Wonder-big1028×792 180 KB
Some things make more sense at this scale. The trees and fences around the corners look like they’re scaled properly, and the player colour parts and some of the details look more reasonable to me. On the other hand, the wall textures look overscaled relative to the ones on the Castle walls now. So basically I don’t know. Maybe it was going to appear as a Cathedral-sized scenario building, and they scaled it down part way through making it to use as the Wonder instead?

Personally I wouldn’t mind if wonders had a slightly larger foundation and could be more visually impressive compared to every other building, but this would have to be a global change.

In alpha versions of The Age of Kings, Wonders were 8-by-8, and the Cathedral graphic was originally going to be a Wonder. (I don’t think any others had graphcis made before they switched to the smaller size.) Castles were 8-by-8 in some early alphas as well, like this one: 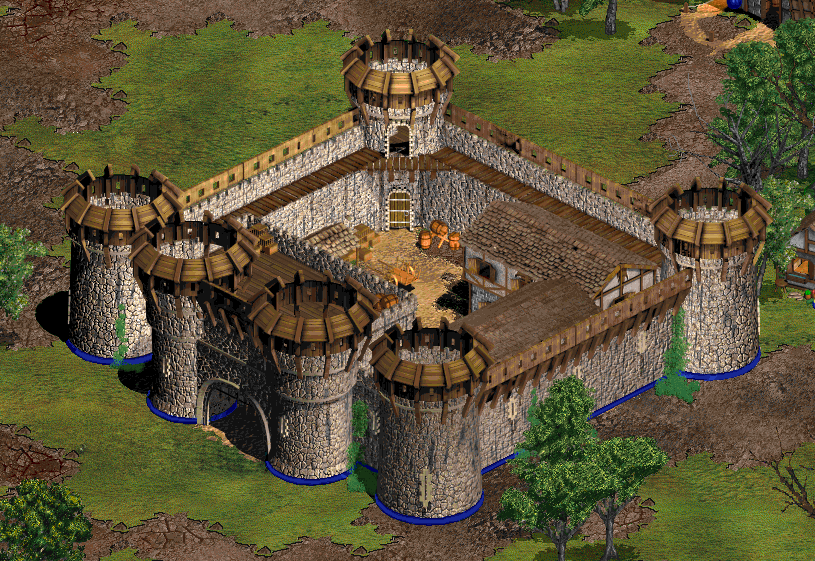 I’m glad I’m not the only one.

Actually I think if I wanted to use small trees, I’d do it by making an AoE1 trees mod, since at least those are designed to be smaller. (Except that I can’t mod with AoE1 graphics because I have the annoying Windows Store version.)