The recent announcement of the “Dawn of the Dukes” has gotten me very excited on the [possible] prospect of new civs incoming into Age of Empires 2. SOTL has already put forth his speculation that the new civs are likely to be, but I have come up with what I think are the most likely new civs: Poles, Bohemians, and Georgians.

PLEASE NOTE: this is just my own speculation, and is not in any way what really will be included in the DLC. We might not even GET new civs at all 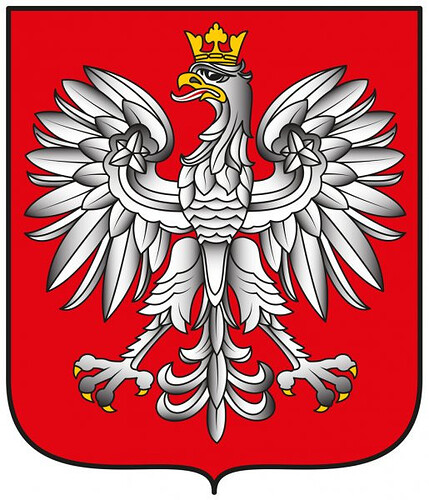 Final Notes: Poles would have access to Paladin and Hussar upgrades, with Bloodlines, Blast Furnace and Plate Barding Armor. So their Paladins/Hussars would be stronger than generic Paladins/Hussars, but the Lithuanian Paladins would still beat Polish Paladins one-on-one (assuming 4 Relics garrisoned). Poles would not get Bracer nor Arbalester upgrade, but would be able to train Elite Skirms (in reference to Poland’s alliance with the Duchy of Lithuania) Siege and Navy tech trees would be mediocre, with access to Fast Fire Ship and Heavy Demo, but not Galleon nor Shipwright tech. Cannon Galleon available but no Elite Cannon Galleon. Bombard Towers AND Bombard Cannons available. The Villagers dealing extra damage refers to Polish peasants being levied en mass by Polish Kings to fill the ranks of their armies, which they did several time during the Thirteen Years War against the Teutonic Order Thirteen Years’ War (1454–1466) - Wikipedia 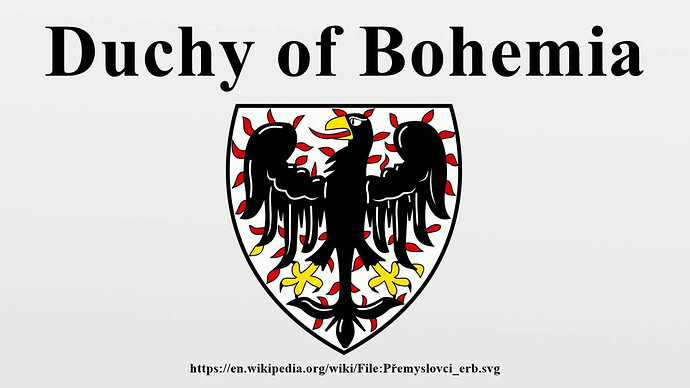 Final Notes: Bohemians in my mind would have generic archers and skirms, but no Heavy Cavalry Archer. They would get Ring Archer Armor to make their Archery Range units and their UU good. But in terms of cavalry, Plate Barding Armor would be denied to them as well as the Hussar upgrade. Paladin upgrade would be available for Bohemians, including Bloodlines, but without Plate Barding, they would be slightly worse than the generic Paladin. Husbandry would be available though.
Since Bohemia was known to be a very defensive duchy, with records of several famous sieges, I opted for them to be a Siege civ, but I did not want to just copy-paste the other siege bonuses that civs like Celts, Slavs, Koreans, and Khmer (to name a few) get. The Hussite Wars were famous in that they were a precursor to the Reformation by 300 years, and caused such a controversy within Catholic Europe that Joan of Arc herself threatened to come over to defeat the “heretic” Hussites, basically telling them in a letter: “if I were not busy fighting my crusade against the English”. Joan of Arc’s Letter to the Hussites (March 23, 1430) (joan-of-arc.org)The Monks with extra conversion range may seem OP at first, but the Light Cavalry and Eagle Warriors can still move fast enough to catch the monks and kill them, and also, Monks are seldom used much so it would be neat to see them used more and jazz up the gameplay.

And lastly, the Bohemian navy would be pathetic, since they were never naval people, being so landlocked. So no Galleon nor Cannon Galleon techs, but they would get Fast Fire ship and Heavy Demo to emphasize the various rivers that would have definitely been defended during medieval times by riverboat patrols. No Shipwright though. 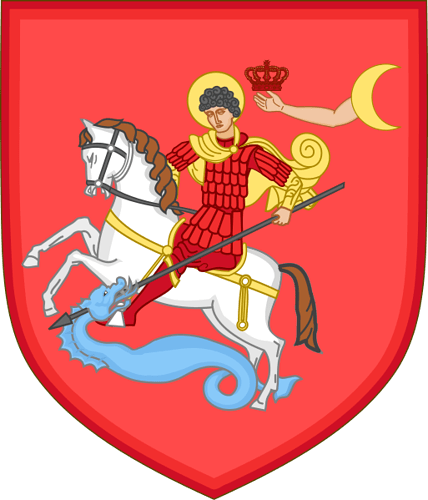 image513×599 118 KB
Civ Architecture: Eastern Mediterranean (SIDE NOTE: personally, I think that Byzantines should have a slightly different architecture to the one they currently have as “Mediterranean” which is shared with Portuguese, Italians, Sicilians, and Spanish by having slightly browner-colored buildings that are not so white-washed, and I think, based on what I have studied and read about medieval Georgia is that they borrowed much from Byzantine architectural techniques and styles, and were Orthodox Christians. So I think that Georgians and Byzantines would be the two civs that should have their own architecture set in AoE2)

Unique Unit: Georgian Lancer (Cost: 70 Food, 80 Gold; Heavy cavalry that bonus damage to enemy cavalry (like a Camel Rider) but has melee armor like a Knight, but -1 pierce armor like a Cataphract, Coustillier, and Letis)

Final Notes: The Georgians faced several invasions into their country situated in the Caucus Mountains, among them the Persians, the Byzantines, the Arabs (Saracens) the Mongols, the Tartars, and many others. So I opted for a defensive civ set up. Additionally, the increased bonus damage is like the reverse of the Sicilian civ bonus that REDUCES bonus damage, and reflects how the Georgians were strong warriors in defending their homeland from so many invaders. They would get Crossbowman, but not Arbalester, but their Barracks would be fully teched up into Champions and Halberdiers. Only Light Cavalry and Cavalier though, but Camel Riders (not Heavy Camel) would be available in their stables, as the Georgians had connections with the Arabic and Iranian peoples down south, and the Turkic peoples in the north of their home. Navy would be mediocre, with Galleon but no Fast Fire Ship and no Cannon Galleon, but Heavy Demo allowed but no Shipwright. I found out that the OLDEST GOLD MINE in the world actually resides in Sakdrisi, Georgia, so I thought that it would be neat if one of their civ bonuses reflected that ancient mine. Sakdrisi - Wikipedia

I don’t have much to say about Bohemians and Georgains, but about Poles:
The coat of arms is modern one, after fall of communism in Poland. 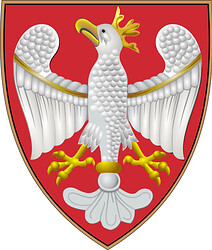 I never understood why many people associate Poland with 2H axemen ( even orginal devs ). I believe it has something to Polish movie battle of Grunwald, but It’s based on novel ( where armed with 2h axes peasents killed Urlik von Jungingen - which is not truth ) and it’s not 100% historically accurate.
But anyway It is still a good concept. Maybe not as new UU, but maybe new barrack unit. I believe Pancerny or Winged Hussar has high priority. 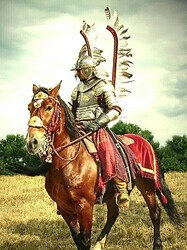 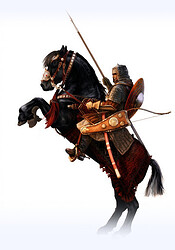 Also when it comes to Campaign and Historical Battles, we could get

Regarding the poles: Civ Bonus cav +1/2 and a UT for another 2 means guaranteed plus 4 attack. Combine that with paladins and it’s completely broken. That means Lithuanian Paladin strength but without a chance for the opponent to deny it. Even on cavalier that’s already a lot. And villager plus 5 against units means you take a Incan ally and shred everything in feudal

The Poles can get a second unique unit “Imperial Hussar” (unique upgrade for the Hussar unit at the stable).

The Hussars in AoE II has nothing to do with Polish Winged Hussar. They only looks smilliar. Polish Winged Hussars are heavy cav. Also I believe Imperial Hussar upgrade would kinda brake the game. Hussars should be weak unit for raiding, late army composition and making them too much strong does not makes sense imo.

Also note that many civs lacks Hussar upgrade or even Light Cav upgrade ( Teutons ). [ to people that suggest Imperial Hussar as team bonus ]

So, i think that Poles need some changes, no for historical reason but for gamplay and balance.
My idea is:
UU: melee cav with 3 pierce armor
UT: from castle age - “relics of the martyr” - spawn one relic near the first castle / tc (background: Prince Bolesław Chrobry bought a body of sant Wojciech (Adalbertus), bishop of Praga who went to pagans and was killed by them. It was important for future position of Poland).
from imperial age: stable units have +1 pierce armor and small bonus against gunpowder units

Well, note that Hussars in AoE II are light cavalry. Winged Hussars were one of the best cavalry on the world. It was historically heavy cav.

wallachians would be way better than georgians in my opinion

The name of this Unit sounds strange. “Woj” - this is an early medieval term for a Polish warrior / knight.

I think the Czechs could even have two Unique Units, for example: 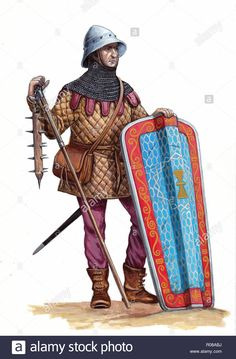 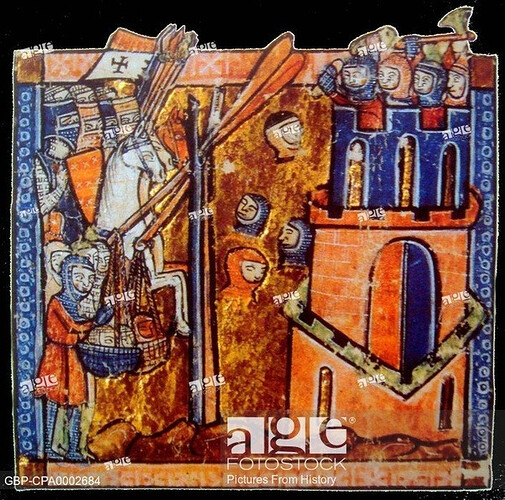 If the Czechs had the War Wagon and the Corpse Catapult, they would be a siege civ. Then they could have a Unique Replacement Building too
Siege Workshop, e.g. Hussite Tabor. It would be a siege training building and would be able to shoot enemies.

I don’t think Georgians should appear in this DLC. They take room for civs that come seriously from Europe.

Georgians are cool, but should be part of the Caucasian DLC - Georgians and Armenians (DLC similar to LotW).

I would prefer Serbo-Croatians (Južnislavs - a combination of the South Slavic term for the South “Južni” + the English “Slavs”. Alternative connection, but maybe it would work? ) or Romanians (Vlachs) instead.

That is a solid suggestion. I think its more likely we get 2 civs but if we get 3 this would be my choice, too. I say my choice as I think they might be adding poles pls some Russian faction ( yes I know Slavs represent them well now, its just my feeling.) Anyway I like the civ designs you suggest, too. Honestly I hope they said more about the upcomming expansion. All these suggestions and predictions we make are driving me crazy as we need to know more.

Only that it would be unfair to other Slavs.

We’d have Muscovites, but we wouldn’t even have an umbrella civ for South Slavs …

I think the inclusion of Poland is a fairly safe bet. I’d expect the second civ to be one of the smaller states on the Baltics.

I doubt that Georgians will be in this DLC, I’d kind of expect the Caucasus to get a coverage on its own DLC pack.

so all cavalry (except the UU) end up at +8 to attack with just a research. people QQ to no end about lithuanians and that bonus isn’t even guaranteed.

this would be a nightmare to deal with.

knockoff goths bonus but for free and available right away. i can see so much wrong with this.

Regarding the poles: Civ Bonus cav +1/2 and a UT for another 2 means guaranteed plus 4 attack. Combine that with paladins and it’s completely broken. That means Lithuanian Paladin strength but without a chance for the opponent to deny it. Even on cavalier that’s already a lot.

not to mention it also applies to the scout line and his unique unit gets two extra attack as well.

one of the smaller states on the Baltics

Unfortunately, but the other Baltic nations did not create statehood. The Latvians were conquered by the Livonian Brothers of the Sword, and the Prūsai by the Teutonic Order.

Of course it would be nice to see them, but unfortunately they did not create statehood.

I think the Lithuanian campaign could tell the story of Herkus Monte - the most famous leader of the Great Prussian Uprising against the Teutonic Knights and Northern Crusaders. 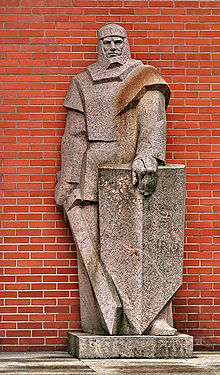 Herkus Monte (also Hercus; Lithuanian: Herkus Mantas; Latin: Henricus Montemin) was the most famous leader of the Great Prussian Uprising against the Teutonic Knights and Northern Crusaders. The uprising began in September 1260, following the Knights' defeat at the Battle of Durbe, and lasted for the next fourteen years. The Chronicon terrae Prussiae stated that Herkus was originally from Natangia, one of the lands of the Old Prussians. The Prussians were the first of the Baltic tribes to be co...

Estonians are not Balts. They are Finno-Ugric - same as the Sami, Finns and Karelias

I know, I was referring to the geographical area when I said Baltics.