It has to do with stats. Light units have lower stats wrt hp or armour than heavy

Exaggeration for the sake of an example, a ram isn’t fast and nimble, a heavily armoured horse and rider shouldn’t have worse stats than hussars (it does btw)

rider shouldn’t have worse stats than hussars (it does btw)

It doesn’t, because of the 1 range. Honestly, I’d just say they are Medium Cavalry. 11

It doesn’t, because of the 1 range. Honestly, I’d just say they are Medium Cavalry. 11

Steppe Lancer beats Cavalier easily in total resources. It also beat Paladin when it is massed but low PA (only 1) ruins all viability of the unit. It share same weakness as Leitis. Leitis is also situational for same reason.

tbf that is only due to its hp. its cost, aesthetics and tech price, imply it is more medium cavalry if anything.

Not sure if you understand heavy and light cavalry, so let me break it down for you.

The Elite Steppe Lancer upgrade cost is similar to Elite/Leitis, Elite Boyar, etc but it is also similar to Hussar, Winged Hussar and Elite SVR. So you cannot judge on basis of that.

Maybe I just don’t see the point of labeling a unit as light or heavy cavalry unless it is a unit type or armor type that effects the way a unit takes bonus damage.

Those are heavy cavalry bonuses. Polish SL can get blast radius with -0.01 range (so that friendly fire isn’t a problem?)

I made my final change.

Both units are terrible. Steppe Lancer has a rare use in early Castle Age, but later and especially in Imperial Age, they are utterly garbage.

Kipchak with 0 Frame Delay in Castle Age was broken and the devs nerfed it rightfully, but the unit wasn’t strong in Imperial. It deals 0 damage and has no HP. The Elite version definitely needs some buffs.

so not only did you retain the 2 PA, making it a great option against archers, when it already has inherent advantages against melee units with the extra range, you gave it an attack rate of 1.9/1.7?

what exactly is the weakness of this unit, besides it’s relatively low attack?

You’ve completely changed the unit from something that is supposed to be anti melee in numbers and have turned it into a unit that doesn’t really have a solid weakness.

against cavalry and infantry it has range advantage, stacking, speed, and of course bonus damage.
against archers it has speed, range, pa, stacking, and an insane attack speed.

literally the only weakness is that it’s still not going to hold up well against spears and camels, but it will do better then most cavalry due to extra range and stacking, as well as bonus damage.

Didn’t know the Asian Steppe reached all the till Central Europe.

Didn’t know the Asian Steppe reached all the till Central Europe.

Yes, all these civilization in history has Steppe Lancer because Eurasian Nomands inmigrate East and Middle Europa.
For Poles and Lithuanians:

The Lipka Tatars (Lipka – corrupt pronunciation of Lithuania, also known as Lithuanian Tatars; later also – Polish Tatars, Polish-Lithuanian Tatars, Lipkowie, Lipcani, Muślimi, Lietuvos totoriai) are a Turkic ethnic group who originally settled in the Grand Duchy of Lithuania at the beginning of the 14th century. The first Tatar settlers tried to preserve their shamanistic religion and sought asylum amongst the non-Christian Lithuanians. Towards the end of the 14th century, another wave of Tat

" Prior to the Hungarian conquest of the Carpathian Basin in 895/6 and while they lived on the steppes of Eastern Europe east of the Carpathian Mountains, written sources called the Magyars “Hungarians”, specifically: “Ungri” by Georgius Monachus in 837, “Ungri” by Annales Bertiniani in 862, and “Ungari” by the Annales ex Annalibus Iuvavensibus in 881."

Hindustanis represent Delhi Sultanate and Baburs. Both dynasties are Turkic Steppe Nomad and conquerored North India thanks to steppe tactics.

“The first clear mention and evidence of the Bulgars was in 480, when they served as the allies of the Byzantine Emperor Zeno (474–491) against the Ostrogoths.[30] Anachronistic references about them can also be found in the 7th-century geography work Ashkharatsuyts by Anania Shirakatsi, where the Kup’i Bulgar , Duč’i Bulkar , Olxontor Błkar and immigrant Č’dar Bulkar tribes are mentioned as being in the North Caucasian-Kuban steppes.[38] An obscure reference to Ziezi ex quo Vulgares , with Ziezi being an offspring of Biblical Shem, is in the Chronography of 354 .” 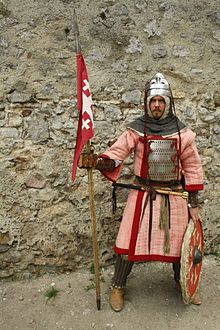 During the period of the Crusades, turcopoles (also "turcoples" or "turcopoli"; from the Greek: τουρκόπουλοι, literally "sons of Turks") were locally recruited mounted archers and light cavalry employed by the Byzantine Empire and the Crusader states. A leader of these auxiliaries was designated as Turcopolier, a title subsequently given to a senior officer in the Knights Templars and the Order of the Hospital of St John of Jerusalem, in charge of the coastal defences of Rhodes and Malta. The cr... 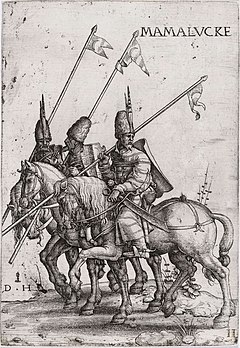 While I completely understand Magyars, Turks, Tatars, Hindustanis, Huns and Bulgarians, I fail to understand Poles. I can also understand the influence effect for Lithuanians and Slavs.

I fail to understand Poles.

Lipka Tatars escaped from Timurid Invasion in 1390s, served as light cavalry with great sucess in Polish Kingdom until its fall. They also played a leading role in some historical turning points. One notable example is that in Battle of Parkany 1683, one noble (I forgot his name) Lipka Tatar saved King Sobieski from Ottoman Sipahi charging the king with his scimitar.

I guess this is more about the personal union between Poland and Lithuania, and later the Polish-Lithuanian Commonwealth, than Poles themselves. So Lithuanians having them is justified.

Yes, all these civilization in history has Steppe Lancer because Eurasian Nomands inmigrate East and Middle Europa.

Except for future new civs, at most, I can accept the Huns as they were lived in Central Asia, and I do not support the others at all.

Knight is all type of heavy lancer replacement for non-nomadic civs in the game. Lance is also main weapon for Light Cavalries (secondary weapon is saber) but Light Cavalry in the game also doesn’t have lance. It is wrong but they did. If I was Devs, I would make Light Cav useful in Castle Age by giving overall buff instead of what they did which is introducing Steppe Lancer unit. That’s why I proposed to make something with Steppe Lancer.

On the other hand, Cav archer should be removed from Western European, Khmer, Burmese and African civs.

Not to mention that several of them are not on the Eurasian Steppe at all.

I explained this before. Turkic, Hungarian and Mongolic nomads conquered Russia ######## and Mongols), Hungary (Hungarians), Syria (Seljuks), Egypt (Mamluks), India (Delhi Sultanate, Bahmani Sultanate and Mughal Empire) and brought their military unit and tactics to local people. Byzantines learned steppe tactics from Persians. They used horse archers as well as hired pechenek and Turcopole mercenaries.In short, there is no need to a civilization be placed in the Eurasian Steppes to own Steppe Lancer unit.

Except for future new civs, at most, I can accept the Huns as they were lived in Central Asia, and I do not support the others at all.

But historically, Lancers doesn’t counter cavalries, truth is all type of cavalry uses lance as first weapon. As for Camels, Camels only scare European horses but they don’t scare other horses. Asian horses are used to scent of Camel, thus Asian horses don’t fear from Camel. In general, camels are not used as war mount. Only desert people used camels when they could not find horses. Eurasian Steppe warriors used their Bactrian camels for transport and used their countless horses (one Mongol warrior had 9 horses) for battle.

Pikeman or Musketeer with meatshield should be only counter to Cavalry in the game.

I explained this before.

These are not the point.
Nomad warriors fought for many factions in many places, including civilizations you didn’t mention.
Civilizations that had fought against nomads more or less learned the tactics of their opponents.
If learning or hiring is to be mentioned, almost most European ans Asian civilizations qualify.
Then I’d rather only let the steppe civs in Central Asian Steppe and east of the Central Asian Steppe have SL, so that at least it is still a special regional unit rather than letting too many civilizations have it, making it common and bringing many balance issues.

In AoE3, Lancers have attack bonuses against infantry. I think this is more reasonable.

In AoE3, Lancers have attack bonuses against infantry. I think this is more reasonable.

What Lancers? Only mounted lancer here is the Spanish Lancer and is anti infantry.