I played a ranked game as HRE on King of the Hill, and from around 2:45 minutes into the game I could no longer inspire villagers (from that time onwards till the end of the game). The inspire button was constantly dark and the little star when you target a villager did no longer show up. Though when the villager took damage (from enemy scout, I told him in chat so he tested) and the prelate healed him, he also got inspired. Pic included. I have played mostly against bots (and a lot of games, as HRE and other civs), and this happened on my second day of starting ranked. Thus I suspect it is related to online playing. I have no idea what triggered it. Changing auto heal did not help.

Pic: from replay, when bugged. I can’t inspire any villagers. 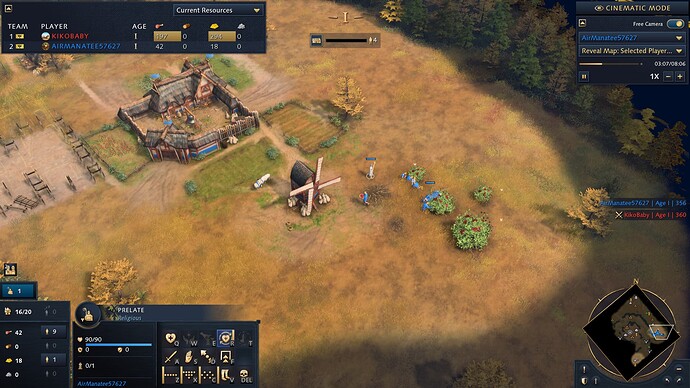 Thank you for reporting @AirManatee57627! If you’re able to view the first part of your game, can you see if any unit “bumps” into the Prelate while he is inspiring?

A post was split to a new topic: Games disappear from Match History