Building and unit icons now match the player’s color - Where to disable?

I looked in options to disable this new feature, I coul not find it. I prefer old icons over new colored. Is there a setting that can roll it back??

No, there isn’t. Why do you want the old icons back? 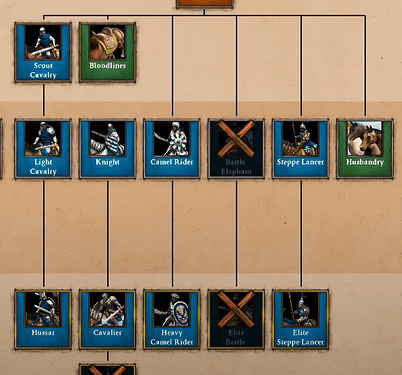 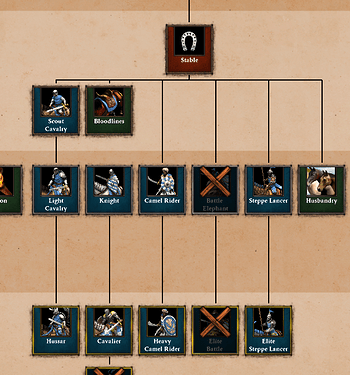 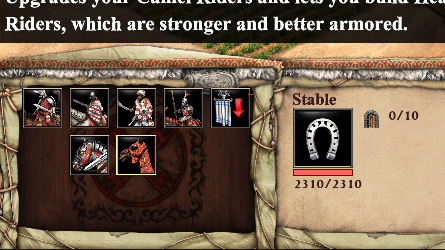 I agree that new technologies ions look not good ) But in the original game units and technologies were displayed in the colour of player like in this last patch. I was waiting for this update- it was silly when you play yellow and your icons are blue. I think that they just need to fix some icons and it would be perfect. The colour of green icons is very bad for my taste- it’so light green, think that they need to turn it back to what green looked like in the Hd edition, at least for the unit icons.

Yeah, the new icons don’t look good, but I think it’s more because of the color pallette. The birght colors just don’t look good and especially against white or gray (M@A, Elite skirmisher, Heavy Camel, etc.) they look really ugly. I think the that neon green is the biggest offender.

I played around a little with paint.net’s recoloring tool and spend a whopping minute in each civilzation’s tech tree (Link to the album) and IMHO every civilization just looks better with darker color palette. The neon and lighter colors just don’t look that good on the icons.

Although it’s not a huge improevment. It also looks like that the recoloring breaks when new color is applied next to gray or white colors.

One of the first things I would want when playing DE is a mod that reverts to classic icons. The DE ones look worse in general.

And I wish they applied the original color palette to DE.

DE spring mod vs HD; worst combinations are; Red vs Purple Green vs Yellow Orange vs Red These are also worse than the HD ones; Yellow vs Orange Blue vs Teal DE Spring Mod [SaturationView] HD [Color sep] DE Default [Color separation DE] HD vs DE default Imo this comparison shows how the playercolors are more clearly seperated and pleasant in HD. Half of the colors in DE are too bright which makes them look alike. Blue is too dark Red is too light Green is too light Yellow is to…

This was the singular best thing about the new patch, wtf mate?

I hope they fix it. The quality has certainly degraded after this new patch.

Honestly, this falls into the placating people whining to me. If I hadn’t been playing for so long, I’d be hella confused looking for units with different colors. They look quite different from before.

The quality has certainly degraded after this new patch.

Blue icons aren’t great, I give you that. But the rest looks decent to me.

This was the singular best thing about the new patch

Honestly, this falls into the placating people whining to me.

Not something new here tbh.

Blue icons aren’t great, I give you that. But the rest looks decent to me

I mean they should fix the odd amount of contrast on some of the units.

It isn’t that odd. But yeah, as long as we have those weird blue icons fixed…

I think now they should add a proper decay system too.

I meant the change was due to whining 11

I meant the change was due to whining

What whining? This was already the case in AOK-HD.

Now they fixed it.

Gl to the tourney today btw. x] I’m not rooting for your victory but, still thought a bit of luck would be nice.

What I don’t like about the new icons is that for some reason some icons, such as the one for Bloodlines or Dry dock, look way darker than they used to. I don’t understand what causes that and I almost confuse them with the new “not available yet” icon.

visualy i just want it as it was before spring changes last patch it could be diabled but now i dont see any options.

Oh, how do you know about that?
I mean, what’s your name on Discord obv.

Gl to the tourney today btw 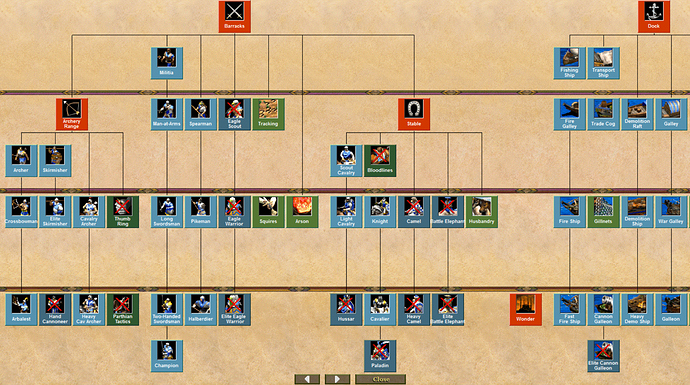 Can someone upload a screenshot of the Britons techtree please?

In particular look at the Archer and Militia line

The classic icons are much more recogniseable and badass. 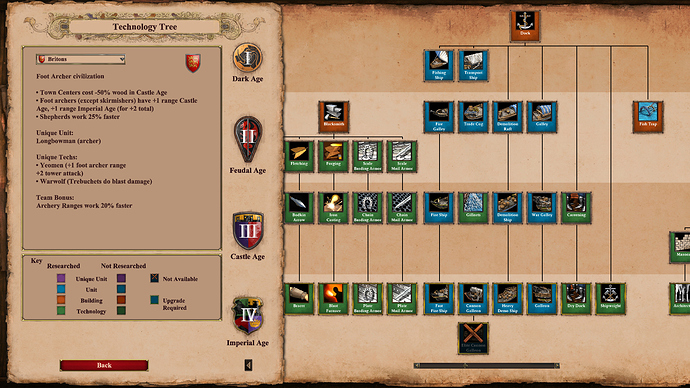 Now I’ve realised what’s been bothering me about the dock. The naval units need their water backgrounds back, they are often so hard to recognize especially when you have 60 different naval units and the icons are so small compared to HD, I have to be sniffing up my monitor to differentiate them from each other. Also since unlike all other units (even siege) most of the ship icons have no coloring on them (aside from galley) and they are very dark, against a black background it’s just that much harder to see them. Add the water background back like it used to be in the original and its fine. (I am not suggesting to change the icons themselves to show player colors)