i have a strange bug since the last update i can’t see mods in game for aoe III DE but can see them in aoe II DE it says no mods available. I already reinstalled the game, and even restarted the xbox live app thingy. I can see mods before the update but not after the update. I am using the game pass version of the game. I can see the mods on the site and even subscribe on the site but not in game. I am using the game pass Version if that helps.

See the mods i subscribed to and see new mods i can use.

Game says no mods available or no mods shown i already subscribed to.

None its the mod page thats the problem. 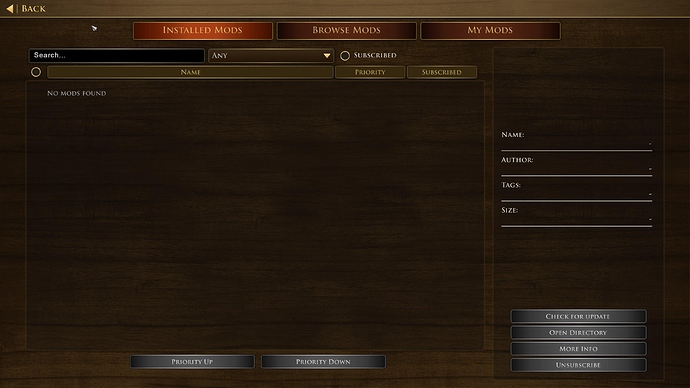 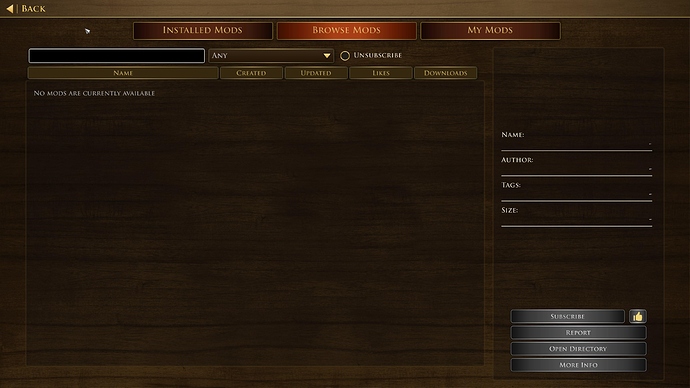 Make sure your accounts are all linked (steam, xbox, forums). I had a conflict with mine as I have a work and personal account for Microsoft.

All things microsoft i use my windows 10 acount even for my xbox. I log in with my email on all things xbox and microsoft. But can i unlink every thing and relink it too see if that fixes it??

I have no idea tbh. I was just seeing if you’d had a similar conflict to me. But I’m not on the Store, it might be different idk.

I even replaced the xbox console companion app with the xbox app thats new and it still won’t show the mods. Is there an advantance on using the steam version over the store version??

No clue. It’s just what I use.

For me it was a conflict of my work and personal accounts. I just needed to log out of all accounts and sign into my personal which is linked to the game.

I can try that how do you do that?? Maybe it will fix it.
Doesn’t hurt to try it.

Just posted a bug report for this as well. Somehow, I missed this topic. Same issue on my side.
Logged in with my Microsoft Account. I do not have Steam installed, hence it´s definitely not a conflict.

Its afecting store versions the steam version still works says some poeple.
Did it happend to you after the last update??

Found a work around till it is fixed if you already subscribed to a mod move it from sunscribed to local and you can use it till they fix it.

Yep. Only after installing the latest update.

Nevermind it dinn’t work. Is there a way till they fix the mods problem to increase built and population limit?? I wanna build more outpost than 7 wich is silly.

I seems like it only effects store players no steam users. Even when sellecting a catagorie it won’t show mods. It didn’t happen before the update.
Something in the update made the mods not showing up any more if i am correct but its only the store version not the steam version i am being told.

When I go to “Tools” -> “Mods” to download mods, I get “No Mods Are Currently Available”

Normally, a list of downloadable mods would show up.
Since the last update I get “No Mods Are Currently Available”

Hi @RvE88, Do you have any filters selected which would limit how many mods display in game?

Something in the update made the mods not showing up any more if i am correct but its only the store version not the steam version i am being told.