Can we get a developer update please?

I’ve been checking work e-mail all week, just like everyone else has

If we have to wait a month or more for a patch to the OP Rus cheeses, the Mongol OP production, or the Chinese late game ruining the ladder - let us know so we can move on to other activities and support other games

At this point, if we got an update, it’d be picked to pieces within seconds as insufficient, but it sure would be nice to see one explode onto my screen one morning…this month.

There are also rectifications for DELLI and abbasid

Very interesting - I am not all surprised to see English at 41%, since BeastyQT rated them one of the worst civs in the game

I think it’s mainly due to the abuse of Mongols and Rus, which are able to cheat superior production and English has no macro advantages to keep up with that

(Mongol can literally out produce English with archers AND fast castle at the same time, while English spends every dime on military)

Its the holiday season man. They will probably respond next week.

it’s holiday since the previous patch…

Are canadians actually having month long holidays two times a year?
Last time I checked they were off for a month during summer…
This dev I swear 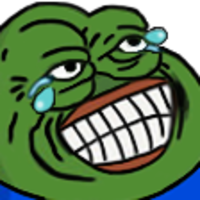 uh, yeah. that’s how most of the civilized world does it.

Most countries have an extended December and/or Summer vacation. Heck, Sweden takes the whole month of July off of work. (to my great ire when it comes to playing paradoxplaza games)

Its holiday since the release.

Either they still have vacations or they are just back from it and it takes time before they get things started again, for example over here where I live this week is the first week of work after the holidays, and even though people started working still more than 70% are still on vacation or working in smaller dozes from home before things get to 100% work like before the holidays.

There is something called having patience, I recommend it.

One is working, just look to the forum

There is something called having patience, I recommend it.

Holidays full of FireLancers. And mongols in 1vs1. Patently drop the game.

There is something called releasing full game, I recommend it.

People in general are looking for a sign of hope is all. Hope that our cries for patch have been heard.

The idea of a Spring patch? Is super super far away. ALSO to be frank the last bug patch that was supposed to fixed over 100+ bugs DIDN’T fix everything listed AND introduced more bugs…

I personally keep coming back to the series bc I’ve played it since 1999 and nostalgia. But 2 Mongol tower rushes and a few Rus mass horse archer and… I’m pretty much done for the week in terms of playing. And I see the same frustration from big name streamers that aren’t part of the LAME crowd…

We all agree that there are issues with this game just like any other game in existence but to come here and whine about them taking holiday break just like the rest of the world does is pure ridiculous to say the least.

No one is forcing you to play a game you don’t like at the current stage, you are welcome to come back to this game, when you feel they have fixed the issues with the game which they will it’s just a question of when it’ll be done.

I’m sure that they’ll update us with more information in the coming weeks.

No one is forcing you to

No one is forcing you to come here and read the thread Somehow you know better how and when people should express thier opinion. Mind your business before giving advice that people can and what people can not post. For others @mods are available.

But one thing I know for sure (since closed beta), even if feedback provided only after ridiculously large amount of same feedback they will do something. (Zoom example)

I hope they’ll change the approach for releases, it is easy for software company release every day.
CI/CD and other crap helps a lot
It’s their decision to “pause” balance changes, but we paid for product.

and one more thing.
planing probably happens every quartal and every 2 weeks. So “after holidays” == outdated feedback.

It was convenient for 4 years of development to release game with big updates, there no one cares about balance. But now they should switch the focus into balance updates and think how to provide it.

So yes, do not answer in that thread, if u dont want too read

I’ve the right to read any topic I want or reply to any topic that I want the same as you have the right to create or reply on a topic yourself. That doesn’t mean we can’t show respect to each other even when we disagree on something.

Mind my own business? Then what are you doing here on a public forum if someone cannot reply back to your own post?

And how do you know how easy or difficult it’s for them to release new patches? We don’t have any information on how they work, how many resources they have, their priorities etc. All we know from official information is that once a patch is done it can stay idle for up to 2 months before Microsoft gives the green light to be released to the game. By that time they have clearly stated that they already started working on the new patch that will follow the patch that is ready waiting to be released.

They also stated that the patch we see addresses the issues that was reported months ago which is why we see fixes to “old” feedback, but that’s just the process they have decided to work with together with Microsoft.

There is no official information that they have paused the work other than the Christmas holidays which is to be expected as the majority of the world does the same, so again stop assuming things without proper information given to us by either Microsoft or Relic.

You paid for a product and you’ve received everything that was marketed prior to the release of the game, any update that follows afterwards is a post-launch plan and they don’t have to release those on a specific schedule, only when it’s ready.

I’ll say it again, I get it you have the right to be unhappy and I too see the same issues that the game has, the difference between me and you is that I have faith in the information that has been given to us by the developers both in the live streams & the road-map as well as the three patches given to this game in this short amount of time after release that they can make this a great game.

I’m also aware that this will take time, and as much as I want to magically fix all of the known bugs, issues & balance issues with just a swish it won’t happen. You can report the issues while also show this understanding of how the process of doing things work even if you disagree with this, that’s reasonable and I understand it.

There’s no hurry. Perhaps wait until the 25 year AOE anniversary in October. I think the game is in a great state and we need time to let new metas develop/settle before we understand where civs stand. People though English were OP, then French, then Mongols, then China, then Rus. The meta is always changing. Please don’t be rash Relic.