Cav Box is Back but with Explorer and Dopplesoldner

Here is the problem I’m experiencing…
So I joined this toxic, but unranked FFA game and this Itzhak Shekelbaum cheater used the ol’cavbox trick on my base… I mean its such a simple fix, get rid of the defensive formation button altogether. Literally no one uses that button ever except for when they use this exploit.

What actually happened (what went wrong) because of the issue you’re reporting?
Psuedo-Tommynator 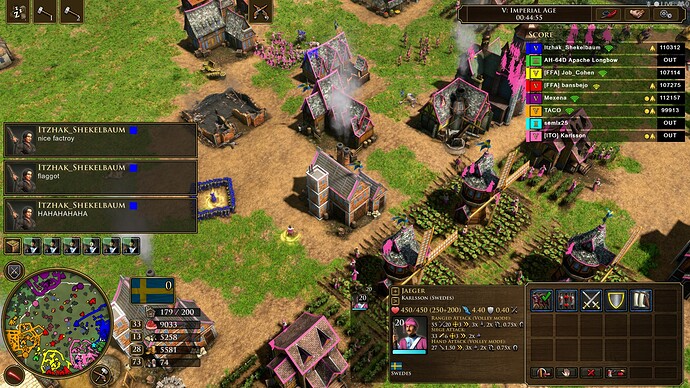 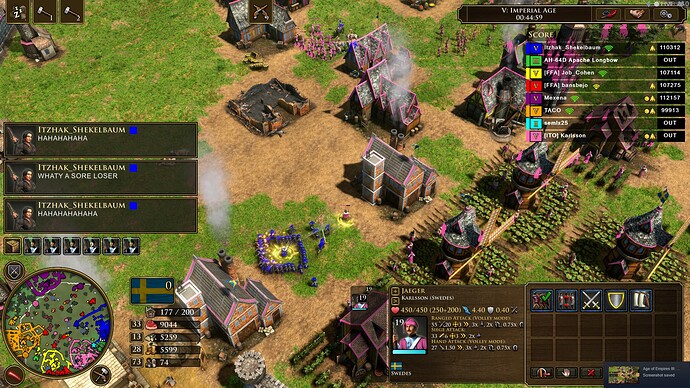 Just shoot explorer. Is it really OP? I can imagine how slow that would be and u can see it a mile away before they reach anything important

Hi @SocalKLC, thank you for the detailed report! I have confirmed the exploit thanks to your Repro Steps & we are tracking this issue internally now.

I am sorry you experienced this exploit first hand as well as the disappointing chat behaviour from a fellow Age of Empires player. Players can be reported in-game from the friends menu under the Last Played tab.

@Breadalus I don’t think this deserves reporting anyone because this “formation abuse” has existed for 15 years and is a very well known strategy, and is generally not considered a cheat. I was even surprised when the cavalry box was fixed.

@Breadalus I would recommend to consider simply changing the units’ formation type to Box instead of SingleBox (in file battle.xml), therefore allowing them to stack in a more realistic way as pictured: 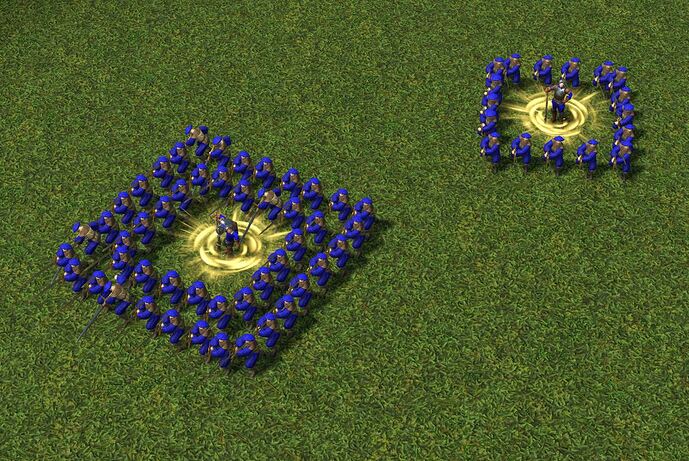 (credits to @mandosrex1 for finding this out)

Well if I look the pircture then there isn’t anything unlogical, thats how square formation should look like in real life.