Africa has the second largest indian population in the world,
When Africa was being colonized by the various european countries, Indian’s were the prime import,

There is no Africa - without an incredibly strong Indian influence

So Africa won’t have African Villagers in its homecity? I see none in the screenshot. No African Homecity Units (i.e. performer, vendor, thug, fisher, entertainer, painter, policeman etc)

BTW going by your logic why there are no European Villagers roaming around in the similar fashion? Africa also had the second largest European population in the world during the same period.

I’m in Africa - I am an African

No we don’t have the second largest European force, you took us from here to there remember, not the other way around…
All of Africa’s heroes were Indian, save for Shaka, who killed his family and made himself a hero.
Sorry to say it, hey that’s history though… If you like the history you read - you’re just not studying history.

you took us from here to there remember, not the other way around…

I am not a European, I am an Indian.

No we don’t have the second largest European force

Europeans did have a large presence in Africa. After all they are the closest neighbors and somebody did stay to facilitate the colonial trade.

It doesn’t really matter though. All I want to say is, it’s odd not to have African Villagers in their own Homecity. They are rather using Indian Villagers as a placeholder. To me it feels incomplete.

Ok wow - africa is the closest to Europe — Soooo, china and the Mediterranean are… just not on the map I guess.
Although -
Strictly speaking, and I mean really strictly speaking - there was actually no such thing as an African Villager, or policeman, or any of that.

There was absolutely no desire for any form of advancement at all, quite happily living with nature - not even a boat to speak of by the time van reebeck landed.
If you want to make it 100% accurate, Africa was actually stuck in the Nomad era till 380 years ago.

Not everyone in Africa was tribal hunter gatherers. Not the settled Empires in question here (i.e. Hausa and Ethiopians).

Every home-city in the game has its local civilian people roaming around, but am not seeing them in these pictures.

They are art images, probably there will be NPC like that ingame.

Lol I didn’t think I need to say this, but I think its rather clear that these Indian villagers that you spotted are placeholders. Don’t worry.

If you think about the priority list for making new Civs, buildings, units and the homecity optics are all top priority. Since they are still in the process of developing, the Homecity is a good thing to share with the community since not all assets have to be finished.

Hence you can spot some military units already (parts of which we already saw in the April screenshots), but the home city civilians are truly the last thing that will probably be worked on by the devs

Also, there are already African villagers in the present version of the game

We are so excited to be able to share these two screenshots with you all <3 Please, look forward to more details about the DLC in the near future! (Yes, I know, Soon™ with no real date that I can announce currently… but we promise, it IS coming!)

I said SOON didn’t I? 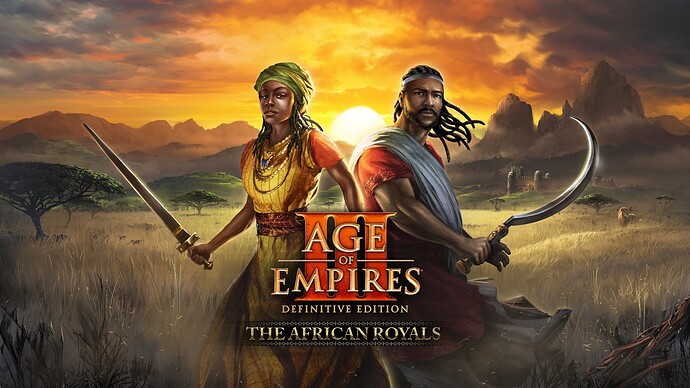 Experience Africa like you’ve never seen it before with The African Royals DLC including a new continent, two new civilizations, and more. Pre-order now!

Bought it the first second i could.

I’ve done the same and I’d do it too for an AOE2 expansion wink, wink

Super excited!
Is there going to be any announcement about what to expect next in the near future as well?

There’s Dawn of the Dukes coming soon, that I can tell you. I hope soon enough

You mean a patch? there’s definitely one coming out before August 2.

Now we know why it has taken so long with the DLC right around the corner.

We have plenty of civ suggestions for the next one

Now that all that were announced in April are now coming to life, I want something to expect for the next year.
Considering all of these are done in less than a year, I’m actually very impressed.

Love we’re getting this one.

I would like to ask, for continued conversation about the DLC, please contribute over here! <3 Thanks! 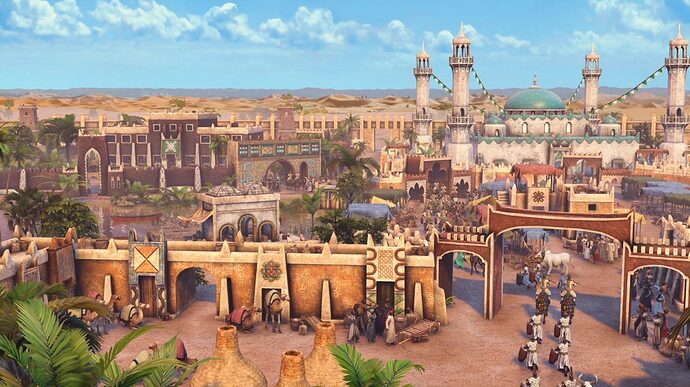 They have now added the african homecity villagers in place of the placeholders. And they look awesome! 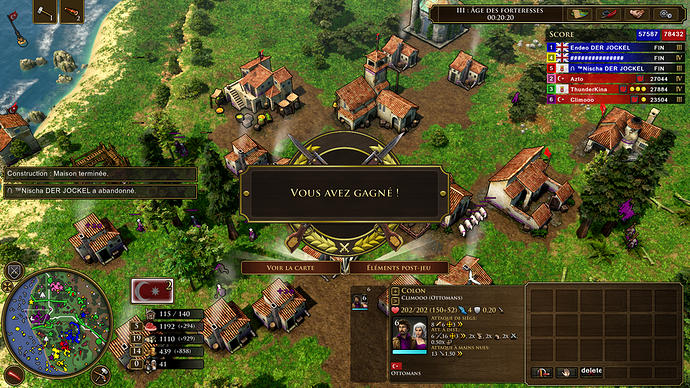 the challenge is already completed