Changing the castle module of Chinese

In the game, the module of Chinese castle is original from Japanese style’s castle. I hope new castle will be appear in the latest version.

+1 to this! It was cool to see Burgundians and Sicilians get their own castle designs, it would be nice if the same could be applied to other civs! The Chinese one is a very good example indeed

I’m not into architecture enough to notice much but what other civs need a different looking castle. It would make sense to put the together in the top post so they can get updated with the upcoming expansion. It also would make it easier for them to know the changes.

I would love this, Please give the Chinese and Koreans their own Castle Architecture, the Japanese castle really doesn’t do them justice.

They can add it to the next DLC wich would give more poeple cause to buy the DLC’s.

I would also love to have the buildings nad hoouses of the Mongols and Huns change to Yurts with a nomadic architecture . I have don all this already in my mod but it would be good to have it as starndard.

The huns using the central european architecture makes perfect sense though, most of the people in Attila’s hunnic confederation were goths, followed by other european peoples, only the leaders were huns. Hell, gothic was the lingua franca of the confederation.

But the origin of Attilas horde ? And what about the White huns+Huns that invaded the northern reaches of India/Southern Asia. Yes the gothic people in the European sector of Atillas empire could have had CE houses but that is but a small part of all the collective Hunnic people. The Huns originated in Asia, why should they have archutecture simmilar to that of the HRE?

Making a pure cosmetic DLC with unique architecture and unit sprites would be the best decision they could make in my opinion. They could even sell each one individually for every civ for about 2$ / € and people would buy it.

Not only Chinese, many civs need an architector redesign, Mongols, Chinese, Huns and many others and all of these civs need a new design.

Not only Chinese, many civs need an architector redesign, Mongols, Chinese, Huns and many others and all of these civs need a new design

I remember there being a Mongol architecture set in a mod for AoE II: HD I wonder if it was converted to DE.

The developers could use it to make a proper set.

The WuBi (坞壁) or WuBao (坞堡) seems to be the suitable style of Chinese castles. 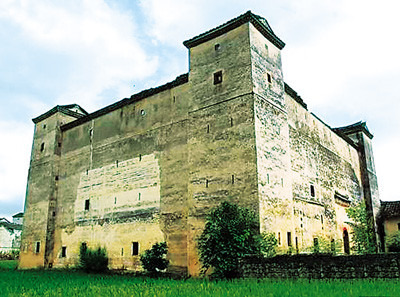 This is easily modable. Do it yourself and if it catches on maybe the devs will merge it into the official game.

what if I dislike mods and want the devs to add this as part of the real game?

Then I’d say it’s unlikely they’d take action on it.

The greatest expansion to the game started out as a mod (Forgotten Empires). That’s what prompted the HD expansions and the resurgence of the game.

Would people be interested in paying for skin dlc? Honestly I would love to since this game has given me so much for so little and would love to support the developers.

I’d buy all those DLC packs if they really include accurate castles, and unit skins for all the regions 11

Imo regional unit skins are better than skins for each and every civ. That’d be too confusing.
Every civ needs unique castles tho.