After repeated testing,From the beta and trailer, we can know that in aoe4, Chinese and Mongolian,French spearmen have made their own civilization style weapons, such as Chinese halberd and Mongolian spear, which should have appeared in the era of silver helmets and gold helmets.

However, due to the bug of some model call error, these two weapons will only appear when spearen approaches the enemy or sets up a spear, but will become a common European guisarmes during normal and attack. This bug exists in the spearmen in the era of silver helmets and gold helmets respectively.

In the game, the spearmen’s weapons constantly change appearance, which is undoubtedly a very strange picture. Moreover, the use of European guisarmes by Chinese and Mongolian,French spearmen is also very inconsistent with history. Since the production team has made the special weapon appearance of Chinese and Mongolian,French spearmen, it is also a waste for model workers if it is not used.

In a word, I have reflected this bug from test to sale. Please repair the appearance of Spearman’s weapon call error bug as soon as possible. Thank you for your work!

Allow me to add one more point. When repairing this bug, please do not repair the Chinese Mongolian French spearmen into common weapons. Please keep their respective civilization style weapons.

After all, this will not hinder the judgment of unit type, but also enhance the historical immersion of the game. Thank you! 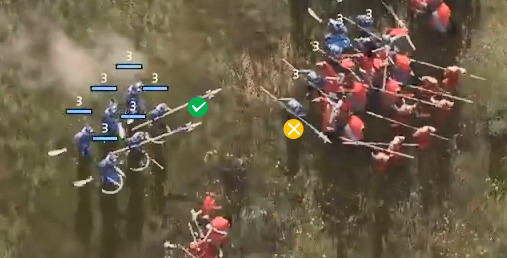 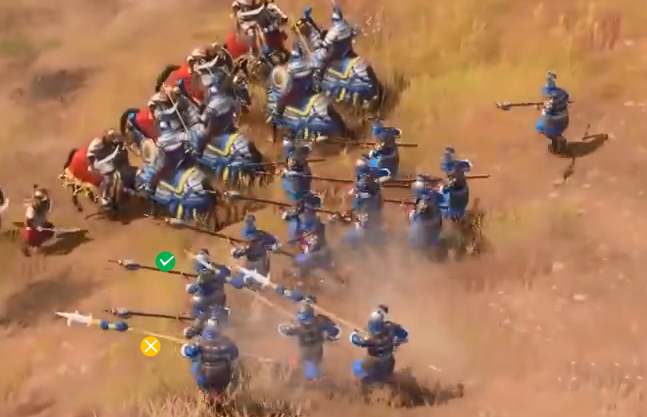 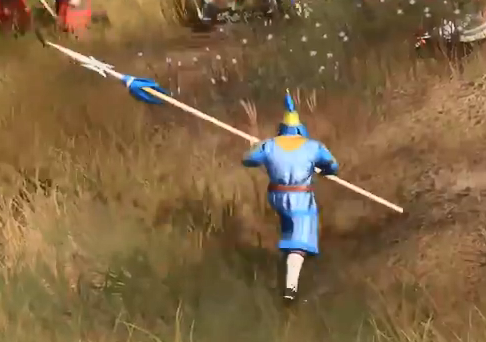 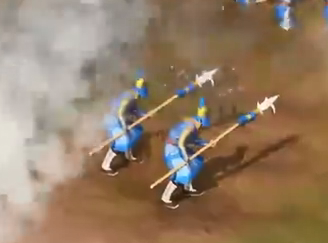 This 100% this, happens with french aswell. It does have impact on the visual look and the civilization specific weapons.

Also the issue happens during the spearmen charge begins and ends when they do an normal attack.

Hopefully it is fixed soon!

Hopefully it is fixed soon!

Do other units have the same bug?

I have fed back this bug from publicity and testing to now. I sincerely hope that the development team can pay attention to it.

After repeated tests, it is confirmed that only Chinese, Mongolian and French spearmen have this bug.

It is also possible that other spearmens do not have a separate weapon model.

Some do and some don’t,

Chinese, mongolian and french, I know have a different weapon model. Which bugs out, but equipment bugs have bewn a thing, like shields spinning etc.

The others I think not ?

Though everyone should have a faction specific weapon in the last 2 upgrades imo. Like the other weapons and shields.

“Thankyou for your work”

You mean when you. reported a bug in beta and they did nothing about it.

In addition to Chinese and Mongolian knights, knights in other countries uniformly use European lance, and the crossbow hand is also a European crossbow, but it is uncertain whether there is the original setting or a model bug.

I know they are busy, but I still hope they can see and respond and repair.

Ideally, the Delhi sultans and the Abbasids used long handled weapons of Central Asian style. At the same time, the common crossbow distinguished the eastern and Western styles like a common bow. Of course, at this stage, it is more important to repair the spearmen of China, Mongolia and France first.

Exactly! And other units have different ones, so the spearman unit should too imo!!

The HRE could have some swiss styled halberd etc.

Dont the mongolian lancers use a mongolian weapon in the earlier ages?

Hey there, thanks for reporting this and sharing screenshots. We’ll get this passed along to our team to review.

I remember that Mongolian Knights also used Mongolian style lance in the early days. There is no problem with this.

However, I suggest that this topic should not be overly divergent thinking. After all, it is a clear bug of feedback Spearman. Maybe others can be discussed separately.

Thank you very much for paying attention to this feedback and looking forward to the next update!

True! Also I realised you had got pics on the mongolian spearmen.

Hope it gets patched soon!