This isn’t necessarily a bug I do not think. Clan creation seems to be really clunky. If an error dialog box comes up, the reasons for the error aren’t very clear to the user. Also, it’s hard to get the “create clan” button to come up by itself (have to click out of text box deliberately).

I was confused by the clan creation screen. The video does not do my confusion justice - I was simply replicating the issue after I figured it out. I did not know which word was bad (or why I could put the same text in the description but not the name). I also could not put in any special characters to any of the fields without getting an error.

There is no crash log associated with this problem. 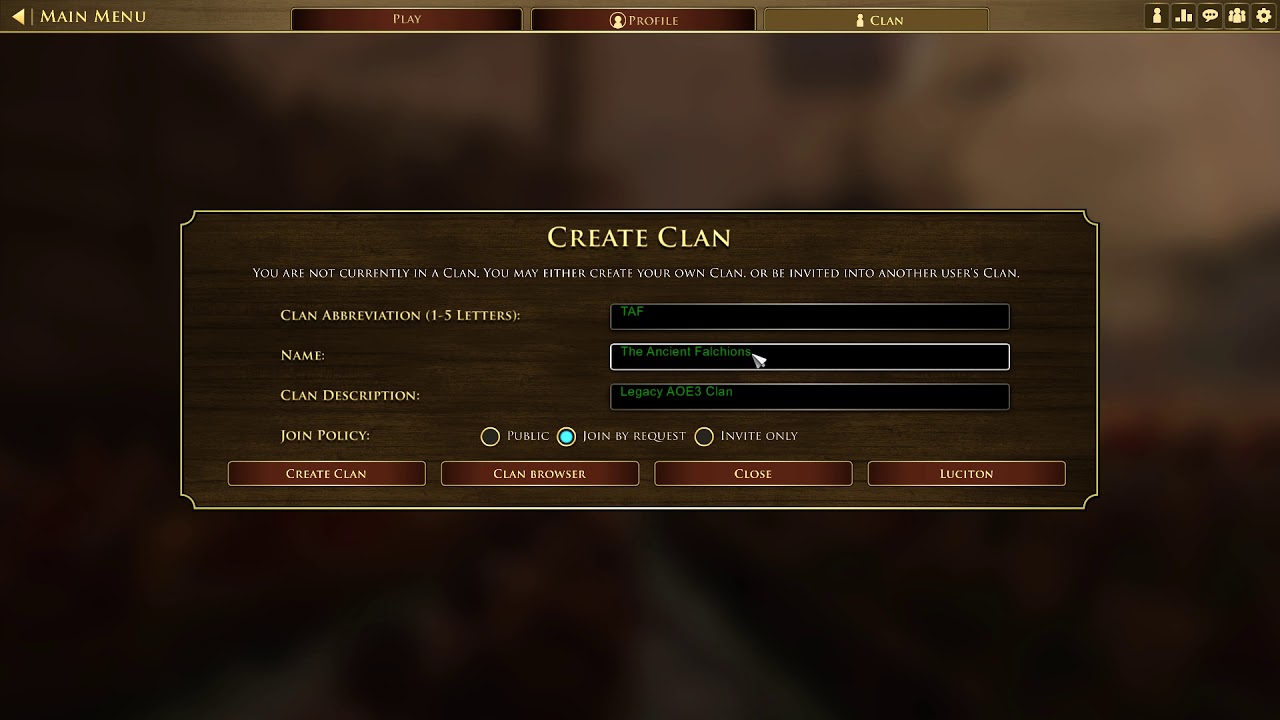