i really dont know wtf was that xD
we didnt doing that on our buildings
some people will say its arrow ports !! yes it is but the muslims didnt do it like cross
its really bad thing when you see every civilization have a crosses …

this is example of arrowports in muslims india castle

Same with the Chinese wall too. I wonder who is keeping an eye on the building designs because it is truly offensive to the people who exalted different religions and beliefs.

yes. i pointed out the same on another post. they did the same with the chinese. those are Christian crosses due to their shape - horizontal line is higher which resembles the crucifixion crosses. Even if they work as arrow port they should change them to more cultural appropriate symbols

Some suggestions Age of Empires IV

Both the chinese and the indian walls have some Christian crosses which make them look really odd. They should change those symbols to something more appropriate for their culture. I say christian because their sides are not isometric, the horizontal line is a little higher. Thats how christian crosses are to resemble the crosses of crucifixion [Screenshot_19] [Screenshot_20] Exactly like AoE3. It should match the aesthetics of the game more. They are oversized but also fire at a really …

I had to watch the fan preview again to realize it… what happen here? 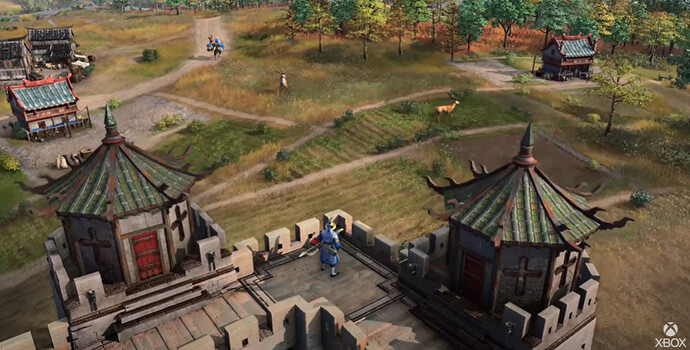 I agree so much. It needs to be changed ASAP.

Those are Arrowslits, which used top mostly be cross-shaped, since it allowed the Archer to fire up, down and to both sides.

They are not Christian crosses, they are advanced Arrowslits from the late period. It just turned out that the cross shape is very effective for a wide variety of things, such swords and kites.

Yes, but in the Muslims old Walls/Castles they didnt do crosses. The game emphasizes on being as close to accurate history as possible, so it is kind of off since its a very obvious mistake.

Maybe the devs are finally stating that Christ is the Truth and the Light, at which point I would actually buy this game, as it would be super BASED.

Can you attach images of portarrows with that shape in Chinese or Muslim defensive buildings of the time? I’m interested

That’s what I noticed too. they should remove those crosses on Delhi Sultanate walls (also on chinese walls)

Have you actually seen them in muslim castles?

I see either a square or a standard arrow slit…

When did Tom Wright of WS Atkins PLC, join the Team? 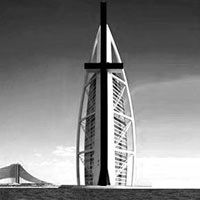 This is probably an outdated news and it is all over the internet, anyway, Burj al Arab was designed by Tom Wright of WS Atkins PLC, during the designing

This is something I noticed too. I hope the devs respond to this and make changes. As a Muslim I always loved Age of Empires and they did everything in their power to respect history the best they could.

No one is perfect though so there are many many things devs will miss like this perhaps.

I have hope in the dev team.

They really listen to the community and respond to player feedback so much it seems.

The game is called Age of Empires not age of religion. The cross was around long before Jesus

bro look i dont know about the age of empires team in the past , but now , are they lesten to the players or they will do like cd project red and make game like cyper punk 2077 Xd

I love the Cross on the English shields. I hope they keep it. As a follower of Jesus, It helps remind me all the pain and suffering I go through is just a drop in the bucket compared to what He went through to save me from myself. Crosses for England is ok, even if they were fake hypocritical “burn them at the stake” type religious people. It’s why the pilgrams left and made a nation with FREEDOM to worship how you see fit. I trust the Bible not some preacher. Love others as you love yourself. Simple easy truth.
As a believer, I could say “how could they put mosques in the game, that is against my religion” but I dont. Have at it. Get the mosques for Muslims and some crosses on English shields for me and followers of The Way/Jesus. Include everyone! They look like arrow slits to me, but maybe they can make them vertical.