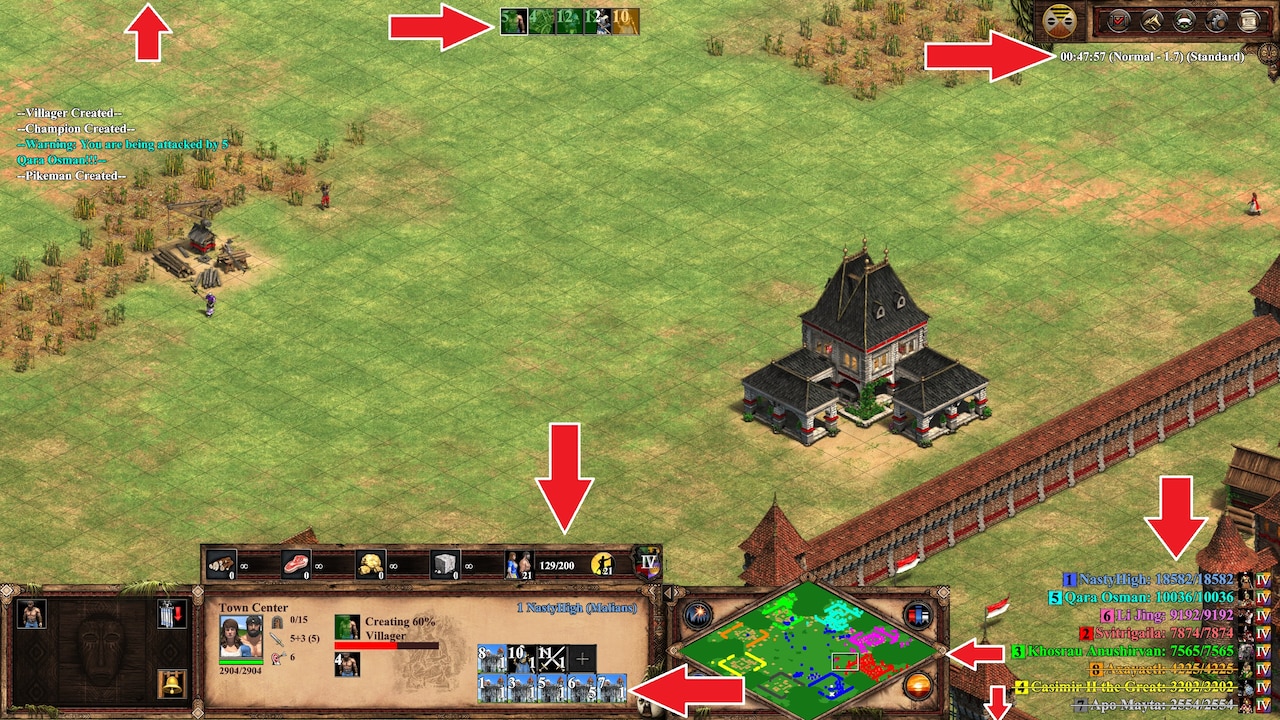 Mod details on link above. I always wanted to be able to move things around on the screen and finally Nili inspired me to do it (see vid below). I tweaked his idea to make it a bit cleaner but it's essentially the same kind of thing with the resources and minimap but with a few extras like chopping off the extra bit of the resource bar where it usually says "Imperial Age" and leaving just the icon so that the red text commands like "Not enough food." are visible, moving the control groups left to make space for the mini map, moving the timer, moving the global queue to the top centre and removing the top and bottom bars for slightly better view of the battlefield. The problem I've always had when I'm booming is forgetting to spend resources, so I moved the resource bar so I can see it more clearly to remind me not to hoard. I appreciate this takes a bit of getting used to and not everyone's cup of tea, but I really like it and thought some of you would too. Works really well for widescreen displays. Obviously could change some parameters to taste.

Looks awesome, will test this!

Thanks for the great mod. Is it possible to increase the size of the minimap also?

Cool stuff, though the area where the control-groups are in this mod seems sub-optimal because that same area is also used by garrisoned units which can be individually un-garrisoned by clicking their icons (impossible if they’re hidden under the control-group icons)

I made a similar mod a while ago with a slightly bigger mini-map, full age progression bar, food/wood exchanged and extra unit info in the command-panel and control-groups to the right of the mini-map. Also moved the scoreboard up (to leave room for chat overlays in the lower right for streaming). It is called “Compact UI”.