Last month we let you know about our plans to swap Deathmatch out from Ranked Matchmaking Queue in exchange for Empire Wars. What we weren’t ready to talk about yet, because we were still figuring out details, was the second piece of this change – how we intend to keep our competitive Deathmatch community in a good place. There were a lot of fantastic suggestions from you all on how to keep Deathmatch going which we greatly appreciated and now I think we have landed on a better solution. Thank you!

When will be the next patch?
I’m dying for new info…

We are still working on that and will have more info soon!

Thanks, great to hear. Excited for some news, especially in regards to the new civs.

Honestly I am so proud to be part of a community where the devs listen to the players. This is a great step in the right direction.

Don’t listen to me, take your time
You are doing a great job with this game

Will you add custom ranked RM aswell someday ? Competitive players are waiting for that. It was possible in voobly to play any map you wanted in a custom lobby and gain elo aswell. It should resolve the alt F4 problem, plus, custom maps are way more fair and balanced than the basic maps in the map pool. Less to no bad map generation, no bugs (I still have regularly arabias with only 1 deer instead of 3-4 for exemple, or gold mines and stone mines packed in one spot, which is not normal and can make you lose).

It will be today 30th, based on the accidental WIP announcement 11

we are putting YOU, our Community, in the driver’s seat for what happens with competitive play in the game.

I make alot of Mod/Scenarios
You could really help us out in that regard.

When you guys talk about brining Empire Wars to Ranked, I just have to laugh. It is not being hosted anywhere near enough to warrant this…
Just checked, Zero Empire Wars
You would do better making CBA ranked

Empire wars isn’t established as only way to play it competetely was Redbull wololoo series or training it with other expert players. CBA meanwhile has decade history as ranked game mode

Sorry but this information is not correct.

So there is no “June” update?

Why does this article say it was posted June 28th, Custom Ranked DM – Age of Empires ?

I do not recall seeing this article before today, yet it was posted two days ago?

We’re still working on the next update! We’ll have more details soon.

That’s totally my fault - that date was when we originally started working on it and I forgot to update it to present for today’s launch.

, I understand! I just want to make sure I am not missing news

I do wish we had the option to see more than three article headlines at a time though.

So (maybe) we can have ranked CBA or ranked BE in the future.
I personally have 0 DM game but custom ranked DM shows you are listening to community.
Nice job.

“so in essence – we are putting YOU, our Community, in the driver’s seat for what happens with competitive play in the game.”

Why wasn’t this done years ago? It’s been about one year and 8 months since release, and only now FE are putting the player’s interests first? Ranked lobbies worked for 20 years, why has it taken this long for FE to backtrack on the matchmaking by starting to reintroduce ranked lobbies again so people can play what they WANT and have an elo for it? HD had the feature where people had to play at least semi standard settings at a minimum to allow a game to stay ranked - why couldn’t DE have something similar where ticking a ranked box fixed settings to be standard to ranked?

Matchmaking was a system that some people wanted to quickly match people together. This could always have been to match people into lobbies for a map of their choosing which are selected as ranked. Not one person ever asked for matchmaking as it is today, and not one person ever asked for the damage that’s been done by cutting off large numbers of the community. Pros used to play Arabia TG a lot, now they spend a lot more time organising unranked lobbies much less frequently because of the extra hassle involved. Black Forest TG was the most popular way to play and was completely eliminated outside of a few lobby games by DE.

I’m not mad that the initial decisions were made, I am annoyed that it took 1 year 8 months after release to backtrack on bad decisions. It just shows they’re not done for the players, it’s being done as some kind of a resort to try to retain leaving playerbase and to resolve issues in matchmaking such as Alt F4ing. It seems so bizarre that the concept for nearly two years was to NOT give players what they want to play as well as initially cutting off a large portion of the playerbase when the idea was to “unite” them. I really would like a better explanation for this length of time other than “we were trying something out”. I feel like most changes being made to the game are a response to backlash to decisions that nobody in their right mind would have made in the first place. I mean soon we’ll eventually be back to the way elo used to work (net 0 exchange per game, split amongst teams in TG based on their elo within the team so a higher elo player would get 1 and the lower would get 31 if there was a dramatic difference). That “change” was a refusal to go to a known way that worked for decades a year and a half in, and created some serious exploiting. What was FE’s solution (or I suppose worl’ds end handles this)? Ban the top player on the leaderboard for 48 hours. That’s it. Nothing about the next 10 mostly chinese players such as Vivi, Lyx etc exploiting it hard.

It’s really necessary to be told why these decisions are made and why it took so long, and “by listening to community feedback” after this long into it is NOT an acceptable answer

Help me, help you 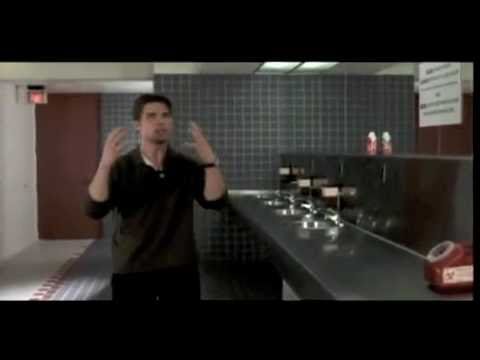