*Game interaction downgraded (UI at a glance is hard to understand, buildings are hard to differentiate, no individual unit selection from groups, hard to click on sheep trees and villagers, high latency/delay when making commpands)

*Pathing is no better (units slide all over the place especially when bumping into one another, getting stuck around buildings)

*Fake civ asymmetry (all civs get eco buffs but just painted differently, all civs get 95% of the units in the game)

*Developer Rigidity (max zoom level increased by a single level basically nothing and adds fog, hotkeys UI and graphics have zero change since stress test despite heaps of feedback)

I say all this after seeing the Khan’s video on AOE4 mod in AOE2 and realised at this point it’s hard to not feel like you’re just paying $60 for a worse game. Note this is me playing devil’s advocate, the game still has many pros, just not listed here. Would like to hear your thoughts on each of these points 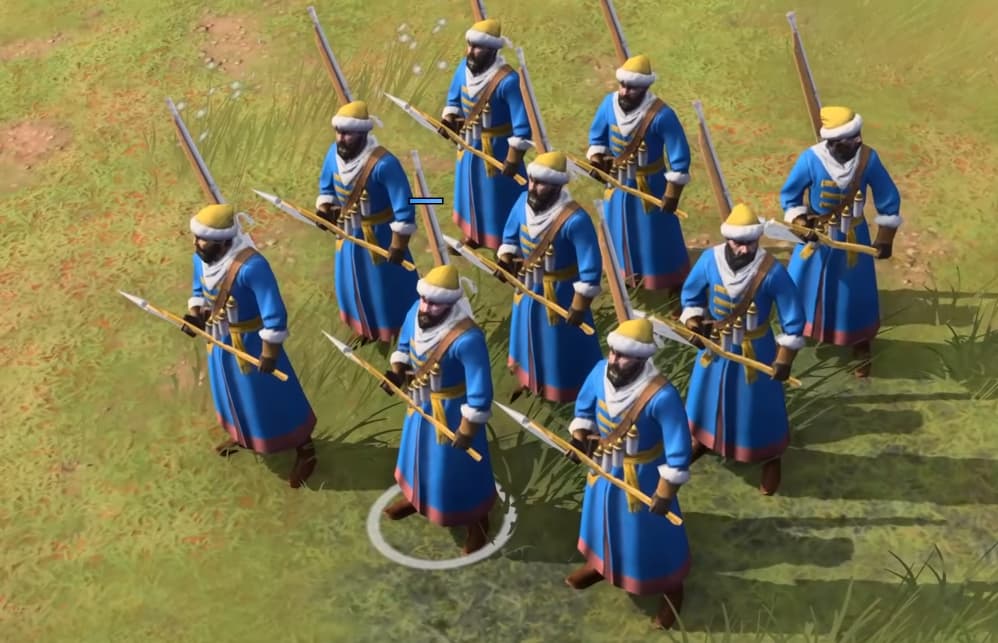 Agreed on all aspects.

It’s crazy to think that there is no significant change to the game since the beta, they didn’t even mind to implement hotkeys or increase the zoom level and i bet these requests came much before any beta. I honestly have no clue what they have been doing but it’s definitely not working at the game. The only thing that it’s said to be improved were the animations and graphics, but honestly, i don’t see anything just like you and even if they did, they are a giant company that is supposed to have devs working at different parts of the game. Just seems like they are confident that people will buy this incomplete software without complaining because we need them and not the other way around , so why would they mind , right?

Brooo what the hell is happening to some of their faces. Aliens confirmed! 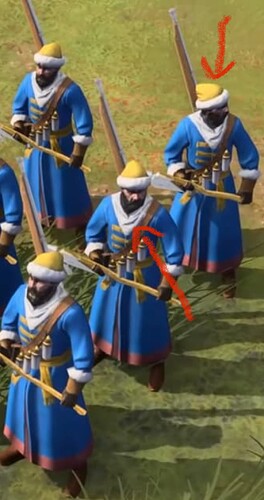 The only two things I disagree with. More of the Age games have “homing” arrows than don’t, so this isn’t really unexpected, nor bad for gameplay. Siege friendly fire hasn’t ever been a thing, afaik. Self-driving siege is really a non-starter, it’s likely because they noticed the issue in AoE3 where the operators are really hard to make interactions with because they keep loading cannonballs even when units are attacking them in melee and it looks even worse than if there just wasn’t an operator at all.

Does AoE3 have any self-driving siege units (or do all of AoE3’s siege units have a human)?

Just went through all the AOE III siege in Scenario Editor and found no siege that was unmanned. 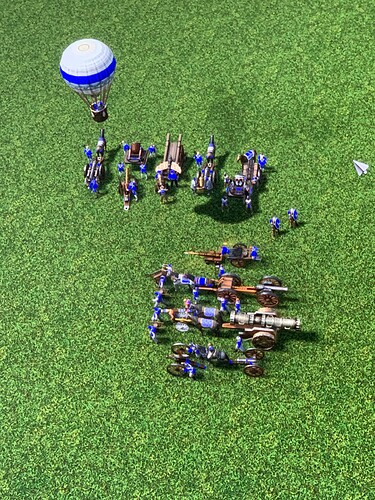 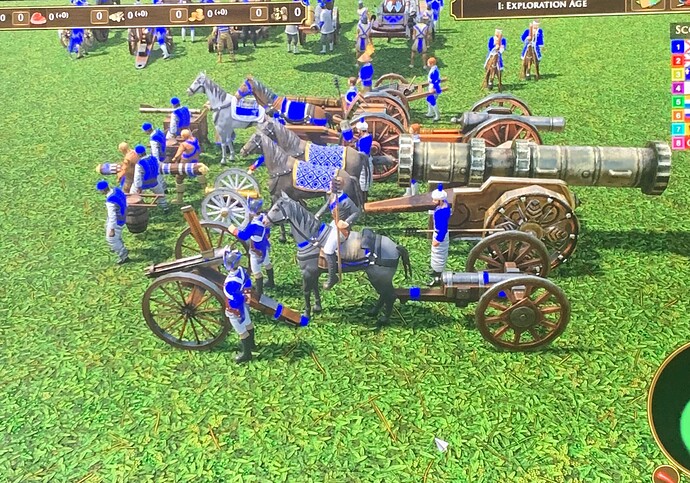 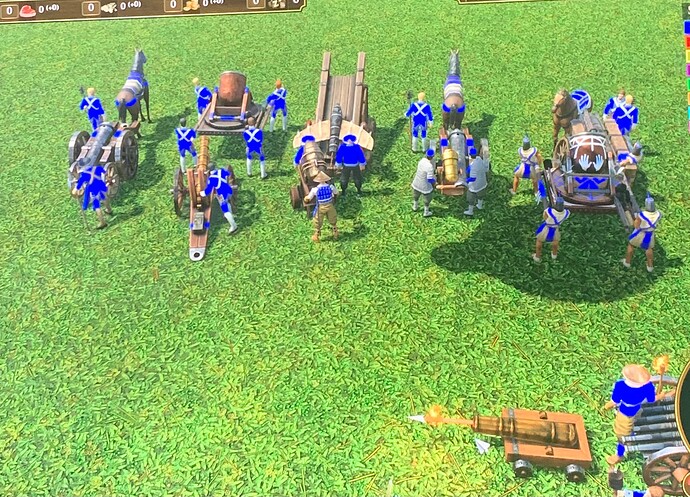 Thanks for looking! None of us know everything but none of us can form valuable opinions without knowledge.

AoE2, AoM, and AoEO are mixed.

AoM has only 1 manned siege if I remember correctly - just the Norse Portable Ram. And generally has far fewer siege units in general compared to AOE IV.

AoEIV appears to me a mish mash of AoEII and AoIII but not doing anything in particular better than those games, and in some cases doing things that are flatout worse such as the lifeless UI. It’s trying to appeal to both playerbases but I fear it could alienate them. A jack of all trades if you will that may fall flat.

I could be wrong but AoEIV is lacking that wow factor for me, there’s nothing about it that makes me want to stop playing my favorite game in the franchise (AoEIII).

One can hope it will develop it’s own identity over time but right now as I study the game it just lacks something. It feels hollow to me.

Siege friendly fire hasn’t ever been a thing

Tbf, the Cheiroballista is also solely an anti-infantry unit. It is not intended to be used against buildings, as it only does pierce damage and zero crush damage. Despite its classification as a siege weapon, it hardly acts like one. If it wasn’t classified as a siege weapon, nobody would bat an eye.

Mb. Never played AoE2, I was unaware of this. Still, if that’s the only example, it remains an outlier and doesn’t really change the point.

Siege is siege regardless of what its bonus is against. But I hear you.

I just don’t want any devs reading thinking anti inf siege is verboten. It’s not. We need it.

Technically the trebs in AoE4 are manned while deployed and loading for its next shot. However, it is manned by the golden “ghosts” that you see when you are constructing buildings or when siege is packing or unpacking. I just noticed this in the Rus vs. Delhi showmatch. You can see them at the 28 minute mark of the showmatch (notice how at the same timestamp, the mangonel doesn’t have the same reload animation with the golden “ghosts.”

man are you sure that is not a meme?

4 years of a long wait to get this

it’s likely because they noticed the issue in AoE3 where the operators are really hard to make interactions with because they keep loading cannonballs even when units are attacking them in melee and it looks even worse than if there just wasn’t an operator at all.

can you attach a video of that specific problem? or a complaint from someone who already played the game? I have 10 years playing it and have never adressed that problem, instead I disagree to have selfdriven siege in AoE 4 because there not a single good argument to dont have a creew on them… hvaing no crew makes it so confusing and looking units throwing torchs to cannons is so cringe without mentioning how cringer it is to see a trebuchet moving like a volkswagen in the middle of a medieval battle…

I don’t agree with this. What I will say is that the quality of the graphics are incosistent. Some buildings are great, others not so much. Same thing with units. But a broad stroke opinion of graphics are on par with previous games is incorrect imo. There is potential, it needs polish.

*Game interaction downgraded (UI at a glance is hard to understand, buildings are hard to differentiate, no individual unit selection from groups, hard to click on sheep trees and villagers, high latency/delay when making commpands)

Agreed. I think this is one of the weaker points of the game that they need to address. It’s playable, but we need to aim higher than that.

*Pathing is no better (units slide all over the place especially when bumping into one another, getting stuck around buildings)

Disagree. The pathing isn’t perfect, but it’s miles ahead of AoE2. (AND LOL Don’t make me talk about AoE1’s non existent pathing…) Not sure about AoE3, as I haven’t played the DE myself. Again, needs polish, but I think it’s mostly fine.

I personally don’t like the homing arrows and no friendly fire on siege as well, but those are design choices. I don’t believe the game is dumbed down tbh - and I don’t think any of us can comment on this yet before seeing proper pro gameplay a year into launch. If you read reviews of AoE2: AoK when it first came out in 1999, reviewers used to say that the game lacked depth and was very simple. Obviously, they were wrong, and they can’t really tell by playing 100 hours.

*Fake civ asymmetry (all civs get eco buffs but just painted differently, all civs get 95% of the units in the game)

Mixed about this one. I also don’t think the Civs are asymmetric as they originally made us believe. I don’t like that all basic units are available with full blacksmith upgrades either. I hope the Devs will shuffle things around after launch.

Hotkeys are bafflingly bad - there’s no denying this. It’s insane to me that a flagship RTS game in 2021 will launch with barebones hotkeys. Not even the basic Go to Barracks is mappable. That said, the game runs really well on bad machines. Heck, the game runs almost on par or better than the DE versions of 1, 2, 3 at the lowest settings. It looks awful, but it works. $60 is fine given the content and some of the quality work they’ve showcased. Just lacks polish and a few features that they need to add - which was my main video’s topic months ago that still stands. In other words, the game will probably not be worth $60 now, but will be at the end of 2022 when they fix stuff and add features that should’ve been shipped already.

*Developer Rigidity (max zoom level increased by a single level basically nothing and adds fog, hotkeys UI and graphics have zero change since stress test despite heaps of feedback)

Mixed on this one. They did fix and change things based on our feedback, and some are completely ignored. Saying the Devs never heard us would be wrong and unfair - but them not changing the plethora of bugs and issues from the Closed Beta till now is worrying.