Delhi Sultanate keeps in the influence of mosques are getting INCREASED research time (45 minutes each research!) Keeps outside influence have the base time without upgrades. PLEASE FIX!

But keeps outside the influence have more reasonable (unboosted) times. This is in the update 8324!

Here are two screenshots from the same game: 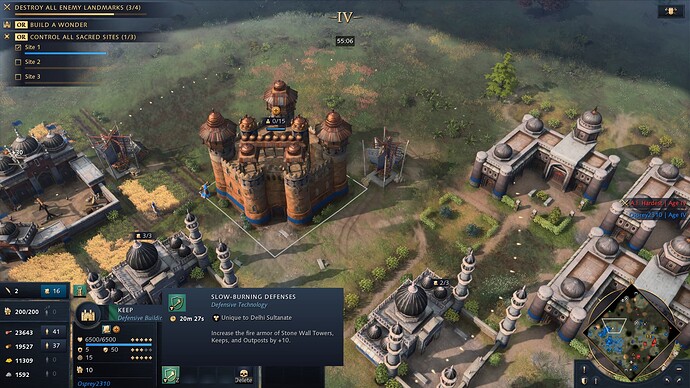 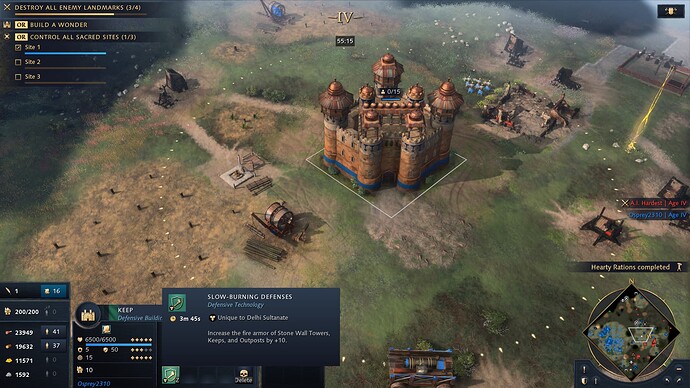 Before or after today’s patch??

After the patch. I should put the patch number in the post thx.

The techs under the keep (Fortified Villages, burning oil and the other one that reduces fire damage) suffer from an increase in their research time the more scholars you have garrisoned in the mosques / madrasa. I got to make their reserch take 40 min to finish with 21 scholars.
To replicate it you just need a Castle, mosques and a buch of scholars. Increasing the number of scholars garrisoned in the mosques results in an increase of research time to the 3 techs in the Castle. I was testing stuff out in a personalized game without any kind of opponents, with the resources set to the maximum, with the map revealed and starting from castle age.

It was REALLY taking that much time. The funny thing is that I managed to watch most of Viper’s video on the new patch, post about it on the comments of the video and come here to make this post and, still, the research still was not finished

Thanks all! We’re aware and working on it!