Aoe 4 is my fav game since its been released.

It feels like nothings really getting done to make it a better game.

Its taken nearly a year for basic features to be added to the game and it still feels bare bones compared to most standard RTS games.

Rank season 2 hasn’t really made the player base higher.

Im a 1vs1 rank player, but balance patches don’t bring in new players 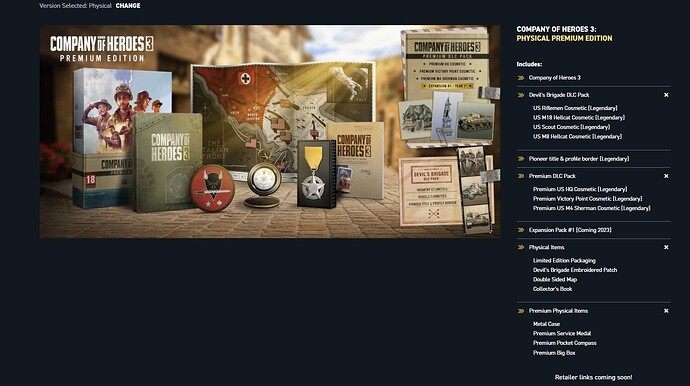 the problem is (in my opinion): GAMEPASS.
microsoft want us to pay monthly and not once. thats why we had a really bad digital deluxe edition and not even a compareable physically one like this.

for me i dont support monthly-pay-passes like gamepass. the games i like and support - i buy them on steam, in steam i can also refund if a game isn´t the right one for me. i prefer few good games over a load of average games. but sadly to many people use gamepass.

Just so you know. The game has stopped working after season 2 for gamepass or Microsoft store purchased versions. And it has been like that for almost 10 days. I had to buy it again from steam today just to play.

They just released a massive patch, and are probably working on the expansion. Launch wasn’t great, but as of this last patch the game is solid, and will keep improving.

My gamepass copy, and my wife’s through Microsoft store are working fine.

I still wonder why they keep so silent about what’s on the horizon.
I don’t expect a huge content update within one year after the release, but it will be helpful just to let people know they have plans for that. This combined with the very poor management of the first few months damages confidence among players so much that it may take several big high quality updates to rebuild, and I do not think “finally adding back all the basic functions you kept asking for” (though of course they are not important at all according to someone) counts as one.

AOE3DE does not announce DLCs in advance either, but at least they are teasing it in the patch notes 2-3 months prior to the release.

Appendix: “they” refers to whoever is in charge of advertising and management. It does not necessarily refer to Relic or any specific company.

until today we dont have an announcement. at aoe4 there was an announcement months ago. i think this makes a difference. but yes, maybe it will be there too - lets see.

I play on gamepass from launch. I play every weeks. No problems at all

MS have signed a sepcial agreement with Sega for many titles. They know that RTS are a big part of Gamepass PC. Gamescom Is coming soon so i could expect some announcement there.

I mean, I’m not putting down CoH 3 here in the slightest, but if you’re basing the quality of the games based on a physical pre-order I . . . don’t know if that’s helpful.

CoH 3 has some improvements compared to Age IV or even DoW III, but that’s because it’s coming out later (and possibly had longer time in development). But it will still be a Relic game, made on the Essence engine, that people are finding problems with when it comes to Age IV.

They’ll still use a grid layout for hotkeys (unless they migrate and improve the work done on Age IV remappable hotkeys). The modding tools (if available) will have a similar learning curve to the tools in Age IV. There will be more similarities between Age IV and CoH 3 than there will these two games and other RTS games. A lot of the features people are criticising (or recognising the absence of) are because they weren’t always (or in some cases, ever) in a Relic RTS game. We’re seeing them implemented for the first time ever, in both Age IV (fully remappable hotkeys ingame) and CoH 3 (tactical pause).

AoE 4 was an afterthought for Microsoft. They simply hired a developer who had good experience with RTS games, had them use the same engine and adapt it for something else with as little resources as they could.

It has been confirmed that the things we thought were just laziness, like the statue chickens and horses around buildings, are a result of resource constraints. Microsoft only paid Relic enough to deliver a functional game, not a good game. Honestly, the fact that the game is relatively acceptable at all is a testament of how good Relic devs are.

If there were AoE fans among the Relic devs working on this, I cannot imagine their disappointment when execs told them not to do things because they were outside of scope or too expensive. That’d have to be awful.

It has been confirmed that the things we thought were just laziness, like the statue chickens and horses around buildings, are a result of resource constraints.

It has? You wouldn’t be taking my opinion as some kind of official, developer statement, would you?

Don’t get me wrong: I believe most, if not all, lack of polish in any video game tend to be the result of compromise r.e. available resources. But I’d be surprised if this was confirmed in any way by the developer.

I think this sums it pretty nicely 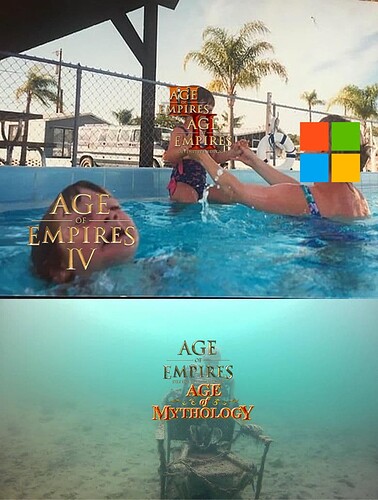 Just so you know. The game has stopped working after season 2 for gamepass or Microsoft store purchased versions. And it has been like that for almost 10 days. I had to buy it again from steam today just to play.

I can’t even buy it on Steam, way too expensive on my country’s currency.

Which country are your accounts in

I think this sums it pretty nicely

I’m sad for AoE 1. It’s just a victim of being such an old game. The DE version was actually a pretty nice improvement in everything, but some things you just can’t update. Somebody in the AoE 1 forums proposed using the AoE 2 engine to develop a new AoE 1 (let’s call it DE+). It would remain 2D as we all like those games to stay, but with the significantly better pathfinding and more modern mechanics from it’s successor. It’s likely never going to happen because AoE 1 has like, 12 players, but one can dream.

Also, let’s not give up hope for another AoM. That was properly asymmetric, unlike AoE 4’s mostly reskin job.

They just treated AOE1DE as “let’s finish this routine job so that we can proceed to remaking everyone’s favorite ASAP”.

Thats usually where the profit is.

It does not matter how many individual copies of the game are sold. What matters at the end of the day is how many renew their subscription after the first month 1$ offer.

If people are like me and buy 1 or 2 games/ year it’s not that atractive but if you buy/have time to play more, Game pass is a solution.

Think of it as a monthly Gaming Magazine of the past with a CD inside.

-And most important will be what civs they bring. This can have a great impact.

P.S. I’m all in for an Age of Mythology.

And sadly new players are not atracted to RTS genre anymore. I even saw an FPS streamer saying that RTS genre is a dying breed and wont get big numbers anymore except for core fans.

I disagree with that streamer. I think of it as a two sided problem:

You can get players to switch and newcomers to try RTS, but it’s not easy. You need something REALLY special. The player total between TBS and RTS must be close to other “more popular” gaming genres (I would even include city building games in there plus the Anno series and RTTs).