I don’t see the Relic own vision in this game, all I see is a play safe age of empires ll vision but with reduced mechanics… If not mistaken in close beta there were hill bonus and archers will fight in melee if they are engaged in melee… So why they removed that if that’s their vision? Why X19 trailer looked better with bigger building and graphics ? So I won’t buy that for me is clear that they went super safe.

Digital Deluxe Edition was a blunder and all its contents are lackluster. AoE 4 is the only AoE game without Steam trading cards for badges too.

In one of the earlier dev streams Eric Wrobel at Relic explained that the reason hill bonus was removed is because of the new elevation element in the game where one player could always be uphill from another. It’s just one case where the decision to fundamentally change a core element in an Age game had unintended consequences.

The statement that the game looked better for XO19 is debatable. The trailer showed cinematic shots and if you played the game from this perspective it would be fine, but when you’re in the top down perspective 90%+ of the time, having true to scale units makes them very tiny and in some cases, difficult to find. Should they have scaled down units more than what they are like in the game now? I think so. However I would much rather be able to quickly find units than waste time hunting for true to scale ones.

Do you mean maps like king of the hill, hill and dale etc? That would basically mean that they priorized visually diverse maps over deeper game mechanis which would be a horrible decision to me.

yes code a good map. aoe2 has same problem with “king of the hill” so everyone prefer the Pit.

So you’re suggesting that any fix for anything in the game must also be used for every single other problem?

What’s more likely is this was the decision they arrived at for this one specific mechanic after evaluating the problem(s) introduced.

You need to first identify it as a “problem” then talk about the “fix”.
Why is “one player will be able to get uphill” a problem at all?

Just like “one player will be able to gain ANY advantage”. It is not a problem in the first place.

The issue isn’t Relic removed the hill bonus. The issue is the Relic made a very boring and bland game by playing it “safe”. I don’t despise the AoE 4. I just think that after waiting so long for a new installment they should have been able to make a really good game not one that is worse then the previous games.

Can’t speak for the user “RadiatingBlade” but to me it seemed like he talked about maps where both players were located on a hill like mongolian heights, hill and dale and high view. Correct me if im wrong here but from what I’ve seen other AoE games do not have those kind of maps. Or are there actual maps where it’s possible for one player to spawn on a hill while the other player spawns in a valley? In ancient spire all players spawned in a valley as well if im not mistaken.

That would basically mean that devs did not want to create static situations where players would never leave their home base on a hill as the disadvantage for the attacker would be too big. But yeah, it’s a very bad decision the devs have made here, nevermind the reasoning behind it.

That’s more of a stats tweaking thing.
If they do not want players to stay on the hill all of the time, they can just either (1) adjust the bonus a bit (2) add some stronger countermeasures (3) spawn map as symmetrical as possible, without having to remove the uphill bonus.

Actually I’m not saying the decision or the outcome is bad, but I do not buy the reasoning.

After the commercial failure of 3 after its expansions, I understand them. Many people preferred it medieval to world wars and more like 2 than 3.

you can create. But will it be playable?
Hill and dale - will be playable with SS. It would have different approach, but playable.

PS aoe2 can create any map, but why would you create unplayable map?

to stay on the hill all of the time

yes, players stay on mangonel all the time… And with A-click finishes the games.
All B-tier tournaments ends this way. Collect army → A-click.

I reinstalled the game after some issues with gamepass PC and i played (and i’m currently playing some skirmish and co-op vs AI). 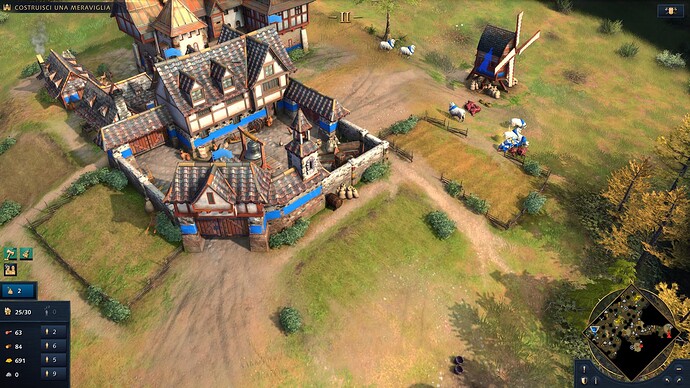 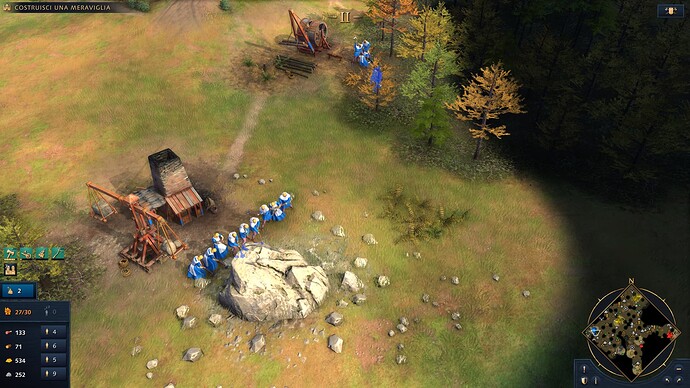 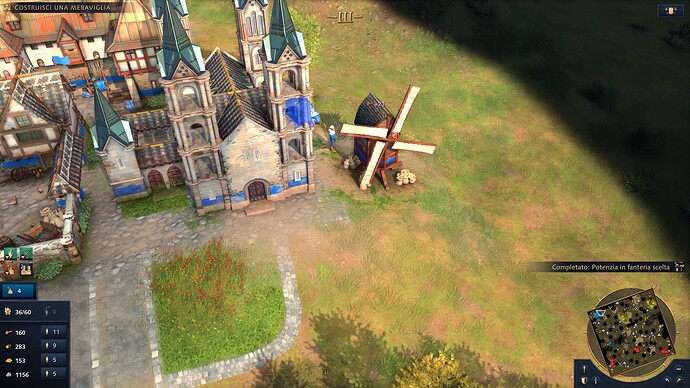 the armours seem armours
now: made by steel and iron 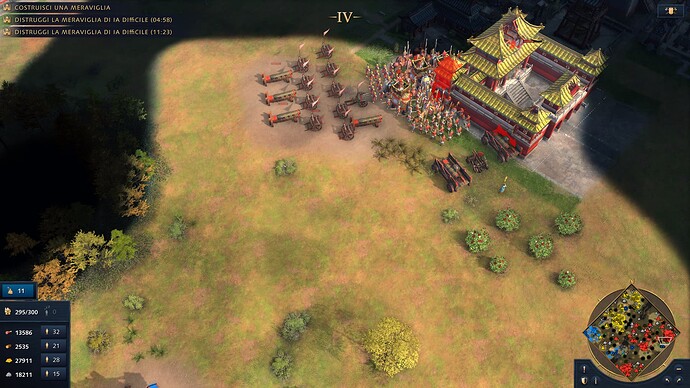 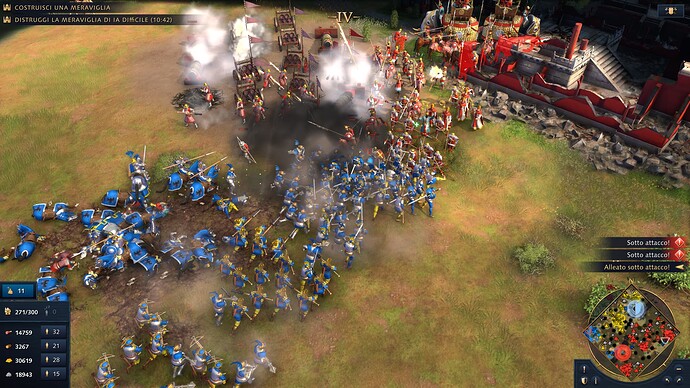 Than i turned my attention on the second Wonder 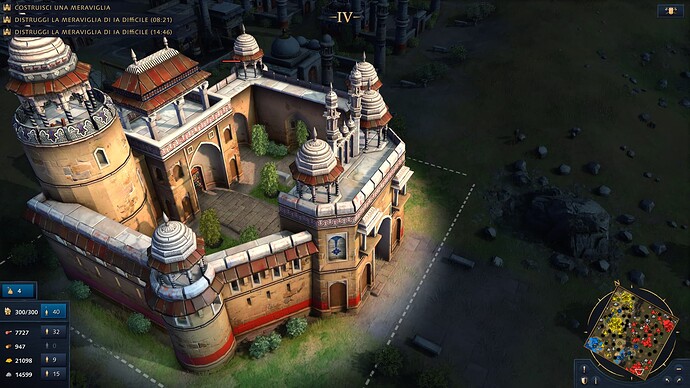 I’ve been able to destroy it and i was thinking to destroy the enemy base easily with the same army: after the first little battle, three big armies of each AI enemies attacked me totally destroying my army (almost 130 soldiers heavy infantry).

So i like this approach of AI and i think it will be more improved in the future patches and DLC.

What i would like to see in the future updates

It would be cool to see another graphic option to set on these animations during the game.

Relic is already working on it for Compamy of heroes 3 so, they have enough experience to do something similar for Aoe4.

After the commercial failure of 3

It was not a commercial failure. It sold almost 3 milioni of copies and It was a great success considering the different era and the new adds to the game.

The answer Is different: in that time MS didn’t Believe on the PC gaming anymore because the core business was Xbox. Now it’s different because Gamepass PC it’s a very profitable segment for the Gamepass Itself. It grew up of 300% this year 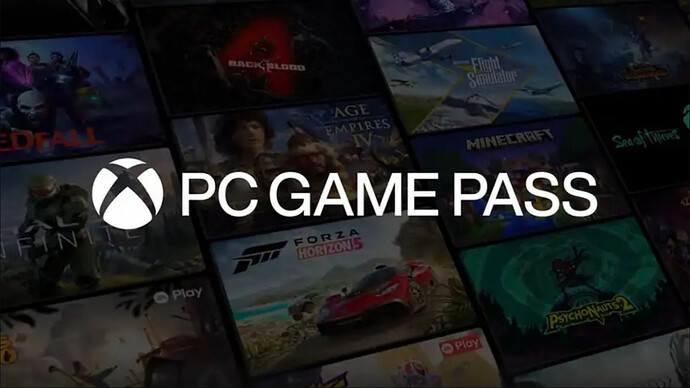 This Is the reason why we’ll see more AAA RTS coming to Gamepass PC (and steam). RTS are the most played genre on Gamepass PC.

It was not a commercial failure. It sold almost 3 milioni of copies and It was a great success considering the different era and the new adds to the game.

The answer Is different: in that time MS didn’t Believe on the PC gaming anymore because the core business was Xbox. Now it’s different because Gamepass PC it’s a very profitable segment for the Gamepass Itself. It grew up of 300% this year

My favorite game is 3, but the reality is that a large part of the sales were due to the boost of AoE2, the first year was good, after the expansions it was a failure, that’s why ES went to hell and Microsoft didn’t invested in AoE games for years.

Probably MS and relic won’t let aoe4 fade away but its development and upgrade will take quite amount of time.

I mean it will take a while before the game gets good.

the first year was good, after the expansions it was a failure, that’s why ES went to hell and Microsoft didn’t invested in AoE games for years.

That’s not even remotely what happened. AoE3 was a commercial success and MS was pushing ES to make more expansions for it. In fact they even gone as far to contract a different developer (Big Huge Games) to make TAD expansion for AoE3 when ES didn’t want to do it (burnt out from making only AoE games).

Also, even though MS strangely dissolved ES after they made Halo Wars, they actually invested into AoE again immediately and contracted RE (ex-ES) to make Age of Empires Online right away. That’s when the real commercial failure happened, since it took more money to make AoEO civs than players were paying. Microsoft did a whole presentation about this which is interesting to see, you can find it here: GDC Vault - F2P the Wrong Way: Age of Empires Online

The problem with that is people are gonna find other games to play and slowly the playerbase shrinks to the point where new DLC won’t generate enough profit. Apathy is far worse than disgust. People can only stick with a game for so long in the hope it will get better and hope is a finite resource in this industry. By that time AoEV (if we get it) should in development.

Relic should have concentrated on making a good game first instead of catering to the esports crowd whereas AoE2 is a complete reversal and that’s why it remains the golden child of the franchise. In other words, good games will bring the competitive players while keeping the “casual” players happy.

As I’ve said before, the bones of the game itself are a problem it cannot be easily rectified by DLC. All waiting does for magical updates and DLC is kicking the can further down the road.

AoEIV isn’t a bad game but it should have been better and I personally want AoEV to correct those shortcomings otherwise this 2nd breath of life for AoE franchise will fade away for me. When I think of AoEIV one word come to mind: mediocre. Every single AoE (and AoM) has its own personality and charm but AoEIV does not and it is quite glaring to me.