EagleMut, you know perfectly how much I love AoE3 and have been playing it since the beginning.

I didn’t say that the vanilla edition sold poorly (it was also driven by love for AoE2 and its huge success), but its expansions weren’t nearly as commercially successful as expected (many serious bugs that hurt the game, but I’m not going to to expand more), you can see the numbers from when “The Warchiefs” came out onwards.

It doesn’t matter whether ES wanted to do it or not, what’s done is done. Proof of this, you can ask Bruce Shelley what he thinks about it.

AoE 3 wasn’t a failure it just didn’t do as well as they hoped. It sold well and won awards, honestly I think the developers didn’t expect the player base to dislike the the new things that were introduced in the game. AoE O was a commercial failure .

AoEO was not just a commercial failure, it was the death of the franchise for many years.

The AoE3 expansions did not sell well and many mistakes were made.

Honestly, I’d rather AoE3 had another name from RTS, so they stop mistreating it from other quarters.

also defending the current state of the game because with radiant statement it already told us that they (relic) don’t know anything about the game. hill bonus was added as a way to make terrain effective and resolve mirror matches. When it didnt needed of it they put short range and lower dmg to make them less efficient. In aoe 4 we got longbow, mango, cannons and spring which break the rule that makes range/archers balanced in the core.

In the second part seems like they have no idea which scale could work but they decided one that looks better but troublesome with the gameplay which after release and “fix” for making it more appeal to the gameplay they have to reduce the graph value as it only looks better in certain angle. So that means the engine worked with aoe 4 is mediocre for the purpose of the game.

It’s just one case where the decision to fundamentally change a core element in an Age game had unintended consequences.

That’s just from the top of my head but there are a lot more examples. Now, you may or may not like arrow accuracy and other changes, but the fact of the matter is, all those things stray away from the usual AoE formula and simplify the game, IMO too much to an extreme. A simple game is a boring game.

After the commercial failure of 3 [[[after its expansions]]]

It seems a lot of people missed this part I emphasized. AoE 3 sold well and was a commercial success… at first. Then it was promptly forgotten. RTS, RTT, TBS games live by their longevity. Initial sales numbers are irrelevant if the players move on to something else quickly. Something like Horizon, Elden Ring, Cyberpunk, etc. do fine with just their initial sales because RPG replayability is limited. But an RTS needs staying power. AoE 3 didn’t have it, although it’s slowly getting the credit it deserved.

although i prefer aoe2 formula.
I believe that the real issue is not military tech tree.
My reasoning:

raiding just do not work.

no playable unique units.
Only Chinese has playable unique…
French - no unique.
English - same archers.
Rus - CA is same archers but on horse. In aoe2 mangudai is super smooth, and easy to micro and super suttisfying to micro/kill siege.

To put it short: every unique units is OP in something, but it’s the reason why it’s funny to make these units… Not aoe4 CA or ELLETE French Cav… which is basacly the same,

It’s funny cause I was going to make the exact same argument of many civs not really having unique units, but just buffed up units available to everyone else, but then I started thinking that AoE 2 and 3 did something similar, albeit with far more panache.

The French royal knights are just knights/lancers with more hp and auto-heal, for example. The main difference between AoE 4 and 2 when it comes to unique units is that in AoE 2 you still have access to the regular unit (English have regular arches AND longbows), so the unique feels more “special” (it helps that you need a castle to make them, bar the Goths). I always go back to the “spectacle” aspect of RTS games, which AoE 4 seriously lacks. The unique units lack that punch, that something that makes them special. Has anyone considered palace guards something other than reskinned MAA?

The problem with raiding is also that the pace is so slow. It’s really hard to catch someone off guard when he has literally got eternity to find a proper reaction. Plus defensive structures as you said. Pace wouldn’t be a problem if we had some other elements like micro, hill bonus or unit specific abilities that can be activated in combat etc.

After all AoE4 is a macro game. AoE series have always been more of a macro than micro game but here the micro has really been drastically reduced, sadly.

Some things were definitely done to simplify and streamline the game.

The tech tree is additive rather than subtractive, there are more unique techs instead of removing techs, this does simplify things in a way because it is easier to remember and also easier to balance.

Scouts have nothing to do with simplification though, horsemen are the light cavalry of AoE4 like the scout line is in AoE2. Scouts are a different thing entirely here, and they actually are useful for vision even in late game.

The armory upgrade situation is just a different way of doing it altogether, and a way that actually encourages more diverse unit compositions than AoE2.

Which tech are you thinking of that depends on another? That’s not really a thing in AoE2 either for example, other than blacksmith and eco techs in the same line which is also the case here.

Blood obviously has nothing to do with simplification. Friendly fire and missile physics does though.

Scouts have nothing to do with simplification though, horsemen are the light cavalry of AoE4 like the scout line is in AoE2. Scouts are a different thing entirely here, and they actually are useful for vision even in late game.

In AoE 2 light cavalry (upgraded from scouts) retain their long LOS and their usability as scouts. Having such a weak unit in Castle and Imperial is nonsense IMO, especially when their only remaining ability is picking up deer which are all but gone by the late game. Super weak units in other type of RTS have at least one redeeming quality which is useful at all times, like engineers or spies in C&C and other franchises.

The armory upgrade situation is just a different way of doing it altogether, and a way that actually encourages more diverse unit compositions than AoE2.

It may or may not be a good change, but the point of my post was to highlight AoE 4 straying away from core AoE mechanics. In past AoEs, if you wanted to go with ranged or melee units exclusively, you only had to research one line of defense techs (covering both melee and ranged armor) and one line of attack techs. Now they separated the defense into ranged armor and melee armor and I’m sure a lot of players are not even aware of this since the blacksmith UI is very similar to past games.

Which tech are you thinking of that depends on another? That’s not really a thing in AoE2 either for example, other than blacksmith and eco techs in the same line which is also the case here.

It’s probably not tech->tech but mostly tech->unit. You cannot train any gunpowder unit unless you research chemistry first for example. No such thing in AoE IV. Hand cannoneers, gunpowder siege and ships are all unlocked as soon as you hit Imp.

Yeah scouts aren’t really for fighting in late game, they are still useful because of the crazy vision they give, which you seem to be ignoring, especially on maps with stealth forests.

As you’re pointing out yourself, the blacksmith techs are not a simplification.

Ah yeah chemistry. That may be the only example in AoE2 though. It’s definitely not something that’s an AoE core mechanic. Chinese here in AoE4 have more of that than AoE2 anyway with having to unlock different units.

You seem to be focusing too much on “simplification” even though in my earlier post I said:

<<< Some things >>> were definitely done to simplify and streamline the game.

And I was replying to Radiatingblade about his remark about AoE moving away from core elements of the AoE series (i.e. not all of the things I listed are simplifications, hence the some part.)

If you like the changes that’s fine and I’m happy for you (I like a few myself and indifferent towards others), but you can’t deny most (if not all) of those changes, plus no hill bonus damage, drove away a lot of loyal AoE fans, while failing to bring fresh new players in.

You seem to be focusing too much on “simplification” even though in my earlier post I said:

Hmm ok, but you literally gave a list of things you said were to simplify balance and gameplay:

There’s really no other way to interpret that. Those are the things I responded to.

A remake (not just a remaster) of Age1 using the 2DE engine would be my perfect game.

Ancient era is so much cooler than medieval, but Age1’s mechanics are clunky and the gameplay just isn’t as fun as Age2.

Glad to see you enjoying the game!

Indeed some of the unit models have slightly improved , but it’ has always been looking like that I think? But yes after each patch they fix graphics. Bad thing is that graphic changes are not on the patch notes

They decreased the price, so they at least realized it was too expensive on some regions
I’ll still have to wait for a discount to buy it tho 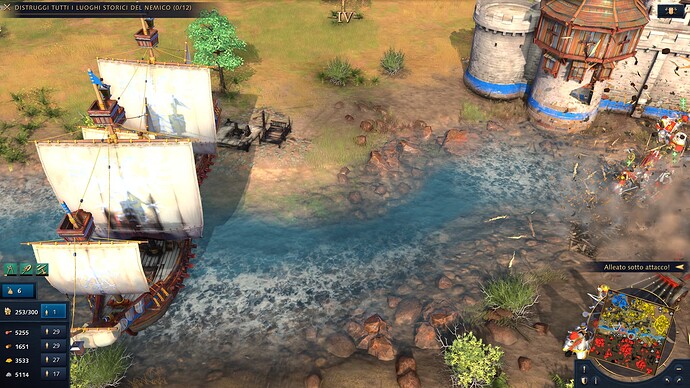 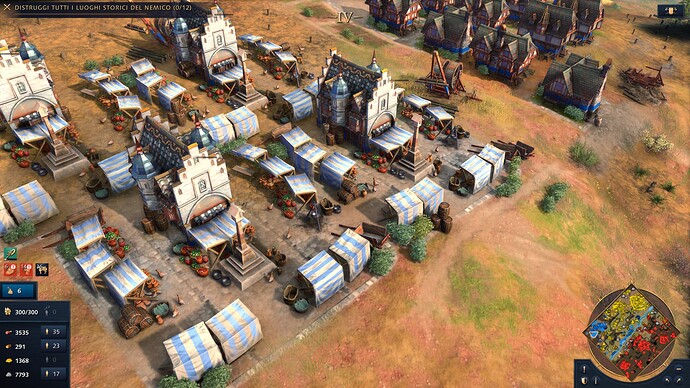 it seems a bit more detailed.

What developers should modify are weapons.