after a few weeks and waiting for the patch, i played today. The Person i reported is still playing and his history shows that he is still cheating/cancelling the MP-games. You said you would 100 % listen, but listening probably also means that you mustn’t do something about it… Because of this guy and his buddy, four people no longer play! Do something, thats one of the reason so many people left this game! 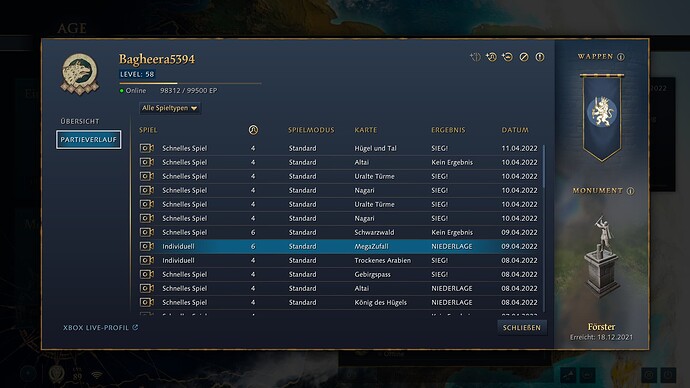 This is what am talking about …

Every pepega here on forum / Reddit / streams wonder why so many people left yet answer is really ez …
.
Its just and only because of this crowned by not even a minor punishment for such a behaviour …

All the game breaking exploits in the past (To name a few: Abbasid super long range or relic duplication or multiple oovo) without punishement and even drophacking without beeing banned?

How somebody wants to keep alive and healthy community in such a game?

modes above 2v2 becomed LITERALLY unplayable because of this

My thread lightly touched on this issue too. Take a read and let’s gather support for these similar issues and suggested fixes.

Yep happened 2 times yesterday. Drop hack still active with no repercussion for doing it 24/7.
WAIT TILL RANKED DROPS and people have something real to gain!!
Going to be a hack-fest. I can see it already.
Even 1 v1 wont be safe. Its going to be like 50% of your games are drop hacked. Devs better take action NOW and start banning these people.

Ye, I encountered several times drop hack, especially in team game with Asian people.
For now I never found drop hack in 1vs1, I’m in range 1100-1200 elo, I don’t now if in other elo range drop hack is used

From my own testing. It seems when any hack is used to do anything from speeding villagers to adding recourses… The game becomes unstable and drops everyone.

The question is … Why are these people continuing to be allowed to keep their accounts.

I found two pay to play hacks and emailed them in. No response…

I’m losing faith in their all for the community marketing plot.

My investigation originated with risk global domination. Came across one company that hacks several big name games for you for a monthly fee.