The new DLC is ready to preorder:

3 new civilizations, what will happen to current India? And to me it looks like we have a new architecture set 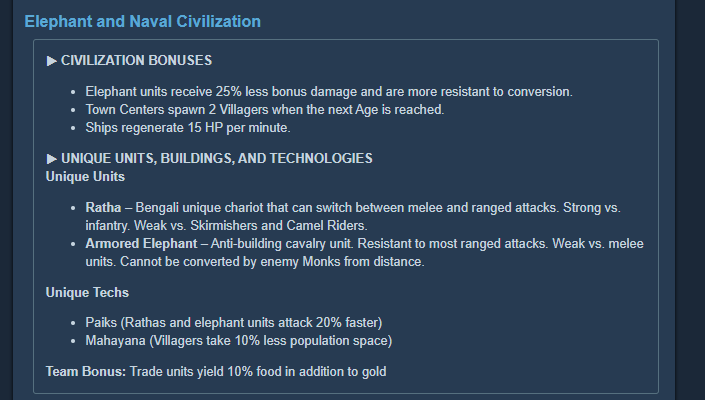 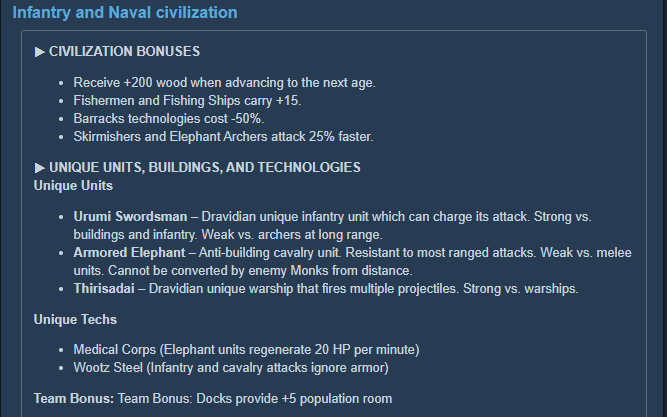 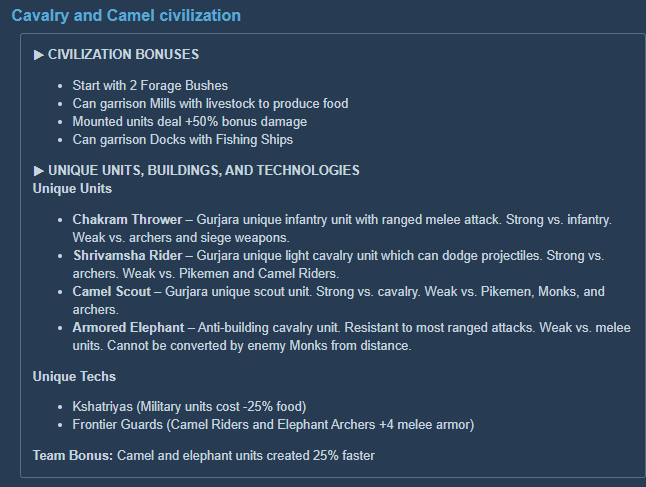 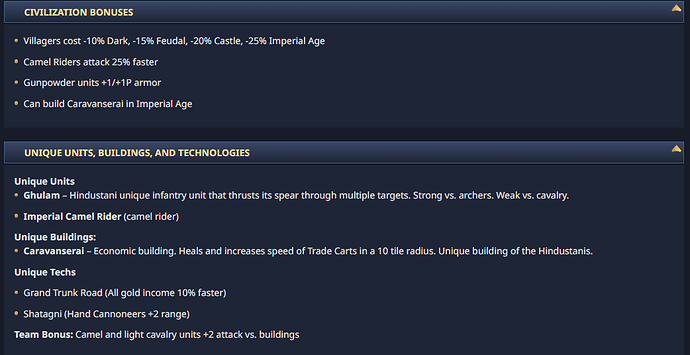 3 new civilizations, what will happen to current India

Why didnt they make the ram elephant a normal unit in the tech tree?

No? It all looks like the Indians architecture set (which, y’know… makes sense). There’s probably only new Castle architectures like the past two DLCs have had, or maybe some other unique buildings.

It’s also pretty funny, the ‘civ bonuses’ leak was pretty accurate. I wonder if the devs will listen to the complaints about some of the unit namings and stuff (iirc should be Rath not Ratha and so on?).

What is the 9th unit?

Hehe, someone slipped on the preview info as well, I quote:

The Dravidian unique units are the Urumi Swordsman […]’

What is the 9th unit?

Maybe the weaker Elephant Archer unit that was rumored to be regional?

which of these is the Mughal India?

The Hindustanis represent the muslims in India

So it isn’t meaning Hindus?

Nope. Hindustan was the name muslims used for India

ram elephant could be a regional version of elite battle elephant, like difference between hussars and winged hussars

So does the gurjaras not gst a campaign? or is the old one now played as gurjaras?

I think Prithviraj will get the Gurjaras Civ. 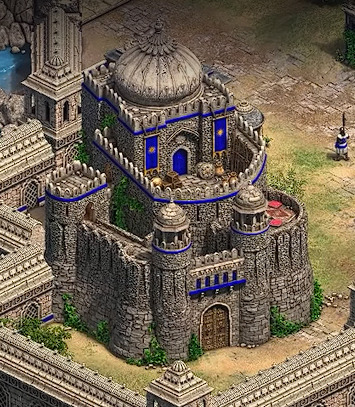 Safe to assume this is the new Hindustani castle.

Ypu can also look at the tech trees.
So far I like it, but is just quite lame that Hindustanis can’t train ele archers at the archery range, the unit was originally for them first, just now widespread to others.
At least they now have the armored ele at siege workshop and looks absolutely badass.