I wanted to share this “Age of Noob” video to show what ambiental effects would look like in the game. 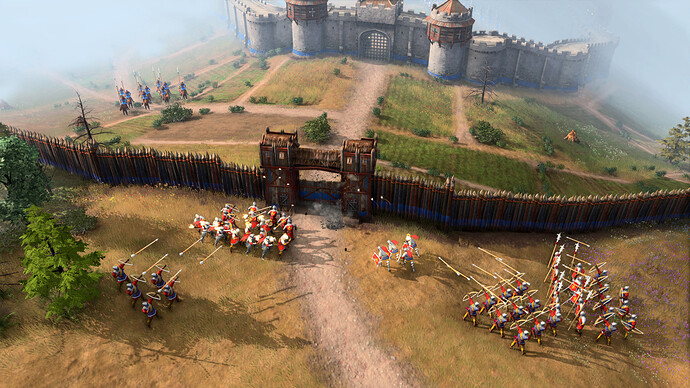 I have a feeling when Relic has gone this far with having roads being created automatically to give a better look to your cities (maybe some mechanics behind it?), have some surprises in their pockets when it comes to world effects as for now from what I’ve seen game looks beautiful can’t even imagine game with maps where we have snow, rain, maybe some sort of an thunderstorm-ish? Whether, heavy wind that interrupts tree camouflage mechanics, can’t wait to find out more about environmental elements in the game!

They’ve stated arrow sizes are smaller. The arrow footage shown at fan event was old compared to their current state.

Hopefully weather effects make it in, with not such a dark tone as vid above. And if they make lightning, I really hope they make thunder sounds delayed in time, and varying times, from lightning. I hate it when games have no delay. A little bird once told me light travels much faster than sound

I think there is at last one more thread that is based on linking this video.

I would like to see snow making your unit walk slower or rain making burning buildings more difficult, but i dont know how it would feel while playing.