Does anyone know something about the ETA for the next patch? There were rumors it will be this week. But i wont believe it anymore, since it is already weekend.

Giving the current bugs/exploits into the game and still no hotfix, i hope the new patch will coming soon.

Patches always drop in the last days of the month. So next Thursday/Friday is pretty likely.

I never heard these rumors but yeah. Id guess next week maybe Wednesday or Thursday

Probably, altough I wish it come out before

I hope the patch will be live when ready and tested.
I prefer a delayed patch than a bugged one.

Probably the last day of the month, so 30-31, the last patchs followed this path.

Hi guys, if it’s not too much trouble, please go check and vote on this survey.

So, since the new patch will probably come out next week (as always near the end of the month), what will be in your opinion the civ that most likely (not the one you think you need the most) will get a balance change: poll

Just want to see how many people can guess the future changes.

Hi guys, if it’s not too much trouble, please go check and vote on this survey.

So, since the new patch will probably come out next week (as always near the end of the month), what will be in your opinion the civ that most likely (not the one you think you need the most) will get a balance change: poll

Just want to see how many people can guess the future changes.

You should really stop this off-topic spamming binge before someone reports you.

Didn’t mean to offend or angry anyone, just trying to spread the info, if you think that is spam and you should report, just do it.

I didn’t say I was going to report it. I seldom report posts and only do so when it crosses a certain threshold. Just passing on some helpful tips regarding forum protocol, even though your intent may have been just you made this exact same post under several topics which is considered spam. Your poll will get votes from people who are truly interested about this game but to get better results you should have started a new topic. Good luck anyways.

The game is a mess, btw cheaters, bugs due the x256 cheat command, crashes with the siege towers, malays bugged, bad color optimization for the feature displaying the next upgrades(something no one ever asked for it), the broken UI for several players, etc, so i don’t think they would change the balance on next patch, it would be a stabilizing patch.

They broke several mods, because they changed the way the game used to load the UI and several icons and images, so if they attempt to fix the UI, they would break the mods once again.

At this point reversing to the previous patch and updating the balance changes would be the wise decision , working on the current patch and trying to fix would probably just create more bugs for the next patch.

I asked for the colours because it was in the game for 20 years and de should be an upgrade in very way, not removing features the old game had.

The biggest bug as well as the biggest joke is this Elephant in the Room(pun intended).

This is a bug they have never even acknowledged and declined to fix since 7+ years. 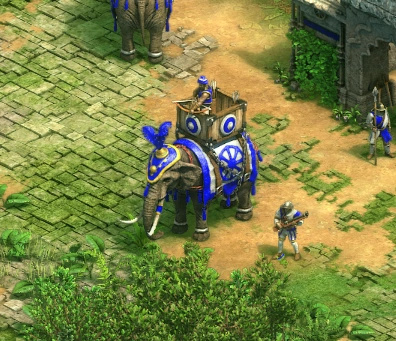 Can I get a fix for this bug? EVER? PLEASE?

Most likely next Wednesday or Thursday.

I agree. Making good patches (and games, and software in general) is not so easy as it looks, it takes time and effort, it’s not magic, and hurrying is evil. The hurrying cat mom delivers blind kittens.

Tell that to the sad pitiful Elephant Archer.
For him the wait is long and it never ends.

It will, sooner or later…

Patches have come at different times in month. Only latest patches have been at end of months. It is weird to pretty much set expectation (and potentially disappointment) for next patch to come at next week’s wednesday/thursday, when you have no idea, how has developers progress on fixes/features been. Let them release next patch when it is right time for it (it is ready and tested).

That’s actually true, they could inform the fan base about the ETA of the next patches, not to put pressure on them, they should take all the time that they need, but just to have an idea. I mean, I don’t want to know the precise date, but just having an idea, some info like “we are working on it”, “it will be in the next days”, “we had a problem, it will take more than usual”, a lot of games company do that.