For starters, they speak Russian.

Ok, if Chinese speaked Manchu would they be any less of a Chinese design? Are the current Aztecs not Aztecs because they speak Maya?

The answer is no. Language, wonder and all that superficial stuff isnt as important as what the civ actually represents with the gameplay. ANd the gameplay is Kievan Rus gameplay

Kievan Rus are ancestors of all East Slavs, ie. the ones that live in Russia, Belarus, Moldavia, Ukraine

Ingame it would be nice to have them speak Old East Slavic (Old Russian), but I am sure it would be hard for them to research all the languages in game and use 1000 year old lines. I may be mistaken but who knows.

The Cossacks are the closest thing to an Ukranian state in the middle ages. While it is true that they didn’t had proper independence until after AoE2’s timeline, we are playing civs not countries.

If they didnt have proper independence during the middle ages and didnt do much they dont really need to be added. And Cossacks are more than just Ukranians and dont feel like the best represenetation of Ukranians. Kievan Rus represents them better than Cossacks

No such thing as ‘Ukrainians’ existed back then. You’re asking for Kievan Rus to represent a modern entity

No I dont ask for anyone to represent Ukraine, but if anyone represents Ukraine its the Kievan Rus or the Ruthenians (who arent the same as Russians btw) and not the Cossacks who arent even worth adding

I don’t see how the Kievan Rus represents Ukraine better than Russia, where as the Cossacks are something unique to the Ukrainians.

Which Cossacks? You are aware there are several different groups of Cossacks and at different times, in different places in Eastern Europe? 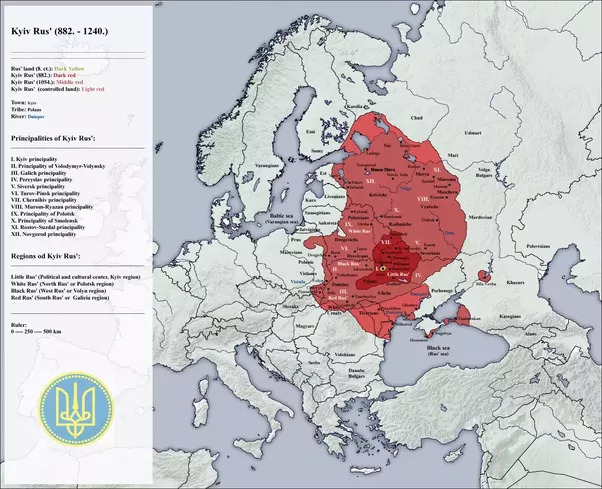 The Cossacks became as important to Russia as they are to Ukraine and literally did nothing that makes them worth adding in the AoE2 timeline. Ukranians wont feel represented by a cossack civ that did nothing. They will feel more represented by the Kievan Rus or Galicia Volonya even.

The Cossacks became as important to Russia as they are to Ukraine and literally did nothing that makes them worth adding in the AoE2 timeline. Ukranians wont feel represented by a cossack civ that did nothing. They will feel more represented by the Kievan Rus or Galicia Volonya even.

My reasoning is that the Cossaks are unique to Ukraine, they would feel like an Ukrainian civ, despite being less important than the Kievan Rus. The Kievans/Slavs/Rus however are shared with the Russians and Belarus.

I don’t think this comparison is 100% on point, but I think it’s like having Romanians represented either by the Roman Empire or Wallachia. Sure, the Roman Empire was far more important, but the Romanians aren’t the only people who came out of the Roman Empire, while the states of Wallachia, Moldavia and Transylvania are unique to their own.

Transylvania was ruled by Hungary but had a mostly Romanian population (although mostly Hungarian nobiltiy) so it’s kind of a mixed bag as well. But because of this Transylvania wouldn’t really make it out as a civ but rather as a nation. Since it was basically 3 civs: Romanians, Hungarians and Germans (Saxons) smashed into 1 nation.

I want a full pikes civ with pikes bonuses, a pike unique unit, mongo throwing pikemen, pikemonk, so i voted for swiss … as bonus, vils throws trees at cav!

No, a mangonel throwing pikemen, also known as a “Look mommie no haaaaaaands!”

hahaha too bad it was reported i liked it

I mean, if you wanted it to be accurate, it’d have to set your gold to 0 instead…

I would really like to see Scots or Gaels as a civilisation. Celts represent a very broad group of peoples and I never like how they represent the Scots.

Scots could be a good basis for a civilisation with good defense and counters to mounted units, something which would be good for the game in my opinion. Some quick thoughts, mostly with gameplay in mind, based on history. Good spears and early archers, especially before late game, good defence and siege.

Here are some quick ideas:

Barrack Units have +2 line of sight

Would play rather defensively, with quite a good boom. but with no late game power units, drops of in power in Post Imp. Could also play offensively with infantry and rams. Good offensively castle and early imp is my hope, not very mobile.

I’d still kinda like to see a Welsh civ. I was told it couldn’t be gone since the Britons already got LBM, but since elephant archers were turned into regional units I think it might be doable (I have no idea what could be the new Briton UU or the Welsh UU).

Wallachians could be fun too.