Export and Consulates need a rework.

The African Influence mechanic is relatively similar to Export but more interesting in nearly every way.

You can’t really control the amount of Export you generate, it’s more of a small bonus you accumulate over time to get some bonus units and technologies from the Consulate.
Ethiopia and Hausa have more interesting decisions to make on how they generate Influence and have to decide on trad offs. Like Coin or Influence in the Monastery.
Also they have more choices on how to use the Influence.
With the Consulates you have more or less 1 shipment and 1 army per age and they cost relatively much.

Export is not passively collected by all villagers that gather any resources anymore.

Trade Posts can now collect Export instead of XP or the other resources like they can collect Influence for the African civilisations.

Export Crates are added to the game and can be send from the home city.

Every civilisation gets an unique way to generate export.
Maybe Japanese shrines can be set to generate Export instead of other resources.
Maybe new tea plantation building for China.

Export cost for everything is increased so that 1 export = 1 food/coin/wood.
5 Musketeer shipment would cost 500 Export.
Earlier and later Armies should be more balanced in cost/performance.

Army sizes are reduces so they are more like Banner Armies.
So you don’t have to buy 9 Redcoats if you just wanted a Falconet but you don’t just get the Falconet alone either.
For example 3 Redcoats and 1 Falconet.

Maybe like Banner Armies all Consulate Armies should be a mix of two units so you can’t just spam one unit and just use the Consulate units instead of your own.
For example 3 Musketeers and 2 Grenadiers instead of just a 6 Musketeer option.

In my opinion:
They are good as it is.

They all work very nicely and export is used to enhance the Asian civs to cover a few holes, and not giving them all possible options in the game: this is not Mexico and no civ should or must be like Mexico ever again. Plus TPs were meant to collect general resources in a standard way and not export.

Every civilisation gets an unique way to generate export.

Why? What for? They all behave differently already They are the most unique civs inside a faction in Legacy.

it’s more of a small bonus you accumulate over time to get some bonus units and technologies from the Consulate.

I would say, not every Western civilization has to be an ally at Asian Consulate.

The interaction between the United States and the Qing Dynasty may be later than that of other European countries, but it is crucial to Chinese history. Their military and diplomatic assistance (eg. Ever Victorious Army and Open Door Policy) to the Qing Dynasty is known to anyone who studies modern Chinese history. In contrast, Germans and Swedes are actually less important. 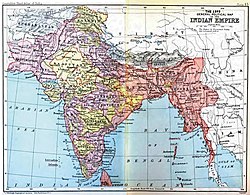 Dutch India consisted of the settlements and trading posts of the Dutch East India Company on the Indian subcontinent. It is only used as a geographical definition, as there was never a political authority ruling all Dutch India. Instead, Dutch India was divided into the governorates Dutch Ceylon and Dutch Coromandel, the commandment Dutch Malabar, and the directorates Dutch Bengal and Dutch Suratte. The Dutch Indies, on the other hand, were the Dutch East Indies (present-day Indonesia) and t...

According to John Pomfret:

I would like to add the forth adjustment option at Consulate that Villagers gather export 80% faster but gather other resources 15% slower to help people who want more export. Maybe that is it.

Of course consulates and exports need a rework that much is obvious, they were never right.

The question is HOW I’m not entirely sold on your solutions.\

We need to establish some fundamentals first.

Export as it currently as it is today is nearly uncontrollable, but the civs are designed with consulates in mind…even if they’re unreliable…
On the other hand we can’t change it too radically so as to not alienate former legacy AD players.
There needs to be a way to change how foreign units are recruited does it go closer to Ethiopia and Hausa or closer to USA/Mexico/Malta.

An idea of mine to make export more controlable is to give consulates a sort of lombard mechanic you can export food, coin, and wood (or all three) for a trickle of export, but that still has a fixed upper limit.

Export now kinda feels like a second XP.
XP is mostly collected passively and you don’t have much control over it. Everything you do creates a little XP.
Export is similar.

But I do like that Consulates don’t work like African Alliances. You can’t just add more alliances you always have to choose one at a time.

An idea of mine to make export more controlable is to give consulates a sort of lombard mechanic you can export food, coin, and wood (or all three) for a trickle of export, but that still has a fixed upper limit.

That could be one interesting option.

Another simple way to make export more of a controllable resource is make rice paddy’s generate export as a 3rd option. Since all three Asian civs have rice paddy that would be fair to all of them.

I thought about that but that would be too easy.
It should be harder to collect then Influence and Influence can’t just be collected by villagers in a building (the monastery needs a mine).

Yes but export unlike influence you can ONLY spend it in the Consulate, Influence has far greater applications than a small selection of units and shipments.

Consulate shipments are strong and should not be able to be spammed.
If you play Chinese you shouldn’t be able build half of your army out of Musketeers.

I don’t see a problem with that.

You can only have ONE consulate, you can’t spam musketeers as well as any civs that actually has musketeers. Just like with USA you can’t actually use foreign legions to replace USA units. Dragoons are better than carbine cav, but you can’t keep up with just dragoons, you have to have SOME carbine cav.

Same with Mexico, Spanish musketeers are more effecient than Soldeos but they can’t be made from Barracks only Forts.

Another thing that has been discussed is that what you earn is not equal to the resources you sacrifice, so there could also be a rework on that to make it fairer.

Remember that apart from delivering foreign units, it also provides other bonuses such as military and economic buildings, and buildings that grant upgrades. (In addition to the passive bonuses granted by each ally).

Export Crates are added to the game and can be send from the home city.

This is basically importing “export” which doesn’t make any sense. All current shipments deposit it directly.

It’s not a huge difference, but a Teahouse as a Tavern equivalent could be an export generating building.

In my opinion, scrapping the whole export resource would be the best route to go for the consulate.

Maybe like Banner Armies all Consulate Armies should be a mix of two units so you can’t just spam one unit and just use the Consulate units instead of your own.

I think this would make it inviable altogether

I do like the idea of maybe changing the more expensive armies to say maybe cost comparable but have different compositions, like I think the most expensive army should only be like 1000 export

I dont like the idea of making export more like how influence work with the TP, that can get unbalanced pretty fast, also its not very interesting. (like just thinking right now, it would make the china tea export opening almost lightning fast, and get a blockhouse wagon across the map by like 2-3 mins)

I think they could add some ways to get additional export as the 5/10% setting on consulates is pretty inefficient.

It’s not a huge difference, but a Teahouse as a Tavern equivalent could be an export generating building.

I like the teahouse concept and generally agree that the tavern needs to change.

I changed my ideas on how Export and Consulates could work:

Persia should also have the Consulate system with the Bazaar building.

I do have to say like the consulate build limit is never really a problem, even in the the lategame, you get a batch of unit as it instant train when you have a card like Good faith agreement so there isnt really a point to more consulates.

One building can only be in one place.
On lager maps like in team games you probably want one in more then one place.
And if you build a forward base you don’t want to have to delete the Consulate at home.
It’s not the biggest issue but it can be an annoying limitation.

Having it in multiple places seems useless to me tbh, since it doesn’t do anything else besides just being a unit production building. Since you are using what is supposed to be a more scarce resource, its not something I would ever need multiple of it to produce in different areas, Asian civ can produce more then well enough.

Like personally the consulate is a overpop mechanic to allow power spikes and that is an interesting trade off compared to how influence works, where you have train units normally so are subject to the normal pop cap. Like export is great for china because they can overpop to a ridiculous degree with it .

so like using export for outlaws kinda go against it for me.

There is no need to increase the Consulate build limit, just make the Consulate units appear from the shipment drop point instead of the Consulate. It also makes sense, consulates are diplomatic offices do it do not train units but inform the home country to deliver the required shipments.