OMG I think you did it!!! Sorry for the delayed response.

I’ve just tried with any Random Map maps like coastal, and ghost lake by choosing your new “Food to Fruit (Vegan) mod” on single player, it worked without any issues, yay!

And I’ve tried Empire Wars too, no issues as well. Random maps too no issues, no crash even on 8 players I put all 7 AIs. I ran with some cheat codes to speed up the testing as it’s already late night at my end, I hadn’t ran a full game yet, maybe tmr with my father.

Yes there’s boar bushes, cow bushes around but they were all replaced with forage bushes and some lemon bushes, I’m not sure what they replaced, maybe some wild goats in the forest, but they’re all bushes, which is good!

While for Rice Farms on water, maybe we can try swap the green patches ones with the seaweed? As I feel seaweeds grow on deep water while shallow water has more green patches plants like lotus, water crests, etc, more realistic this way.

And for the fish traps, maybe red is better to make it more distinguishable than all green, if it doesn’t look fake.

The person who hosts on a Random map will crash playing against AI after an indefinite game time with unknown trigger.

And I find something funny, as below: 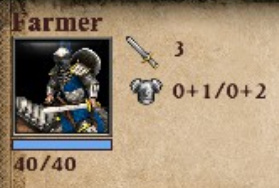 A farmer with a knight’s portrait.

A farmer with a knight’s portrait.

No I was using Persians, I created a lot of knights. I had a Byzantines ally though. Not sure if that’s the reason

No I was just saying the portrait is cataphract’s instead of a knight’s. That’s all I said.

On the issue itself, I’ve got nothing to say.

Hahaha I’m not a Byzantine main player, can’t tell yet.

But yeah thanks for pointing that out

The person who hosts on a Random map will crash playing against AI after an indefinite game time with unknown trigger.

That’s been my experience, as well. Glad that Empire Wars works…

That cataphract image is a bug I’ve seen multiple times now, but I have no idea why. Especially because it affects units that haven’t been touched.

While for Rice Farms on water, maybe we can try swap the green patches ones with the seaweed? As I feel seaweeds grow on deep water while shallow water has more green patches plants like lotus, water crests, etc, more realistic this way.

If you could make an image showing what you mean, that would help. It gets a little confusing with everything being rice farms

Maybe a picture tells a thousand words. Here you go! 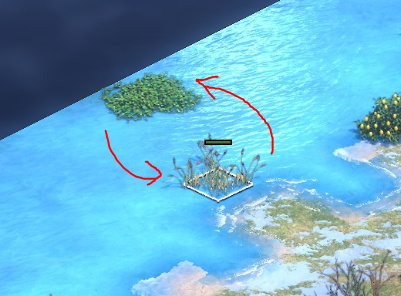 Let the seaweed be in the middle of the water, I think it’s more realistic this way.

Yup, if possible let’s figure out how to debug that crash so more people can play using random map with the mod you created.

The problem for now would be to get proper graphics. I don’t know (haven’t found a way) if texture scaling can be done inside AGE.

When I come around to edit graphics, I think I should be able to either make the “green floating plants” small enough to fit as a shore fish; alternatively: I could make the “grass” bigger, to fit the ocean fish size.

Another thing that just came to mind: I’m not sure if patches actually affect the data mod. This could mean, that every patch I’d need to convert the data mod to the latest patch. If that’s the case, I’ll definitely have to find a better solution.

Good to hear more from you!

I’m not sure if it’s the graphics problem, maybe there’s some graphical generate leaks somewhere in game hence the crash. I find it very heavy once I played the mod and exited AOE2 to windows (I’m using SSD), it takes a very long time to fully close the game, as I can see from Steam that it still showing AOE2 is still running, sometimes need to force stop from task manager manually.

That’s a feedback from me. For the rest, maybe you’re better in them. Cheers!