Figured out why the Hisar Academy food generation bugs out

I have FINALLY figured out why the hisar academy kept bugging out on me. There is an extremely weird interaction going on with the Hisar Academy and the Honed Blades research.

r/aoe4 - After 3 hours, i have finally figured out what bugs out the Hisar... 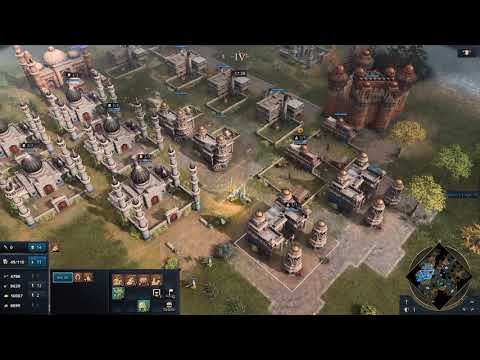 All the best parts of delhi are bugged like this

Good find, thank you for the effort!

Good find, thank you for the effort!

no problem. glad to know this is acknowledged. i eagerly await the day when i can use man at arms, honed blades, and the hisar academy together again!

Good job this is big.

i am obliged to tell you that none of these bugs have been fixed and the honed blades now takes forever to research and has removed +1 attack bonus from it. also the tower of victory does not give any reduced attack speed to men at arms and does not apply 15% attack speed reduction to other units as well. i’d love to add that there are more bugs than ever wrt keeps research times getting exponentially longer if you have mosuqes full with scholars and less research time if no scholars in mosques. also monks dont auto heal if they dropped a relic.

yup i was about to say “bump” because i just checked and this bug is indeed still in the game. 2 months after i gave the exact reason the bug was occurring

other delhi bugs that are still present:

now that is some detectives work right there mate

Thanks scholar, unfortunately due to the way keeps worked your efforts actually increased the time it will take to get this bug fixed…

Now that’s been fixed, so I’m feeling hopeful your efforts now are reducing the remaining time to fix these bugs.

speaking of the keep bug… what’s funny, and also kinda sad, is that the keep bug was introduced in the november(?) patch and fixed in the january patch. while the bug this thread is made about has been in the game since launch, and is not fixed.

I posted about this pretty quickly on the actual patch note thread as well. For what it’s worth, we still have another month of rapid-crushing buildings with elephants we get for free every 60 seconds.

I’m still seeing this bug in the current patch. Annoying since we buffed Honed Blades research time this patch.

Also not sure if it should be consistently giving the same amount of food - but it seems to change a lot. I had it peaking at just under 600 and then would hover around 480. idk the logic there.

The best part of playing Delhi is that the good exploits and bad bugs make Delhi playable. But you can’t really choose between the two age2 and age4 landmarks. You have to pick the same ones no matter what strategy you are playing. The only choice you get is in age3 landmarks.

alright here we go. will this be the patch where honed blades + hisar academy is fixed? will delhi finally be able to use two of their landmarks in conjunction without making one of them useless? i’m excited to find out when the patch drops.

this bug is still not fixed. just tested. so, i guess we’ll have to wait one more month for the chance of having this fixed and being able to use the hisar academy and honed blades in conjunction.